Trade between Latin America and India has been growing rapidly in recent years but has the potential to expand much more, a new study by the Inter-American Development Bank and the Export-Import Bank of India shows.

Bilateral trade has grown twentyfold in the last decade to $40 billion. However, trade is concentrated in a few countries and products. Venezuela, Mexico and Brazil accounted for two thirds of the region’s shipments to India – mostly comprised of extractive products such as petroleum and copper. India, for its part, mainly exports industrial manufactured goods to the region but has the potential to export much more.

The new report – A Bridge Between India and Latin America: Policy Options for Deeper Economic Cooperation – analyzed the trade profiles of the two regions and found the two are highly complementary rather than competitive. The study shows potential for Latin America and the Caribbean to expand its exports to India by $69 billion and for India to add up to $263 billion in additional exports to the region.

While those numbers represent the upper limits, more modest but still significant gains could be achieved by enacting reforms aimed at reducing trade costs. In the mid-term Latin American and Caribbean (LAC) exports to India could grow by 42 percent, or $7.6 billion in additional goods shipped annually. Indian exports to the region could rise by 46 percent, or $8.6 billion in added exports.

“Latin America and India are not yet on each other’s radar screen and neither can afford it,” said Fabrizio Opertti, the IDB’s Manager of the Integration and Trade Sector. “As this report suggests, there is a massive trade potential to be unlocked. To bring these two regions together will require an effective institutional framework as well as businesses and people-to-people networks.”

“Latin America has a young, educated, skilled workforce, and rich reserves of agricultural and natural resources,” said David Rasquinha, Managing Director of the Export-Import Bank of India. “It is increasingly considered an important investment destination due to its growing industrial and manufacturing strength. India offers immense opportunities for collaboration, trade, and investment for partner countries from Latin America.” 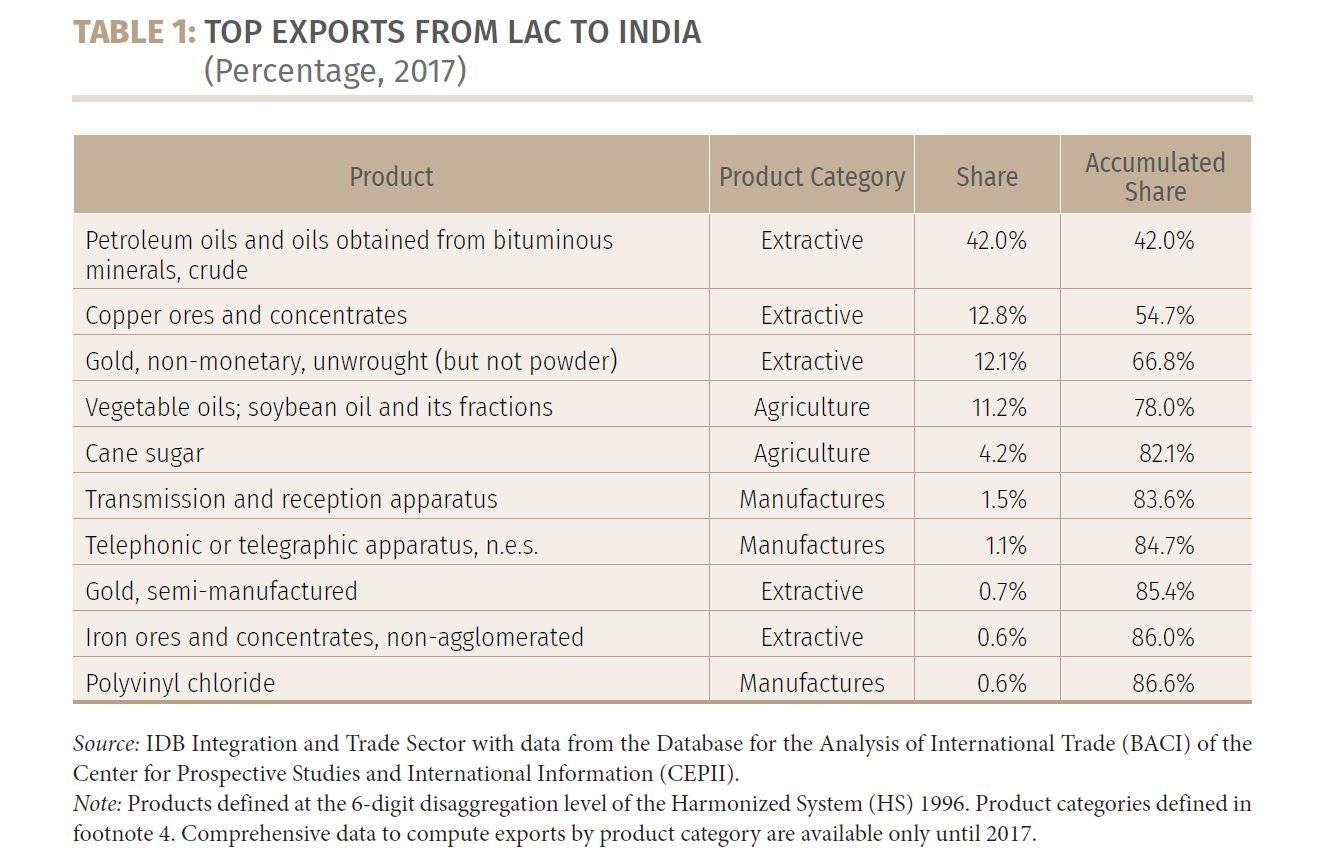 A combination of transport challenges and other tariff and non-tariff barriers elevated total bilateral trade costs between LAC and India to an average of 198 percent in 2016. The cost of trading between India and Brazil, Mexico, and Argentina is the lowest, at 138 percent, 147 percent, and 148 percent, respectively. In contrast, the cost of doing business with Jamaica, El Salvador, and Guyana is near to prohibitive (289 percent, 280 percent, and 265 percent, respectively).

“The steep trade costs are not unsurmountable,” said Paolo Giordano, an IDB trade expert who coordinated the study. “Governments can be more strategic in guiding investments and policy reforms in key areas that could make it much easier for two-way trade to flourish to its true potential.”

The report recommends, among other things, increasing the coverage of trade and investment agreements, enhancing trade facilitation measures, undertaking proactive and targeted trade promotion activities, as well as boosting investment in infrastructure and promoting reforms in the logistics sector.

The report also analyzed investment trends. According to official figures, in the ten years running from 2008 to 2018 Indian firms invested in LAC US$ 704 million. This stock of FDI represents only 1% of total Indian outward equity investment. Latin American firms invested just $505 million in India between April 2000 and December 2018, or just 0.1 percent of the total. 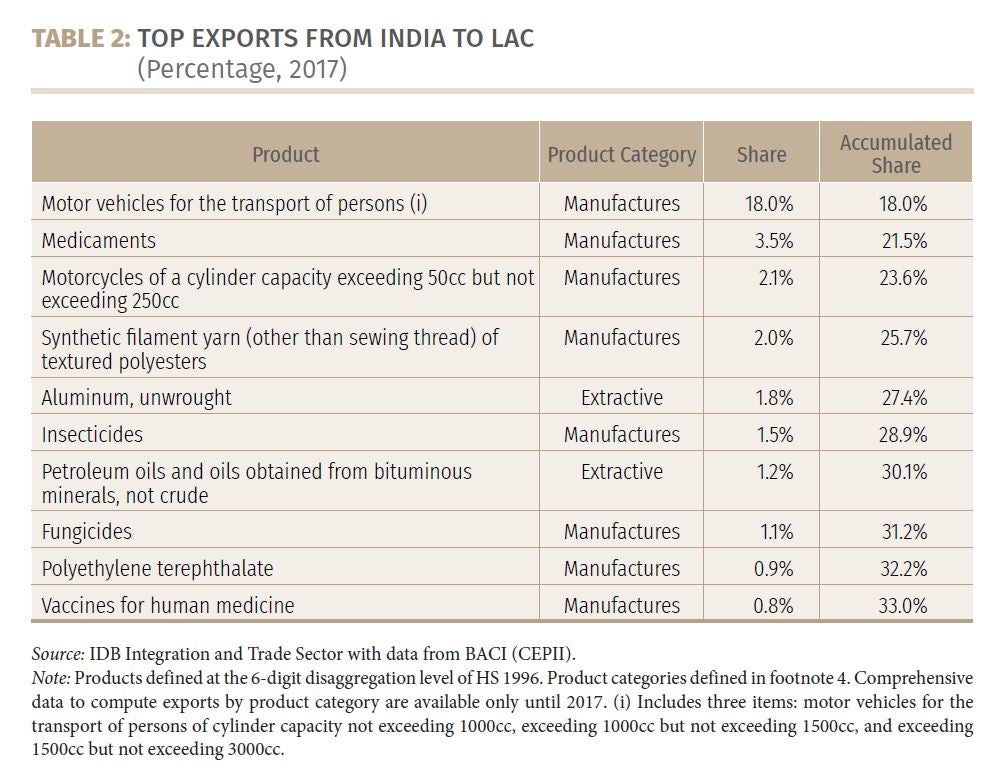 The study was issued on the side of India-LAC Trade and Investment Roundtable held on June 11, jointly organized by the IDB and the Federation of Indian Chambers of Commerce and Industry. The event seeks to lower the information barriers and to foster business-to-business and people-to-people contacts. It is attended by business leaders and government authorities from India as well as ambassadors from Latin America and the Caribbean, with special presentations by James Scriven, CEO of IDB Invest, highlighting the private sector opportunities for India at the Inter-American Development Bank Group and by Fabrizio Opertti, Manager of the IDB’s Integration and Trade Sector, covering how India and LAC can best maximize their trade, investment and cooperation potential. 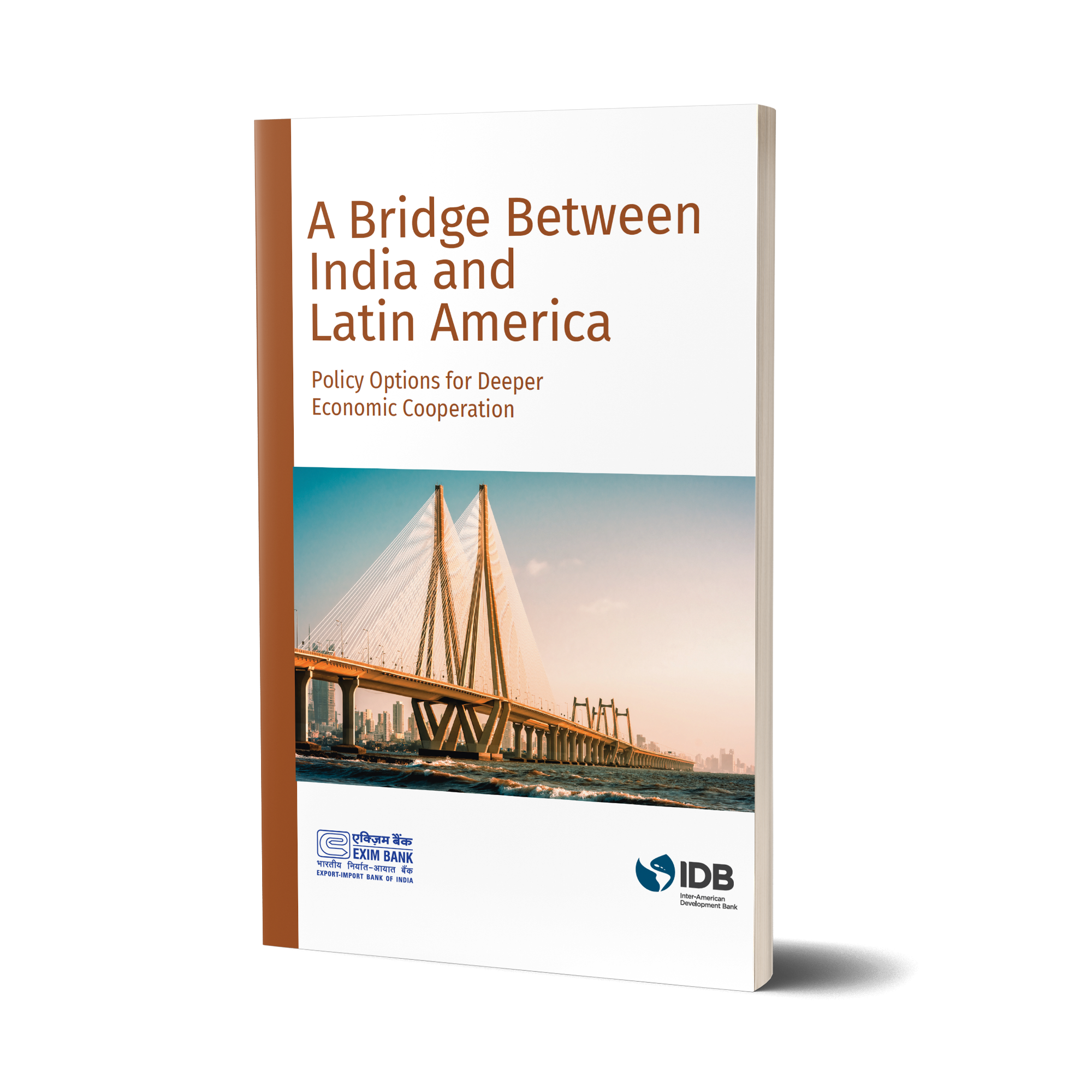 More information about the trade sector at the IDB

Beyond Borders, our blog about trade, integration and investments