Latin America and the Caribbean: Public revenues rebound in 2017 after dip in 2016

SANTIAGO, Chile – The average tax-to-GDP ratio in Latin America and the Caribbean (LAC) rose to 22.8% in 2017, a gain of 0.2 percentage points from 2016, according to Revenue Statistics in Latin America and the Caribbean 2019. The report, launched today at the XXXI Regional Fiscal Seminar in Santiago, Chile, finds that the rebound was primarily driven by Caribbean countries and in particular Guyana and Barbados, on the back of tax policy and administration reforms. The LAC average remained 11.4 percentage points below the average of OECD member countries (34.2% of GDP in 2017) but the difference between the two regions has declined from 16.4 percentage points in 1990.

The increase in the unweighted average tax-to-GDP ratio in the LAC region in 2017 reversed a year-on-year decline of 0.1 percent points in 2016 and reflected an overall recovery in the regional economy. However, the year-on-year change was uneven across the region: while tax revenues increased as a proportion of GDP in 12 countries, they declined in 10 and remained unchanged in two. Moreover, tax-to-GDP ratios across the LAC region vary significantly, ranging from 12.4% in Guatemala to 40.6% in Cuba.

The LAC region continues to rely on taxes on goods and services, with value-added taxes alone accounting for 27.9% of total tax revenues on average in 2017, equivalent to 6.0% of GDP. Over the past decade, corporate income tax (CIT) revenues have declined as a percentage of GDP whereas revenues from personal income tax (PIT) have steadily increased, respectively reaching 3.4% and 2.2% of GDP on average in 2017. However, while CIT revenues remain higher than the OECD average (2.9% of GDP), PIT revenues are still well below the OECD average (8.2% of GDP). Overall, the average tax structure in LAC has evolved to be closer to the average OECD structure, thanks to an increase in revenues from income taxes and value-added tax (VAT) and a decline in revenues from taxes on trade.

Environmentally related taxes are an emerging source of revenues in a number of LAC countries. Across the 22 countries for which data are available, revenues from this source averaged 1.1% of GDP, versus an OECD average of 1.6%. In recent years, Chile, Mexico and Colombia have introduced significant green tax reforms.

A special feature for the 2019 edition highlights differing trends in hydrocarbons and mining fiscal revenues in 2017. Hydrocarbon revenues stabilised during the year, at their 2016 level of 2.3% of GDP, after falling sharply between 2014 and 2016. Mining revenues rose from 0.3% of GDP in 2016 to 0.4% in 2017 as CIT receipts surged. Fiscal revenues from non-renewable natural resources, both from hydrocarbons and mining, are estimated to have grown in  2018 as international prices remained strong in the first half of the year; a substantial price correction in the second half of the year put into question the sustainability of this recovery.

A second special feature highlights that property tax levels are low relative to OECD countries and are not at the level required to help local governments meet the challenges of increasing decentralisation, extensive urbanisation and growth in informal settlements. 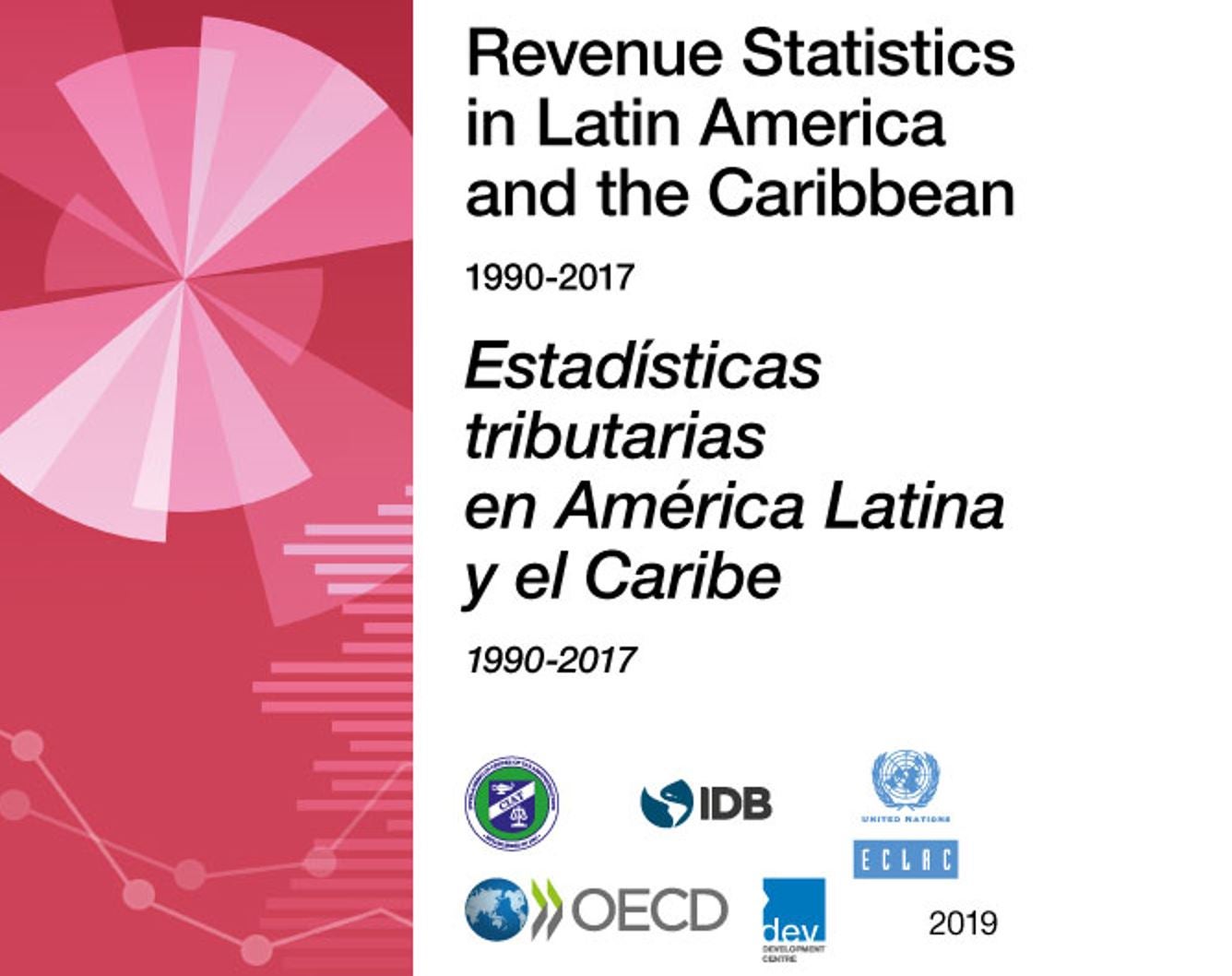 Revenue Statistics in Latin America and the Caribbean 2019