A combination of economic shocks could lower growth in Latin America and the Caribbean by an annual average of up to 1.7 percent in 2019-2021 of GDP, according to the Inter-American Development Bank’s Macroeconomic Report, bringing the baseline growth rate from 2.5 percent to just 0.8 percent.

The report -- Building Opportunities for Growth in a Challenging World -- calculates the impacts of slower growth in the U.S. and Chinese economies, plus a rise in US interest rates. It also calculates potential impacts on Latin America and the Caribbean caused by a disorderly Brexit (the UK exiting the European Union without an agreement in place), which could trim an additional half a percentage point from the region’s growth projections.

“The potential impacts are of concern because Latin America and the Caribbean is already one of the regions with the slowest annual growth rates in the world,” said IDB Chief Economist Eric Parrado. “We are hopeful that some of worst-case scenarios may be averted, and the report charts a course for the region to obtain a big growth boost by investing in much-needed transport, telecommunications and other infrastructure.”

The calculations are based on a statistical model and the report includes a section on how countries can close the infrastructure gap.

The external shocks are calculated on China’s GDP growing 0.9 percent slower than expected per year, and the US growing 0.4 percent slower than the baseline scenario for 2019 and 2020, plus a resulting financial shock from falling equity prices in the United States, the United Kingdom and the Euro area. In addition, a 1 percent slowdown in the UK due to Brexit would trim half a point from the region’s three-year baseline scenario, underscoring the interconnectedness of the global economy.

On the positive side, the region’s larger economies could help counter the global economic headwinds. A positive shock of just 0.3 percent of GDP growth above baseline in the five largest economies (Argentina, Brazil, Chile, Colombia, and Mexico) would translate into about 0.5 percent higher growth for Latin America and the Caribbean for each of three years, on top of the baseline 2.5 percent growth – or a total increase of about 1.5 percent of regional GDP.

The report also analyzes country and corporate debt exposures and fiscal space for adjustments. Fiscal deficits remain high in many countries and further adjustment will be required to eventually stabilize debt-to-GDP ratios.

The report identifies ways in which countries can enhance growth in the current context. More and better-targeted infrastructure investments can enhance growth prospects. Public investment is constrained by tight budgets, but the window of opportunity to pursue greater private financing is open in the context of low worldwide interest rates, the report says.

For the region on average, the estimates are that if countries can increase investment levels in infrastructure sectors enough to close the gaps with OECD countries for example, then the economy-wide productivity growth could increase by 75 percent with respect to the historical average.

Using detailed models for a set of representative Latin American and Caribbean countries, it is found that relatively small efficiency gains in infrastructure-related sectors can yield significant growth benefits to the region. On average, a 5 percent increase in efficiency indicators could increase growth rates by 3.6 percentage points over a 10-year horizon. 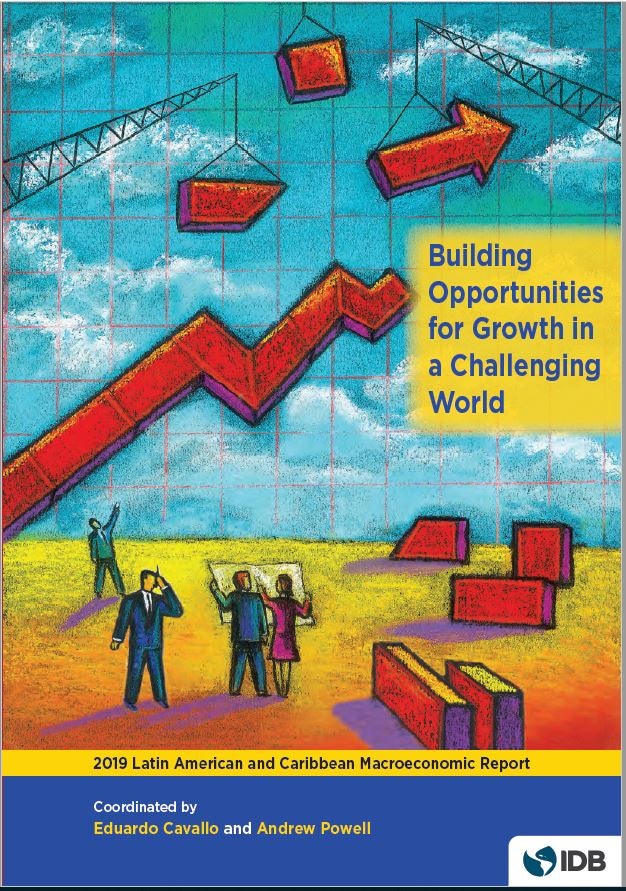