Exports from Latin America and the Caribbean to Korea could grow by about US$10 billion, or 43%, if a set of reforms to reduce trade costs are implemented and bilateral cooperation reach new levels, according to a study by the Inter-American Development Bank.

The report, Stepping Up Cooperation, Policy Options for Latin America and Korea, was presented during the 5th Korea-LAC Business Summit, held in Seoul, Korea, on October 7th and 8th.

Nearly 1,000 top government officials, businesspeople and academics participated in the Summit, aiming to expand and strengthen commercial and investment ties between Korea and the region.

In the last two decades, trade between Korea and Latin America and the Caribbean multiplied by four, growing at a faster pace than world trade and reaching US$ 43 billion in 2018, up from US$ 11 billion in 2000. Korean exports to the region reached US$ 26.7 billion in 2018, while LAC exports amounted to US$ 16.2 billion.

However, trade could grow much further. According to the report, Korean exports to Latin America and the Caribbean could raise an additional US$ 25 billion, or 63%, with the implementation of a set of reforms geared towards the reduction of trade costs.

Foreign direct investment has also increased over the past two decades. Korean investment flows to the region reached a peak of US$ 2.4 billion in 2015 but have subsequently faced challenges to keep the momentum and are mostly being absorbed by two markets, Brazil and Mexico.

“To prosper even more, we should encourage the economic relationship between South Korea and Latin America and the Caribbean to move beyond the traditional commodities-for-manufactured goods pattern. Diversity in trade will be key to ensuring sustainable bilateral growth”, said IDB President Luis Alberto Moreno.

During the event, export and investment promotion agencies and representatives of governments from both regions discussed and learned about opportunities for expanding business in areas such as infrastructure, energy, technologies for smart cities, digital healthcare and agriculture, and innovation in trade facilitation and investment promotion.

The event also included a Startup Pitch Day, a series of sessions to connect Korean and Latin American entrepreneurs, investors and support institutions. It also featured one-on-one business matchmaking meetings between companies and startups from Korea, Uruguay, Argentina and Colombia.

“The opportunities of the LAC-Korea strategic partnership are far from being exhausted. Commercial flows stand below their potential and firms have a myriad of business deals at their reach. Reviving trade and investment with a new vintage of cooperation initiatives is a priority”, said Fabrizio Opertti, Manager of the IDB´s Trade and Integration Sector.

Although trade costs between Korea and LAC have been decreasing steadily, the average bilateral total trade costs amount to 189% of the value of goods traded, according to the report. “We need to work on overcoming and lowering logistics, transportation and tariff costs”, said Opertti.

During the event, IDB and Korean representatives also analyzed Korea’s contribution to LAC since that country joined the Bank in 2005. During the country's nearly 15 years in the IDB, Korean trust funds have contributed more than US$600 million to projects to improve lives.

The Korea-LAC Business Summit, held at the Shilla Hotel Seoul, was organized by the IDB, Korea’s Ministry of Economy and Finance (MOEF), the Export-Import Bank of Korea (Korea Eximbank) and the Korea Trade-Investment Promotion Agency (KOTRA). Since its first edition in 2007, the event has grown to become the premier gathering of businesses interested in this growing commercial relationship.

The Inter-American Development Bank's mission is to improve lives. Founded in 1959, the IDB is one of the main sources of long-term financing for the economic, social and institutional development of Latin America and the Caribbean. The IDB also conducts state-of-the-art research projects and provides policy advice, technical assistance and training to public and private clients throughout the region. 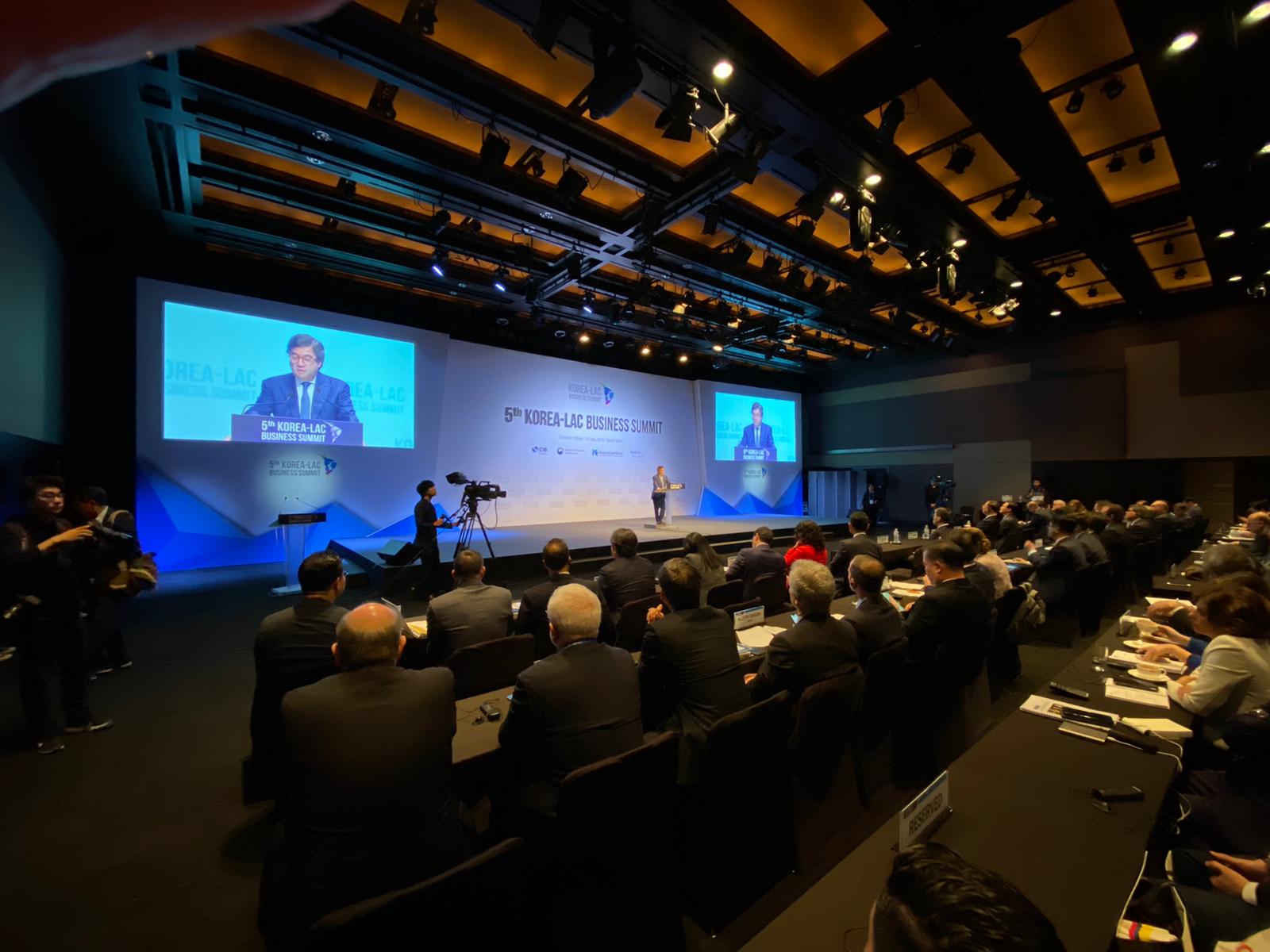 Read our blog on trade and integration