The IDB brings regional Governors to its Washington, D.C. headquarters to consider policy options to speed up growth and reduce poverty

The Governors of the Inter-American Development Bank’s (IDB), Central American Isthmus and the Dominican Republic held their 33rd Annual Meeting to discuss options to achieve higher growth rates and foster productive activities in the years to come. The region grew 3.8 percent in 2018, way above the 1.1 percent average for Latin America and the Caribbean as a whole. In addition, it is expected to grow 4.2 percent in 2019.

Taking into account the strong link between regional growth sustainability, the state of public finances and the international environment –marked by liquidity shortage, higher financial costs, oil price rises and a drop in the price of coffee, one of its top exports– the Bank’s Governors and experts studied the likely impact of different scenarios in the region.

Assessing different policy options, IDB President Luis A. Moreno invited participating regional countries to consider the potential benefits from an agenda that combines actions in three strategic areas: improving public spending quality and effectiveness, tackling institutional inefficiencies that may hamper private investment, and digital transformation, which can improve the quality of public services provided to the population. On this latter point, Moreno said: “For the region, taking full advantage of this so-called fourth industrial revolution goes hand in hand with the potential offered by its labor force to boost up growth”; he particularly emphasized the importance of training the region’s youth for the economy of the future.

During the event, the Governors and IDB experts held a number of sessions to examine 2019 world economic prospects and their likely impact on the region, as well as policy options in a number of aspects, including spending efficiency, trade policies, energy reform and digital transformation. The latter discussion included the participation of Cristina Zubillaga, Assistant Executive Director of Uruguay’s Agency for Electronic Government and Information and Knowledge Society (AGECIC), who shared her country’s achievements and challenges in adopting a digital agenda for the 21st Century.

In the face of all these challenges, the IDB Group has strengthened its commitment with Central America and the Dominican Republic. In the IDB Group’s Central American Isthmus and the Dominican Republic: 2018 Activities Report, the Bank’s authorities emphasized the approval of $2.95 billion in financing for new projects in the region. Of this total, $2.5 billion were IDB loans to the private sector—a record that was 36% higher than the average for the 2013-2017 five-year period.

IDB Invest, the IDB Group’s private sector investment arm, financed 15 operations in 2018 for a total $417 million, whereas IDB Lab approved 12 projects for $12 million. In addition, another $50 million came from donations, among other things to support efforts to regional initiatives such as Mesoamerica Health and the new Regional Initiative to Eliminate Malaria (IREM, after its Spanish initials) in Mesoamerica and the Dominican Republic.

The governors meeting was in preparation for the IDB’ general Annual Meeting to be held March 28-31 in Chengdu, People’s Republic of China. 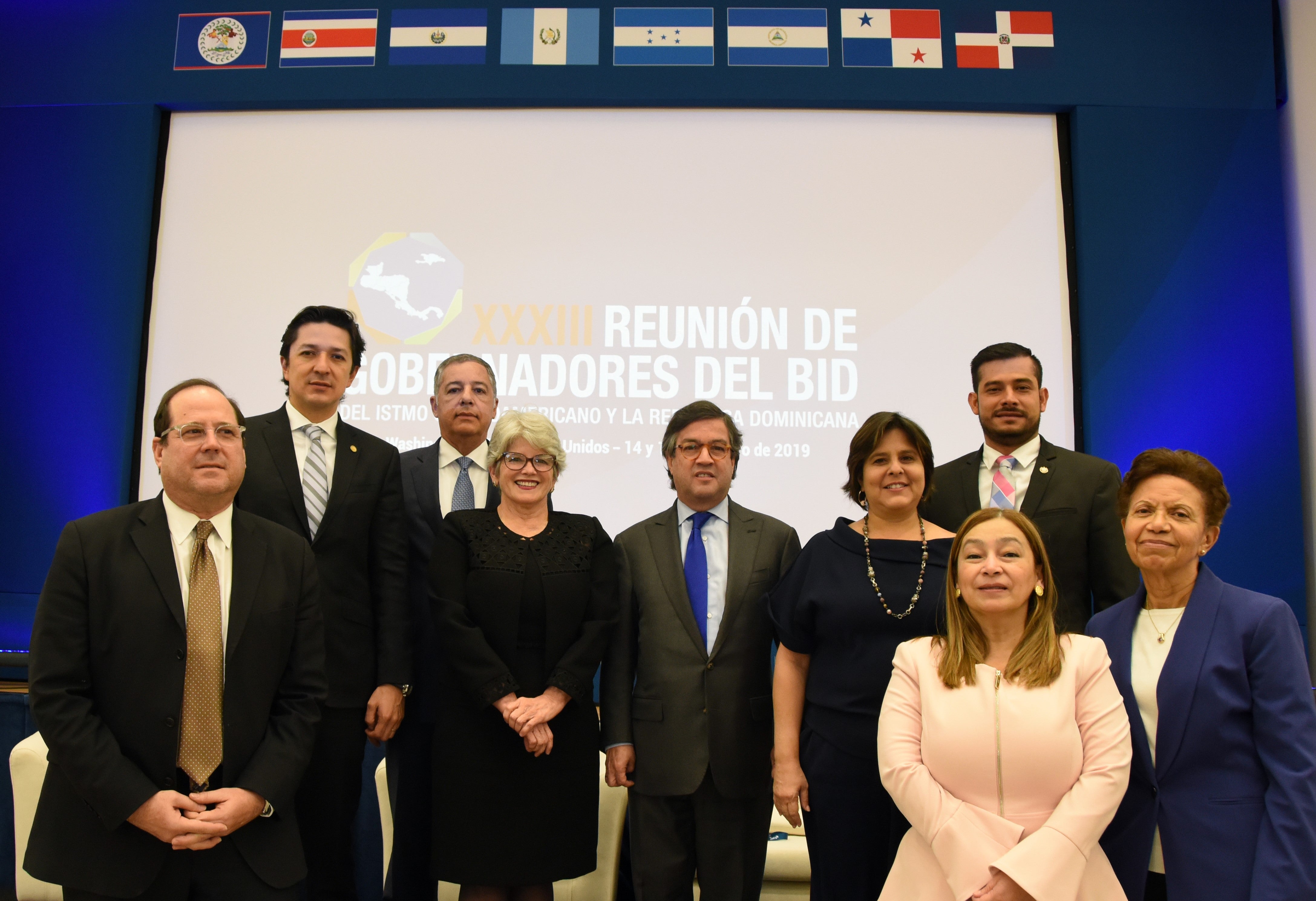 Central America and the Dominican Republic and the IDB