Washington, D.C. -- The Inter-American Development Bank (IDB) today concluded its official 60th anniversary celebration with a “Voices for Development” seminar, where leaders discussed the importance of women’s empowerment, sustainable infrastructure and the challenges that the digital revolution represents for institutions.

During the two-day event, the IDB and invited experts took stock of the progress that the countries of the region have made and analyzed the challenges they face at a time of global uncertainty. Among the presidents, renowned personalities, business leaders and academics who attended were: Michelle Bachelet, United Nations High Commissioner for Human Rights; Rafael Reif, President of the Massachusetts Institute of Technology (MIT); David Bohigian, Acting President and CEO of the Overseas Private Investment Corporation (OPIC); Manuela Carmena, former Mayor of Madrid; Eleanor Allen, CEO of Water for People; and Vanessa Córdoba, soccer player on Colombia’s National Team.

In his opening remarks, IDB President Luis Alberto Moreno said: “Development is never a linear or mechanical process, and to meet the changing needs of our borrowers, the IDB has had to renovate itself again and again. The IDB’s culture of respect, its ability to listen and to adapt to a changing region and world, have allowed it to be a strategic partner.”

Moreno concluded by saying: "We can proudly affirm that today, we are a larger, more agile, more innovative, more transparent institution, with greater capacity to bring people together and exert influence."

Moreno then moderated a conversation with Robert Zoellick, former President of the World Bank, and Murilo Portugal Filho, President of the Brazilian Federation of Banks, both of whom stressed the importance of increasing financing to the private sector to boost productivity and close the infrastructure gap.

The Governors highlighted the important role that the IDB has played in turning Latin America and the Caribbean into a more just, inclusive and sustainable region. They thanked the Bank for its support during economic crises and natural disasters. They also asked the IDB to continue helping countries become more resilient to climate change, better tackle corruption, take advantage of the technological revolution and successfully address increased migration.

The "Voices for Development" seminar focused on empowering women, improving infrastructure and sustainability, and digital transformation in public institutions. The women's empowerment panel discussed how to eliminate the gender gap, how to encourage young women to study science and math, how to bring more women into tech fields and how to reduce gender bias in the digital world.

The seminar’s last panel looked at how the public sector can use technology to strengthen institutions and increase trust in governments. Panelists also discussed how citizens can use collaborative technology to play a more active role in writing laws.

The IDB’s 60th anniversary events end on September 28 with a creative festival in Washington, DC, to celebrate the region’s cultural and creative diversity. 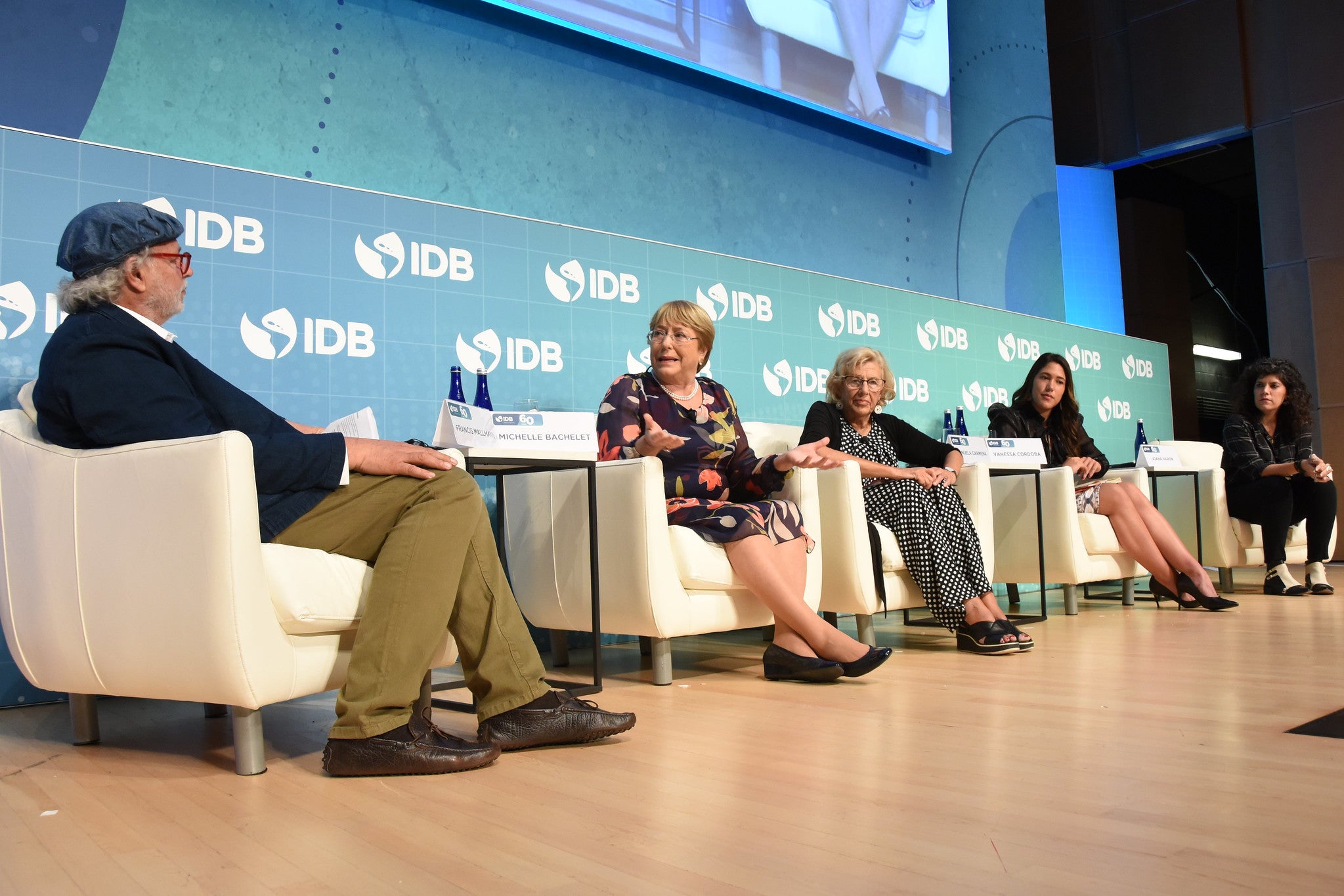 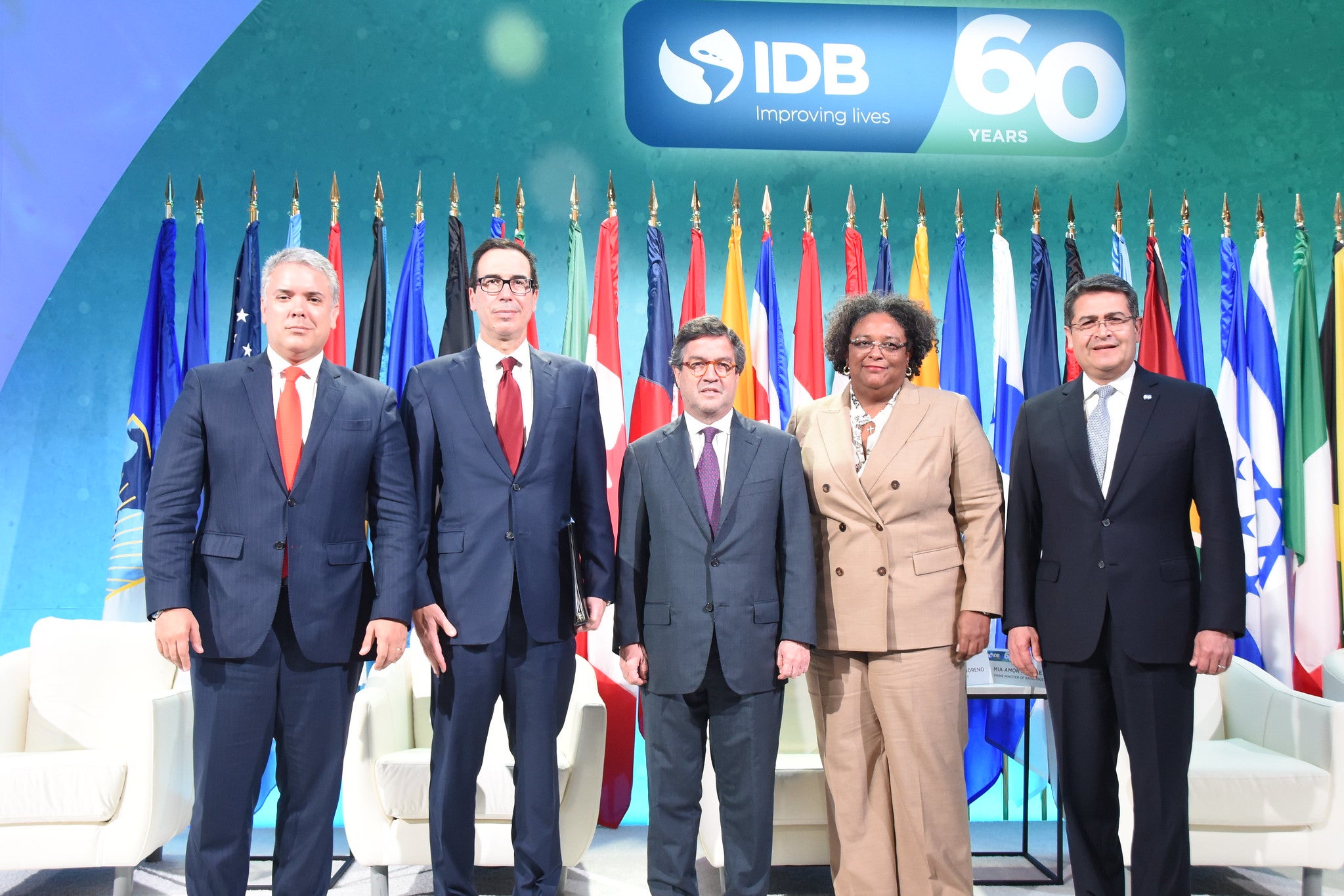