The Regional Initiative to Eliminate Malaria has presented today its first results to the heads of state and government of the region. The goal is for Central America countries, the Dominican Republic, Colombia and Mexico to be declared free of Malaria by 2022.

The Regional Initiative to Eliminate Malaria (IREM in Spanish) presented today to the heads of state and government of Mesoamerica the first results of the joint efforts being waged since early 2019 to eliminate malaria from these countries by 2022. It did so as part of the Summit of Heads of State of the Tuxtla Dialogue and Agreement Mechanism being held in San Pedro Sula, Honduras.

The IREM identified 183 active outbreaks of malaria in the countries of Central America, Colombia, the Dominican Republic and Mexico. This first achievement will allow for planning the work of local teams charged with detecting and treating new infections in humans with the goal of stopping the transmission cycle of this disease. One of the new features provided by the IREM is to ensure an accurate diagnosis in the first 48 hours after symptoms of malaria appear, and pharmacological treatment of patients the same day a diagnosis is made. In this way it is guaranteed that the parasite is eliminated in humans, its only reservoir, preventing mosquitoes from spreading the disease with their bites.

The progress and goals of the IREM were presented by Verónica Zavala, manager of the IDB's department for the countries of Central America, Haiti, Mexico, Panama and the Dominican Republic. “Along with various strategic partners from the public and private sectors, we have built the Regional Initiative to Eliminate Malaria by drawing on the experience we gained with the Mesoamerica Health Initiative. This has made it possible in the past six years to provide quality health care to more than 1.8 million women and children with the implementation of an innovative results-based financing model. With the IREM, we are trying to eradicate the danger of catching malaria for those 18 million people who live in the active breaks areas,” said Zavala.

Zavala was accompanied at the presentation by Diana Measham, a senior officer of the malaria program of the Bill and Melinda Gates Foundation; Annelise Hirschmann, regional manager for Latin America and the Caribbean at the Global Fund; and Juan Manuel Sotelo, coordinator of the Central America program at the Panamerican Health Organization.

For this reason, in early 2019 the IDB helped create a public-private alliance that has already committed $102.5 million to finance the work of the IREM. The alliance comprises the IDB; the governments of the countries of Central America, Mexico, Colombia and the Dominican Republic; the Carlos Slim Foundation; the Bill & Melinda Gates Foundation; the Global Fund to Fight AIDS, Tuberculosis and Malaria; the Panamerican Health Organization; the Council of Ministers of Health of Central America (COMISCA); the Clinton Health Access Initiative(CHAI); and the Mesoamerica Integration and Development Project.

The Regional Initiative to Eliminate Malaria and the IDB 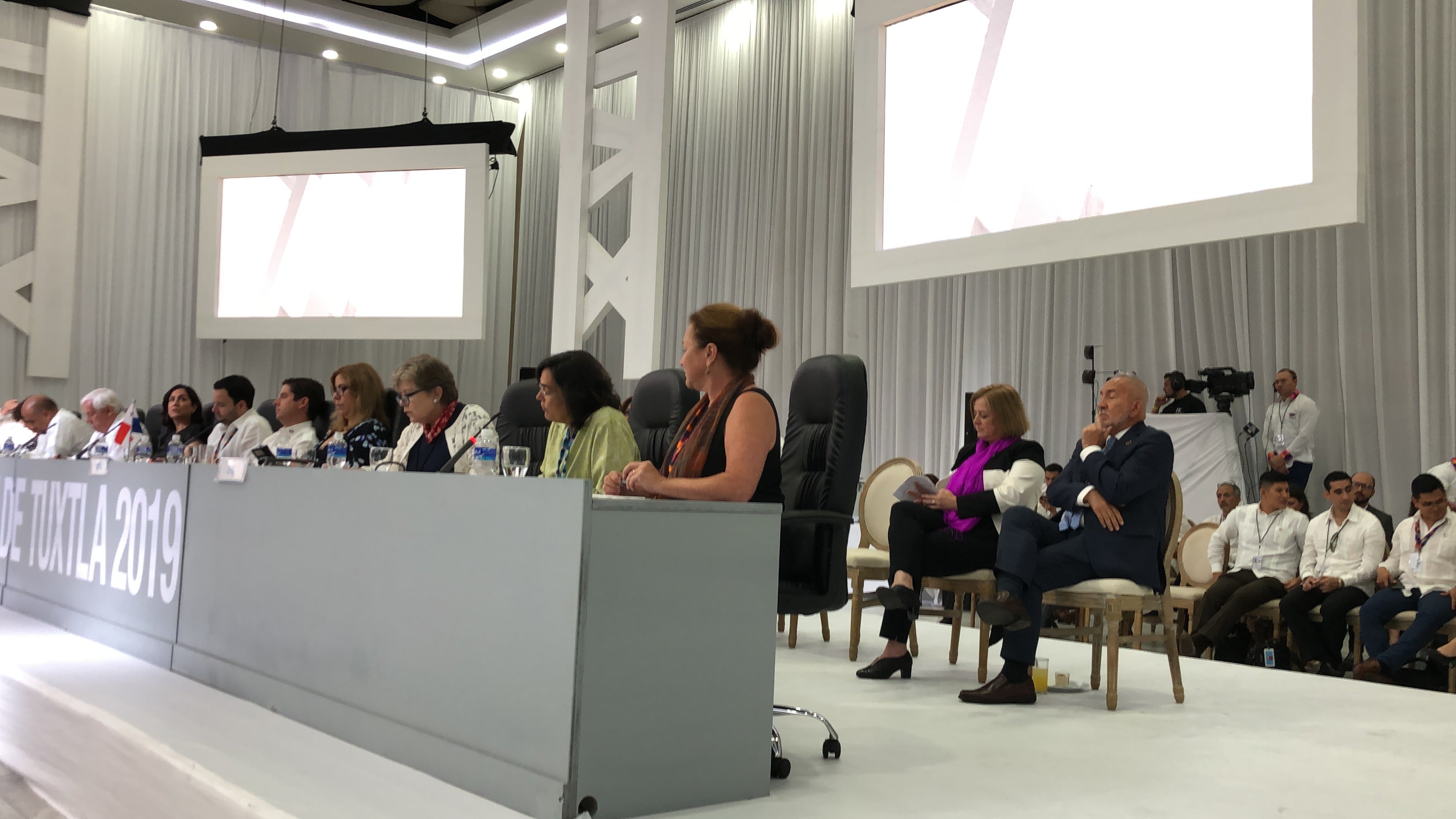 The Regional Initiative to Eliminate Malaria and the IDB