Latin American and Caribbean exports rise but at a slower rate

Exports from Latin America and the Caribbean hit their highest level in six years thanks to a 9.9 percent increase in 2018, albeit amid growing downside risks in the future, according to a new report by the Inter-American Development Bank.

The region exported $1.08 trillion last year. While this is the highest level since record exports in 2012, the rise fell short of the 12.2 percent growth rate for 2017. The region’s performance also lagged a worldwide trade increase of 11.6 percent for the Jan-Sept period (compared to the same period the previous year).

Mexico and the Caribbean region were above-average regional export performers, with South America lagging, according to the latest version of the series Trade Trends and Estimates: Latin America and the Caribbean. The report analyzes the region’s trade performance as well as its main subregions and countries.

A decline in mineral and agricultural product prices hurt export performance, which was only partially offset by higher oil prices.

“The evolution of exports from Latin America and the Caribbean continued to be positive,” said Paolo Giordano, principal economist of the Integration and Trade Sector at the IDB and the study’s coordinator. “However, there is a slowdown trend taking place in the context of growing external risks that could weaken the export performance in the future.” 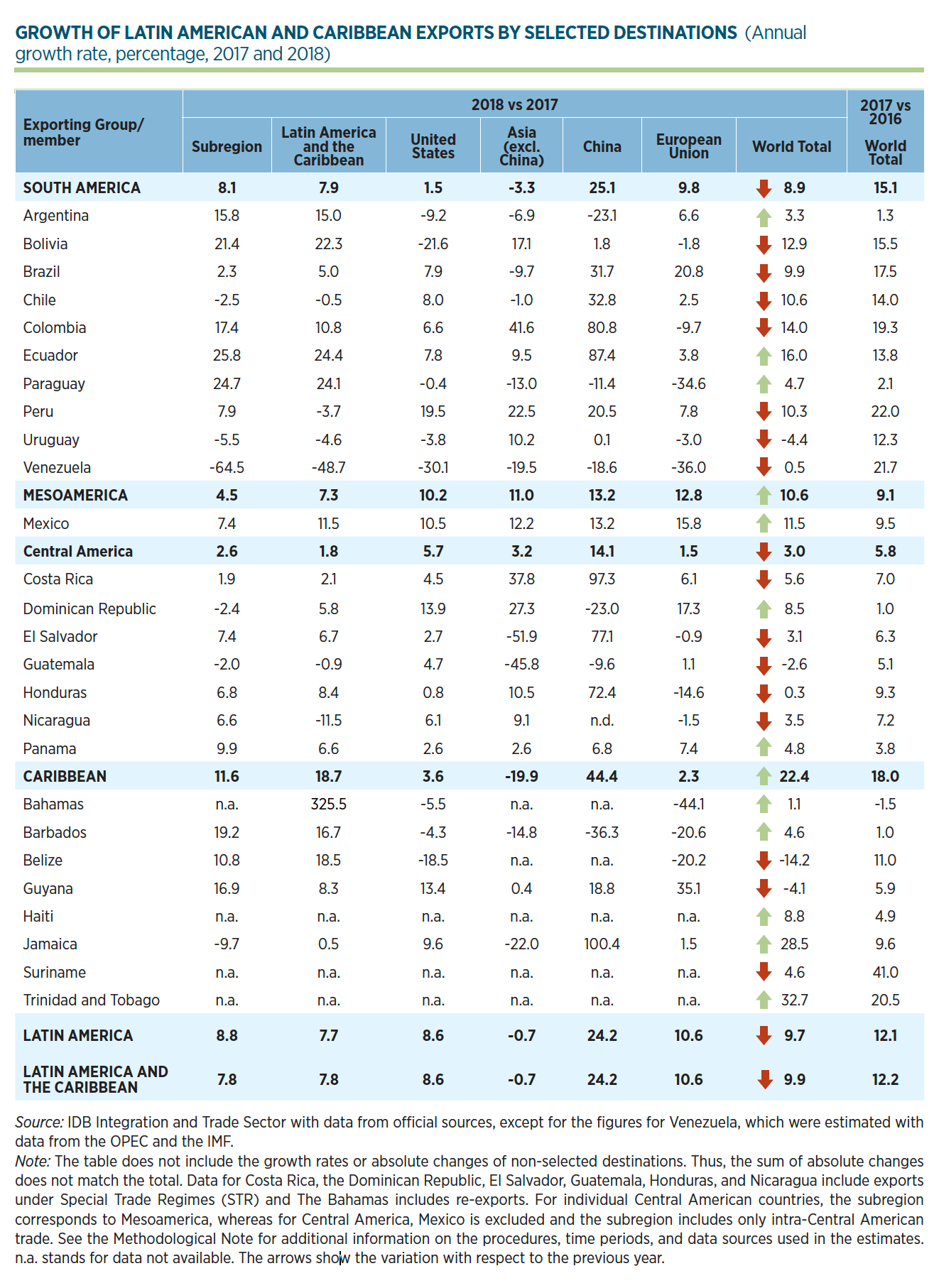 China continued to be an important driver of export growth for the region. Shipments to the Asian giant rose 24.2 percent in 2018, above the increase in sales to the United States (8.6 percent increase) and interregional exports (7.8 percent). Sales to the European Union rose an average 10.6 percent for the year but flattened sharply in the second half of the year.

Among the subregions, exports from the Caribbean climbed 22.4 percent in 2018. South America saw its exports rise 8.9 percent – a sharp decline from the 15.1 percent increase registered in 2017. Central America, Mexico and the Dominican Republic chalked up an estimated increase of 10.6 percent.

Last year reversed a trend of rising commodity prices that weigh heavily in the region’s export portfolio. Downward pressure in commodity markets was driven by specific factors and, mainly, by a stronger dollar.

Copper saw its price drop 6.1 percent in the Jan-Nov period when compared to the same period in the previous year. Soy dropped 4.3 percent in the same timeframe, coffee dropped 16.4 percent, and sugar fell back 23.4 percent.

Export volumes, which had risen by an average of 4.7 percent in 2017, fell back significantly in 2018, with an estimated increase of just 2 percent, according to available data for nine countries in Latin America and the Caribbean.

Mexico and Chile were the only countries in the region that experienced improvements in real export performance. In Mexico, export volume growth increased from 8 percent in 2017 to 9 percent in 2018. Chile reversed a 2 percent decline in 2017 with a 7 percent volume boost in 2018. 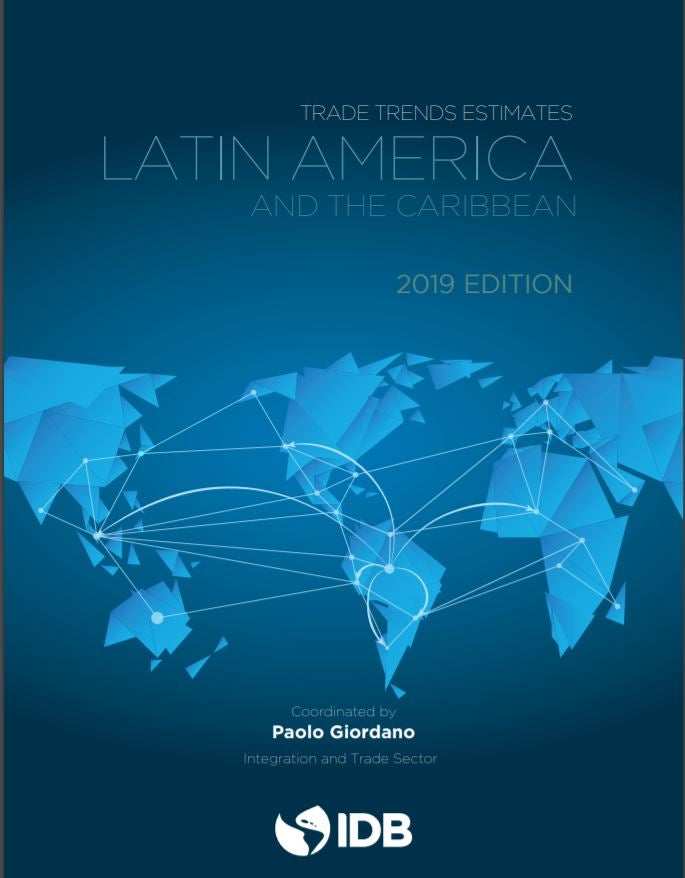 Related publication - Flying to Quality: Export Sophistication as an Engine of Growth