Tax revenues in Latin America and the Caribbean (LAC) increased to 23.1% of GDP on average in 2018, according to the new edition of Revenue Statistics in Latin America in the Caribbean published today. However, these gains are now under threat as a result of the region’s deteriorating fiscal outlook, which has been exacerbated by the COVID-19 pandemic and the global economic crisis.

The increase of 0.4 percentage points (p.p.) from their level in 2017 is the highest level of tax revenues ever recorded in the region. However, LAC tax revenues remain far below the OECD average (34.3% in 2018). Against this background, the capacity to finance public goods and services and to cushion economic shocks in the region remains limited.

Tax-to-GDP ratios (measured as tax revenues, including social security contributions paid to general government, as a proportion of GDP) continued to vary widely across the region in 2018, from 12.1% in Guatemala and 13.2% in the Dominican Republic to 33.1% in Brazil and Barbados and 42.3% in Cuba. Fifteen countries reported an increase in their tax-to-GDP ratios between 2017 and 2018, while seven recorded a decrease and three remained at the same level. Three Caribbean countries (Trinidad and Tobago (up 3.3 p.p.) Belize (up 1.4 p.p) and Guyana (1.3 p.p.) recorded the largest increases while the largest decreases were in Argentina (down by 1.3 p.p.) and Nicaragua (0.8 p.p.).

Although revenue performance improved across the LAC economies in 2018, the region has subsequently faced major headwinds, which have intensified as a result of the COVID-19 pandemic. While stronger domestic and external demand underpinned the increase in tax-to-GDP ratios in 2018, economic conditions across the region deteriorated in 2019, in large part due to a decline in commodity prices. According to a special feature in the new report, hydrocarbon revenues across the region’s main producers increased from 2.0% in GDP in 2017 to 2.7% in 2018 but are estimated to have fallen to 2.5% in 2019. Hydrocarbon revenues are declining precipitously in 2020 as a result of collapsing oil prices.

LAC’s relatively low levels of revenue-generation constrain spending on public services - including health - and raise questions about how countries will finance the emergency social protection measures they are introducing to respond to the COVID-19 pandemic. Moreover, weaker administrative systems for managing taxes and transfers relative to those in OECD countries reduce the range of tools available to the region in effectively responding to the crisis. Looking ahead, in the wake of COVID-19, it will be necessary for LAC economies to strengthen the role of tax systems to stimulate inclusive economic development and, in the longer term, to restore their public finances onto a more sustainable footing.

Although the region’s tax structure has moved closer to that of OECD countries as a result of higher revenues from direct taxes and lower trade taxes, persistently low revenues from key taxes, such as personal income taxes (PIT), remain a constraint on revenue generation and a source of vulnerability. At just 2.2% of GDP, the region’s revenues from PIT in 2017 were far below the level in OECD countries (8.3%), while social security contributions amounted to 4.0% of GDP in 2017 compared to 9.1% in the OECD. At the same time, the region is far more reliant on taxes on consumption than OECD countries. Together, this reduces the potential for redistribution and tackling vulnerabilities in a context where persistent inequalities have been an important factor behind social unrest across the region in recent times.

Other highlights from the new report include a special feature on equivalent fiscal pressure (EFP) in the LAC region. EFP tracks a broader range of fiscal revenues than taxes collected by governments, including non-tax revenues from natural resources and mandatory contributions to private social security schemes. In 2018, EFP averaged 25.0% of GDP across the region, up from 24.4% in 2017 and 17.4% in 1990. 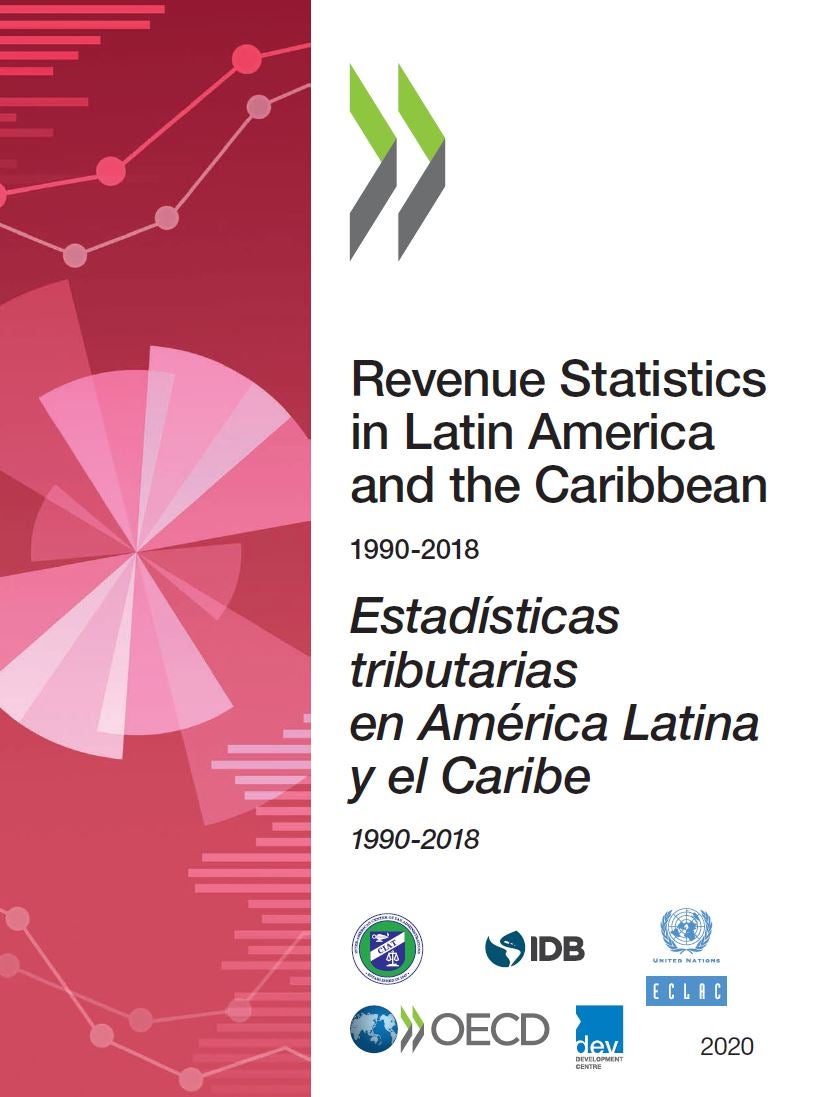 Publication
Revenue Statistics in Latin America in the Caribbean