The Inter-American Development Bank (IDB), during the Citizen Security Week 2019 that wrapped up yesterday, emphasized that to improve long-term citizen security, it is necessary to have  greater investment in social development and more effective, efficient and transparent institutions.

“One of the lessons learned over the past 20 years is that we can’t solve security problems if we act in an isolated manner. At a time when criminal activity can cross borders faster than goods and services, regional cooperation in citizen security is critical to securing a safer future,” said IDB President Luis Alberto Moreno during his opening in the dialogue. "Our shared objective should be to openly discuss our challenges, share best practices and collaborate to find and implement solutions."

During the Citizen Security Week, discussions focused on the importance of preventing crime and violence in high risk areas and in those that impact vulnerable populations such as women and youth.

“I urge all of us to join forces and act firmly and with determination to eradicate a hidden violence in the region that has no voice, that lives in fear and helplessness,” said IDB Vice President of Sectors and Knowledge, Ana María Rodríguez-Ortiz. “It is the dreadful cultural silence that hides domestic violence. We know that the best inheritance we can leave to future generations is a region with respect for laws and life, trust in institutions prevails; and contribute to their efforts to achieve a much safer region.”

In addition, participants stressed the importance of working to improve institutions responsible for preventing, countering and prosecuting crime. Among the processes necessary to address the modernization of the sector, they highlighted that the changes within the security and justice institutions are the most complex and difficult tasks.

Innovative and technological solutions from different countries in the region and around the world were also shared. For example, it was noted that this year the city of Bogotá achieved the lowest homicide rate in the last 40 years, and Honduras reduced it by 50 percent in the last five years.

In that context, a preliminary IDB study entitled “Inside the prisons of Latin America and the Caribbean: A first look at the other side of the bars” (only in Spanish) was shared, which includes the first results of a survey conducted in 14 countries on who the prisoners are and how they live in prisons in the region. This initial document shows that the problem far from diminishing is getting bigger. Since 2000, the inmate population of the region has increased its size by 120 percent, while in the rest of the world it has increased by 24 percent.

During the event, attendees also received information on the Leaders for Citizen Security and Justice Management free online course that will begin next October, where the latest trends in prevention, police modernization, justice reform and social reintegration will be reviewed.

In parallel, within the framework of the Citizen Security Week together with the SmartFilms® Film Festival, the IDB launched a micro-documentary contest on Citizen Security, where 200 proposals from countries in the region were received. All the documentaries had the particularity that they had to be recorded with a cell phone and with a duration of up to 2 minutes. The winner was Agustina Visconti from Uruguay, with a documentary entitled "Libre-Mente." Among the finalists selected were proposals from Bolivia, Colombia, Ecuador and Mexico.

This year, the Citizen Security Week 2019 was held at the IDB headquarters in Washington, D.C., with the participation of 17 countries in the region, more than 40 regional and international panelists, and more than 400 participants.

All the presentations, videos and photographs of the event will be available at www.iadb.org/SemanaSeguridadCiudadana.

The Inter-American Development Bank  is devoted to improving lives. Established in 1959, the IDB is a leading source of long-term financing for economic, social and institutional development in Latin America and the Caribbean. The IDB also conducts cutting-edge research and provides policy advice, technical assistance and training to public and private sector clients throughout the region. 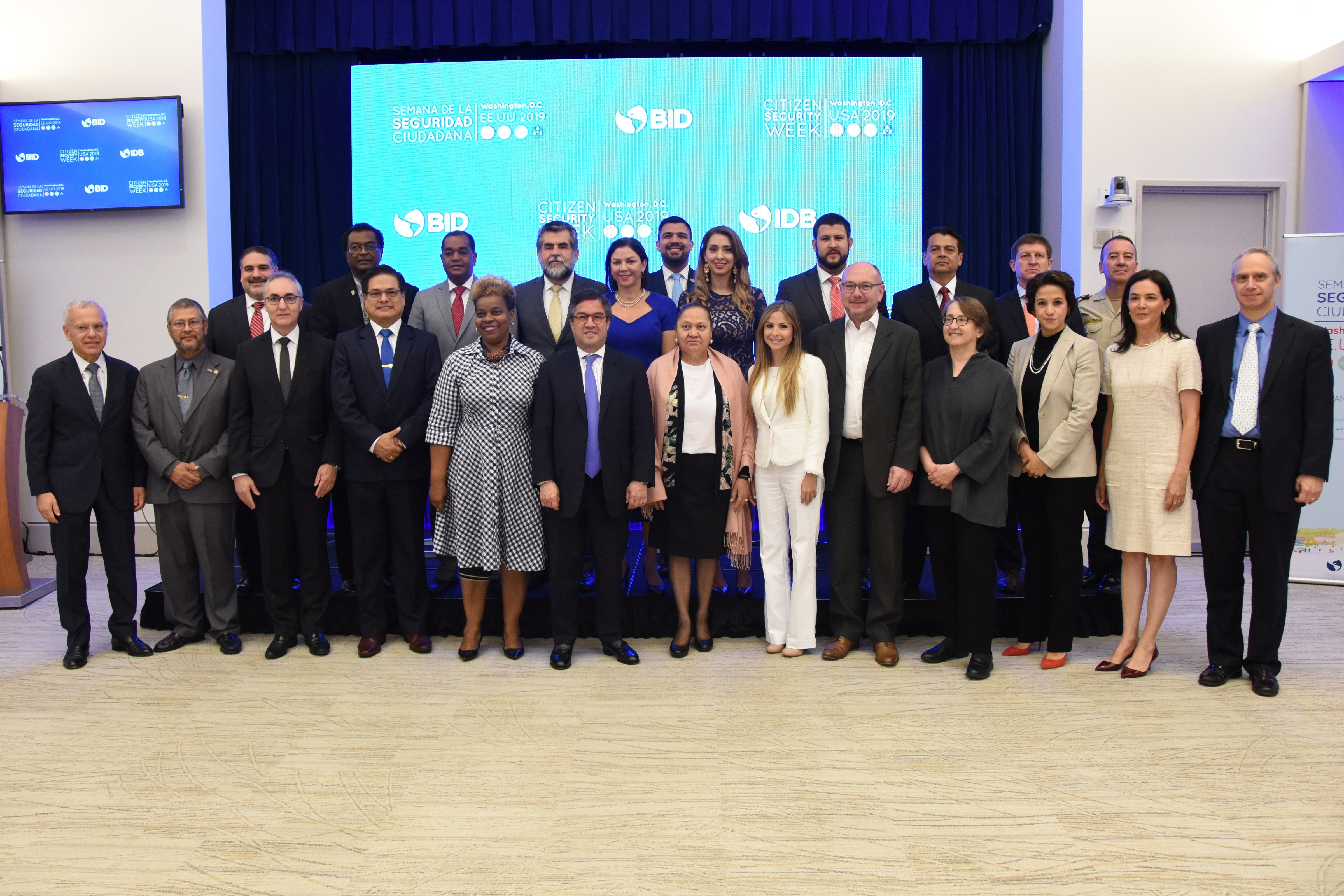