Areas of study are greater efficiency in spending and public services, the tax-raising potential of the digital economy, and maximizing the benefits of remittances

Using technology can help in major economic sectors hit by the COVID-19 pandemic, such as remittances and public finances. As remittances decline, technology applied to international money transfers can generate efficiencies that help maximize the amount of money reaching recipients. As for public finances, the pandemic has made clear the need to be able to identify those most vulnerable and in need of government aid, a task in which technology can be very useful. In addition, as the digital economy becomes more and more important in daily life and public finances need to be strengthened, digital taxation will grow increasingly relevant.

The  publication entitled Digital Economy and Technology in the Service of the Region's Development: Economic Report on Central America and the Dominican Republic, by the Inter-American Development Bank (IDB), proposes solutions that could become a source of transformation in three areas:  greater efficiency in spending and the providing of public services, the tax-raising potential of the digital economy, and getting the most out of remittances. “In a context of global economic contraction, and given the need to provide public services and offer opportunities that enhance people's well-being, there arises the need to seek efficiencies, especially in areas that are in a difficult situation: public finances and remittances. Here, technology can be a very useful tool," said Veronica Zavala, General Manager at the Country Department of Central America, Haiti, Mexico, Panama and the Dominican Republic at the IDB.

With regard to efficiency in spending and public services, technology allows for greater focusing, and saves public money and time. The issues addressed by the IDB study include the creation of poverty maps using satellite images that guide more efficient public investment or apps that are already being used for better targeting of resources in areas such as housing shortages (Guyana), telecoms infrastructure (Honduras), or crime-fighting (El Salvador).

The second issue is taking advantage of the tax-raising power of the digital economy. In public finances, technology offers ways to seek efficiency in both revenue and spending.  On the government revenue side, the recent development of the digital economy in the region presents major tax-raising potential:  in 2018 revenue from the digital economy surpassed six percent of GDP. The region features 47 million users of digital media platforms, 25 million in e-commerce, 11 million in online mobility services and 11 million in online travel reservations. This new scenario requires new tax rules to address the challenges posed by traditional standards, a task which many countries have already undertaken.

Finally, the study looks at how to maximize the benefits of remittances for their recipients, an issue that is highly important in a region where these resources accounted for around 20 percent of GDP in countries such Honduras and El Salvador in 2018, between eight and 12 percent in others, such as Guatemala, Nicaragua and the Dominican Republic, and could decline due to the economic fallout caused by the pandemic. In this regard, the study looks at an experiment involving a system of international transfers among central banks as a tool to maximize the amount that beneficiaries of remittances receive and to contribute to the efficient functioning of the currency exchange market. 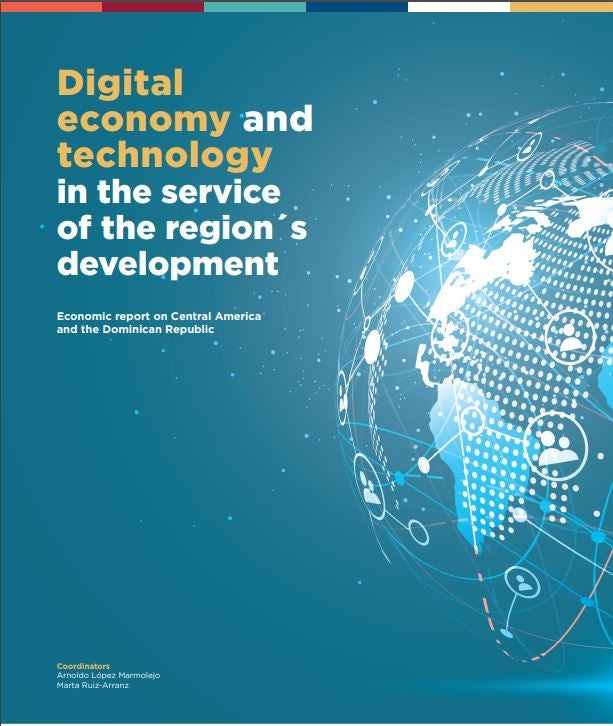 Digital Economy and Technology in the Service of the Region's Development: Economic Report on Central America and the Dominican Republic