The 34th meeting of governors of Central American and the Dominican Republic, to be held in El Salvador, will debate the region's new development challenges and how to address them

Governors of Inter-American Development Bank member countries from Central America and the Dominican Republic will gather February 21-22 in San Salvador, the capital of El Salvador, for their 34th annual meeting to address the challenges that the region faces in this new decade.

The governors will confer with IDB experts and guest specialists in a dialogue on policy priorities for the next decade, with the goal of building more stable and prosperous societies in Central America and the Dominican Republic. The meeting will seek to identify sources of social vulnerability, the role of fiscal policy in supporting an agenda of fairness and productivity and creating more and better jobs.

Over the past 10 years, Central America and the Dominican Republic have made strides in adopting measures to strengthen macroeconomic stability and fiscal sustainability, achieving average economic growth of more than four percent a year. This, along with an expansion of basic public services such as education, health, water and electricity, has made it possible to reduce poverty and enlarge the middle class in several countries. Economic growth in 2020 is forecast at 3.9 percent in the region, surpassing the average for Latin America and even that of the world economy.

Despite all these efforts, the rate of poverty reduction has been slow. And even in countries with stronger economic growth the poverty rate has not fallen as quickly as has been hoped. So there are still major divides between rich and poor, particularly in countries with a higher proportion of young people.

With this in mind, IDB President Luis Alberto Moreno said, “although we have seen some improvements in income distribution, almost without exception the perception of inequity has grown more acute: nearly 80 percent of our citizens feel that the distribution of income is unfair. The agenda for the next decade must respond to these changes. It requires debate on fairness, better public services, and creation of opportunities – a debate that places people at the heart of the discussion.”

The regional governors meeting is being held in preparation for the Annual Meeting of the IDB and IDB Invest, which will be held March 18-20 in Barranquilla, Colombia.

The IDB Group in Central America and the Dominican Republic
En 2019, the IDB Group approved $2.715 billion for the countries of Central America and the Dominican Republic. It was one of the highest levels of financing for the region in the past five years and 17 percent greater than the average for 2014-2018. Most of this funding went to the public sector, with 23 new loans totaling $2.253 billion and concentrated on seeking improvements in logistical performance, efficiency in social spending, quality in basic services such as education and health, digital transformation, resistance to climate change, access to productive financing and inclusion of indigenous peoples in financial services. Also provided were 92 grants totaling $70.5 million for technical assistance.

IDB Invest, the private sector investment arm of the IDB Group, financed 14 operations totaling $370.2 million while IDB Lab, the Group's innovation incubator, funded 19 projects to the tune of $21.8 million. These accords focussed on migration, climate change resilience, the orange economy and innovation in energy models for cities and rural areas.

Also worth pointing out is support for Central American and Mesoamerican integration and cooperation in health, logistical performance, trade enhancement and migration through the Group's regional initiatives.

These efforts have allowed the IDB Group to consolidate its role as the region's main source of financing and technical assistance.

For more information on the IDB Group in Central America and the Dominican Republic, click here to download the activities report for 2019.

About the Inter-American Development Bank
The Inter-American Development Bank is devoted to improving lives. Established in 1959, the IDB is a leading source of long-term financing for economic, social and institutional development in Latin America and the Caribbean. The IDB also conducts cutting-edge research and provides policy advice, technical assistance and training to public and private sector clients throughout the region. 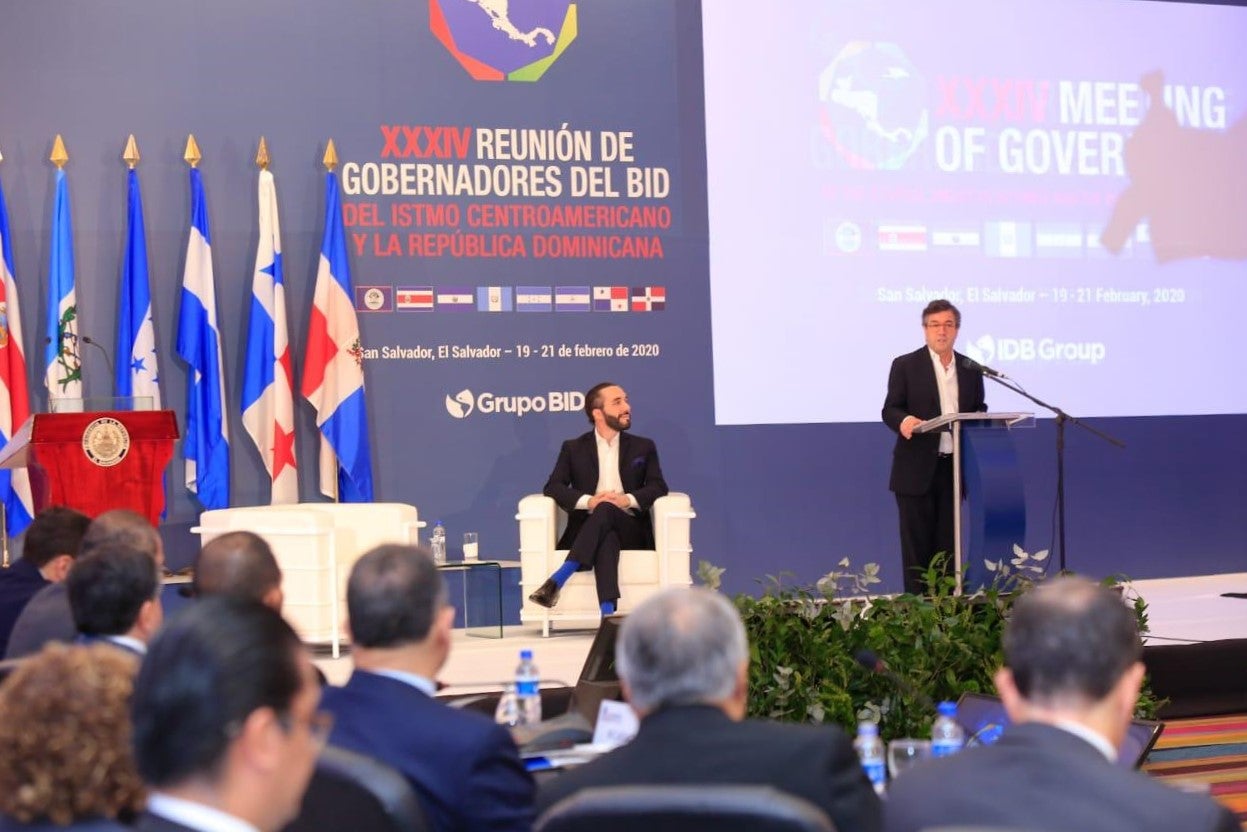 Central America, Mexico, Panama and Dominican Republic, and the IDB

The lDB Group in the Central American Isthmus and the Dominican Republic: Activities Report 2019