The Inter-American Development Bank (IDB) launches the 6th edition of the Award "Gobernarte: The Art of Good Government – Eduardo Campos Award,"  which this will award the best initiatives in subnational governments in Latin America and the Caribbean.

Gobernarte is aimed at identifying, rewarding, documenting, and disseminating initiatives implemented in subnational governments in Latin America and the Caribbean that have contributed to push forward the state modernization agenda towards effective, efficient, open governments and better services for citizens. Through Gobernarte, the IDB seeks to disseminate experiences, facilitate cooperation and promote the sharing of good practices among subnational governments and other stakeholders.

This year, awards will be given to the two (2) best initiatives in each of the following categories:

Applications can be submitted by municipal or local governments (third administrative level) and state, provincial or regional governments (second administrative level) in IDB borrowing member countries. Applications including partnerships with the national government or other subnational governments, as well as alliances with civil society, academia, or the private sector will also be accepted. Teams responsible for the design of the initiatives can submit the proposals and documents without charge starting on Monday July 1st, 2019 through the website www.gobernarte.org.

The deadline for submissions is August 21st, 2019.

Technical evaluation of the applications will be conducted by two external panels, which will include internationally renowned experts in each of the categories. Winners will be announced on September 16th and winning initiatives will be disseminated through various IDB official channels across the region. The awards ceremony will occur during the Thirteenth Annual Meeting of the Network of E-Government Leaders in Latin America and The Caribbean (GEALC), which will take place between October 2 and 3, 2019, in Buenos Aires (Argentina).

Additional information about application process, requirements, terms and conditions is available on Gobernarte website www.gobernarte.org. Any questions can be mailed to gobernarte@iadb.org. 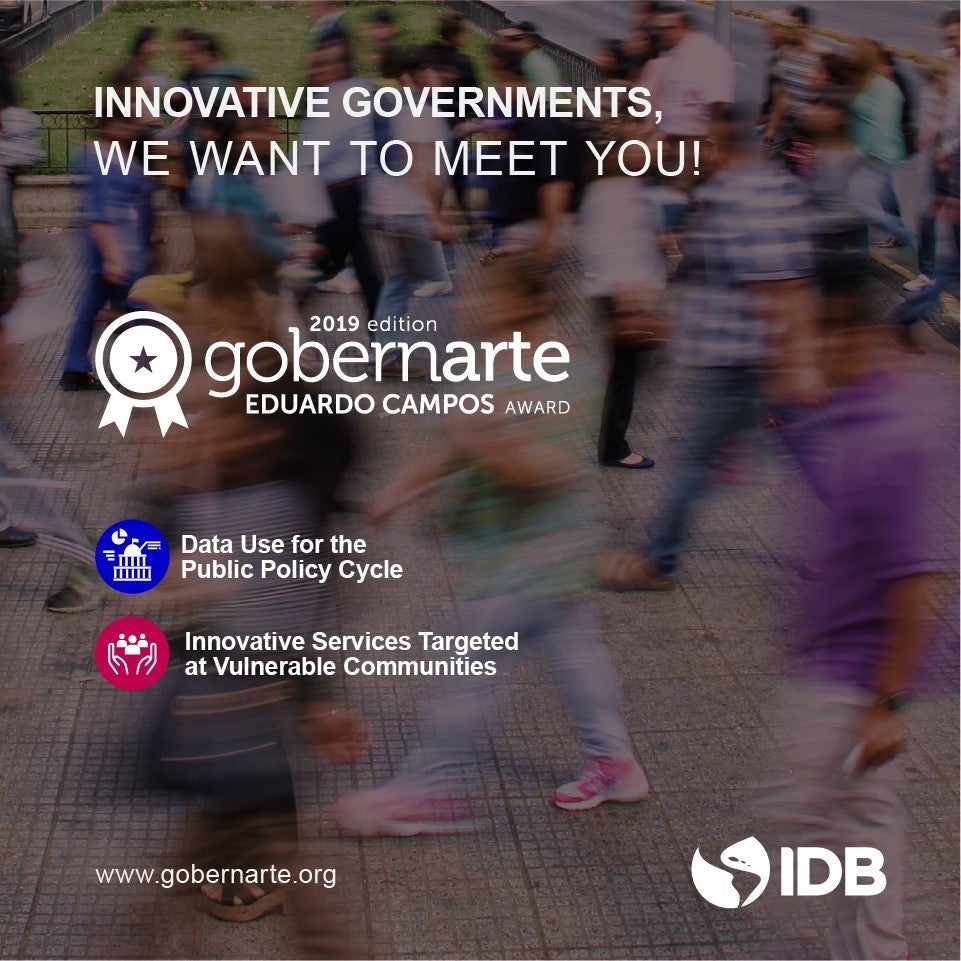