1,166 FINTECH VENTURES HAVE BEEN IDENTIFIED, AN INCREASE OF 66 PERCENT COMPARED TO 2017

The report Fintech en América Latina 2018: crecimiento y consolidación (Fintech in Latin America 2018: Growth and Consolidation), published today by the Inter-American Development Bank and Finnovista, identified 1,166 financial technology startups (Fintech), a rise of 66% since the first study published by the two organizations in 2017.

The report also found that two out of every three of these ventures were already in advanced stages of development and that Fintech activity has expanded to 18 countries in the region over the past year. In line with the trend observed in 2017, Brazil ranked first with 380 startups, followed by Mexico with 273, Colombia with 148, Argentina with 116 and Chile with 84.

One of every three companies reported having expanded their operations beyond the borders of their home country. “Although five countries account for 86% of the Fintech companies in the region, initiatives were identified in every country in Latin America. There is also a growing trend toward internationalization. This shows the opportunities that entrepreneurs are seeing but also the importance of strengthening dialogue and harmonization at the regional level,” said Juan Antonio Ketterer, Division Chief of the Connectivity, Markets and Finance Division of the IDB.

The main business segments remain payments and remittances, representing 24% of the initiatives identified, followed by lending (18%) and enterprise financial management (15%). Another highlight is the rapid growth of digital banks and, in particular, credit scoring, identity and fraud protection.

The report also notes the dynamism seen in venture capital investment, achieving record levels in the amount of financing attracted by several Fintech countries in Latin America. “The Fintech ecosystem has achieved major growth and maturity over the past year,” said Andrés Fontao, Managing Partner of Finnovista. “The Fintech opportunity is now being closely examined by major international investors, including ones from Asia, and we have the first governments adopting specific regulatory frameworks for Fintech companies.”

The importance of regulation in the development of the ecosystem is evidenced by the fact that only 9% of Fintech companies feel that no specific regulations are currently needed while 35% say they are necessary and another 35% believe the current framework is adequate. This shows the progress made in some jurisdictions regarding regulations. The report highlights the progress achieved through the dialogue between regulators and the industry for finding a framework that encourages innovation.

The study also features the first regional analysis of gender and Fintech, examining the role of women as founders of Fintech companies, workers in the industry and users of Fintech services. “We found that 35% of the Fintech companies in Latin America were founded or co-founded by women, which is well above the global average, estimated to be 7%”, said Gabriela Andrade, a financial markets specialist at the IDB. “Although Fintech companies with women in the founding team operate in various areas, it is interesting to note that one in every three of these companies targets segments of the population underserved or outright excluded from the formal financial sector."

The report provides data which, while illustrating the challenges that the industry faces, also reflects an inevitable transformation of the financial sector and the role that entrepreneurs play in accelerating innovation and changing the way in which people have interacted until now with financial services.

The first report, entitled FINTECH: Innovations You May Not Know were from Latin America and the Caribbean, was published in May 2017.

Finnovista is an impact organization that aims to strengthen Fintech ecosystems in Latin America and Spain through a collaborative Fintech platform that features acceleration and scaling programs, conferences, hackathons, research projects, contests and a space dedicated to Fintech co-creation. Finnovista builds bridges between financial institutions and Fintech startups in the hope of transforming finance to create a better world through entrepreneurship, technology and innovation. 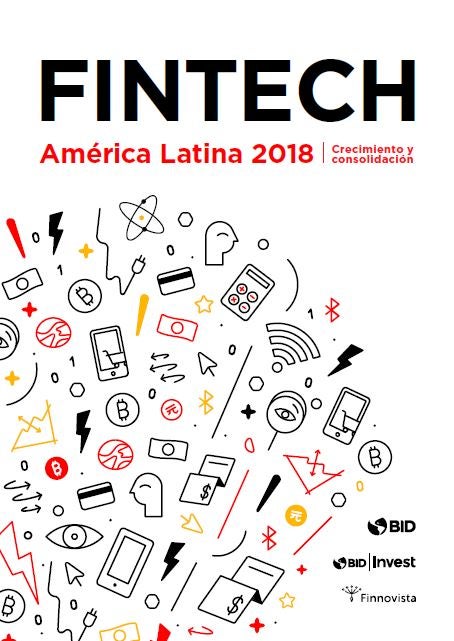 Financial Markets and the IDB.