The new program will focus on municipalities with high levels of crime, modernize the technology and infrastructure of the Public Force, and strengthen the Civic Centers for Peace

Costa Rica will implement a citizen security and violence prevention program with a $100 million loan approved by the Inter-American Development Bank (IDB).

The country has been implementing a consistent approach to comprehensive and preventive citizen security, which has been accompanied by the Bank since 2012 with the Program for the Prevention of Violence and Promotion of Social Inclusion, which contributed to the improvement of police infrastructure and the creation of the first seven Civic Centers for Peace.

The new program will continue to support the modernization of police infrastructure and expand civic centers to eight new communities. In addition, it will incorporate improvements in the technological capacity of the preventive police of Costa Rica and the Public Force. The entire program is focused on supporting the "Bridge to Prevention", which is the axis of citizen security of the Bicentennial Social Plan (2019-2022).

The objective of the new program is to contribute to the reduction of homicides and assaults through an improvement in police effectiveness to prevent crime in prioritized districts. A 10 percent reduction in homicides and assaults is sought in the 40 districts most affected by these crimes. Additionally, eight new Civic Centers for Peace will be built that are expected to support the prevention of criminal behavior among young people between 12 and 17 years of age.

The program will also finance a computer development that allows the interoperability of the DATAPOL System with other police platforms to prevent crime. The georeferencing capacity of the police will also be strengthened to include mobile devices for registering criminal acts and preparing incidents, among other applications.

In addition, police personnel will be offered an update on criminal analysis techniques, monitoring and strategies to improve police legitimacy and dealing with a gender, diversity and inclusion approach, as well as involvement and communication activities with citizens and municipal governments, which will accompany the construction of new police delegations in the districts most affected by crime in each of the seven provinces of the country.

In the area of ​​social prevention of violence, it will seek to prevent the onset of criminal behavior of children and adolescents vulnerable to violence in districts with concentrated disadvantages. This will include updating and strengthening the prevention model of the Civic Centers for Peace, with special emphasis on their evidence-based interventions with recreational, training, and preventive activities. The prevention of violence against women will also be addressed early through actions to promote positive masculinities.

The new program also provides for the monitoring of socio-environmental management. In that sense, the buildings included in the program (police facilities and civic centers) will maintain the technical specifications and construction methodologies initiated with the previous program and that are focused on mitigating the negative effects of climate change.

The beneficiaries of the program will be the citizens of the 40 districts of the country most affected by homicides and assaults in the country. Also the girls, boys and adolescents of the 15 districts where the Civic Centers for Peace will be located and that participate in the activities organized by the centers.

The IDB loan of $100 million has a 25-year term, a grace period of five and a half years, and an interest rate based on LIBOR. 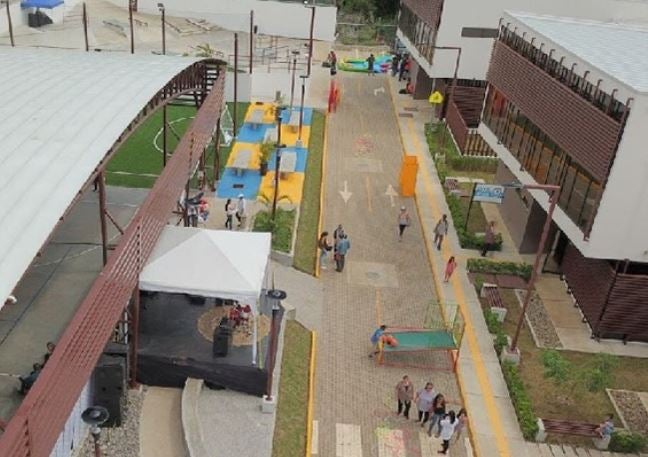 Costa Rica and the IDB