PANAMA CITY, Panama – Trade between Gulf countries and Latin America and the Caribbean could grow by $13 billion per year simply by signing more trade and investment deals and opening more diplomatic and trade promotion offices, according to a study by the Inter-American Development Bank (IDB).

The projection is included in the report Towards a Renewed and Strengthened Relationship: Fostering ties between Latin America and the Caribbean and the Gulf Countries. The report was presented by the IDB today on the opening day of the Global Business Forum (GBF) Latin America 2019, which is taking place April 9 and 10, in Panama City.

Trade between the two regions is modest, coming in at $16.3 billion in 2018 – or about 7 percent of the total between Latin America and the European Union.

According to the report, Gulf countries imported $10.9 billion from Latin America and the Caribbean in 2018, while they exported $5.4 billion to the region. The Gulf countries are Bahrein, Iraq, Kuwait, Oman, Qatar, Saudi Arabia, and the United Arab Emirates (UAE).

IDB calculations show trade agreements could increase trade between the two regions by $9.8 billion per year. And increasing the diplomatic footprint would increase annual trade by $3.3 billion.

“The trade potential that exists between the Gulf countries and Latin America and the Caribbean is enormous and promising,” said Fabrizio Opertti, manager of the Integration and Trade Sector at the IDB.

“The export profile of Latin American countries and companies complements well with the trade profile of Gulf countries. Those seeking new market opportunities need to reach out to this strategic region.”

For instance, Latin America and the Caribbean exports to the United Arab Emirates just 2,399 out of 4,552 products that the UAE imports from other countries, even though LAC countries could potentially sell all those products in the UAE. Some of the products that Gulf countries most need include foodstuff, metals, pearls, semi-precious stones, mechanical and electrical machinery, and cars.

Trade today is concentrated in a few countries, providing an opportunity for considerable growth. Brazil, Argentina and Mexico account for three-quarters of Latin America and the Caribbean’s trade with Gulf countries, with Brazil coming in at $9.1 billion last year, Argentina contributing $2 billion, and Mexico $1.3 billion.

UAE is the most important growth market, representing 27 percent of exports from Gulf Cooperation Council (GCC) to Latin America and the Caribbean, and 46 percent of imports from LAC countries. The GCC is made up of Gulf countries minus Iraq.

To strengthen ties, the GBF Latin America 2019 is taking place today and tomorrow for the first time in Latin America, after being held in 2016 and 2018 in the UAE. On this occasion, the main objective of the forum is to foster trade growth opportunities between the two regions.

The forum is organized by the Dubai Chamber of Commerce and Industry with the sponsorship of the government of Panama and the support of the IDB. It is the biggest annual trade meeting between the two regions. More than 700 participants will meet in Panama City, including 10 ministers from LAC and over 80 investors and businesspeople from GCC. There will also be 43 panel presentations, 17 trade and investment promotion agencies, and hundreds of entrepreneurs from Latin America and the Caribbean.

Speakers include Juan Carlos Varela, Presidente of Panama; Luis Alberto Moreno, President of the IDB; Mohammed Al Shehhi, Undersecretary for Economic Affairs in the Ministry of Economy of the UAE; Majid Saif Al Ghurair, Chairman of the Dubai Chamber of Commerce and Industry; Cristina Junqueira, co-founder and Vice-president of Nubank in Brazil; and Chirag Shah, Executive Director of 1 FinCentre International de of the UAE, among other top officials and business leaders.

About the IDB Group

The IDB Group is the leading source of development finance for Latin America and the Caribbean. It helps to improve lives by providing financial solutions and development know-how to public and private sector clients. The group comprises the IDB, which has worked with governments for 60 years; IDB Invest, which serves the private sector; and IDB Lab, which tests innovative ways to enable more inclusive growth. 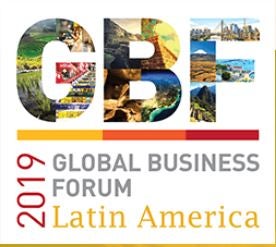