BUENOS AIRES—In the first quarter of 2018, the value of exports from Latin America and the Caribbean grew at a year-on-year rate of 9.7 percent in comparison with the same period in 2017, according to a new report from the Inter-American Development Bank (IDB). However, this growth has come amid signs that the region is becoming less competitive amid rising economic risks and global trade tensions.

The growth in exports was driven by increases in the prices of commodities such as oil and copper. In contrast, the volume of exports slowed to 3.1 percent during the same period, which speaks to the region’s loss of market share due to declining competitiveness and the lack of high-quality exports from many countries in the region.

The Quality Leap: Export Sophistication As a Driver for Growth, a new report in the IDB’s Trade and Integration Monitor series, maps the sophistication of the region’s export supply and the main challenges it faces in securing a firmer position in the more profitable sectors of global trade.

Independently of factors such as the economic difficulties experienced by several countries and dampened external demand, the competitive lag determined by low productivity and high trade costs affected the export performance of the region.

To estimate the loss of competitiveness, the study measures the variation in market share between 2011 and 2016, with an emphasis on intraregional exports. The region’s competitiveness dropped by 7.4 percentage points during the period, which accounts for 22 percent of the decrease in exports. The analysis does not seek to present an exhaustive discussion of the determinants of productivity and competitiveness, which lie in a set of phenomena not exclusively related to the ability to compete in world markets.

“In a global context of growing uncertainty and low regional competitiveness, Latin America and the Caribbean urgently need to prioritize a policy agenda that will enable a leap in the quality of their exports,” said Paolo Giordano, principal economist at the IDB’s Integration and Trade Sector, who coordinated the report. “More sophisticated exports will help support the current trade recovery and lay the foundations for greater growth in the future.”

The gap between Latin America and the Caribbean and its global competitors is wide and has gone unchanged for decades. Although there have been success stories and clear opportunities for improvements to quality, a sizeable share of the region’s exports are of no more than medium quality.

The report identifies the product lines where there is most room for quality increases, such as food (coffee, cocoa, sugar, cereals, or fish) and raw materials (wood, hides, or skins), among others. For example, countries can export higher-quality coffee or cocoa beans, or more processed leathers.

An analysis of the differences between intraregional and extraregional trade reveals that the intraregional export basket is of a higher quality than the extraregional basket. It is also more diversified, contains a larger share of manufactured products, and has higher technology content. However, since the financial crisis the countries of Latin America and the Caribbean have lost some of their regional market share due to a decline in competitiveness. They have also been unable to leverage the potential for regional integration to develop complex value chains based on trade in intermediate products and production inputs. 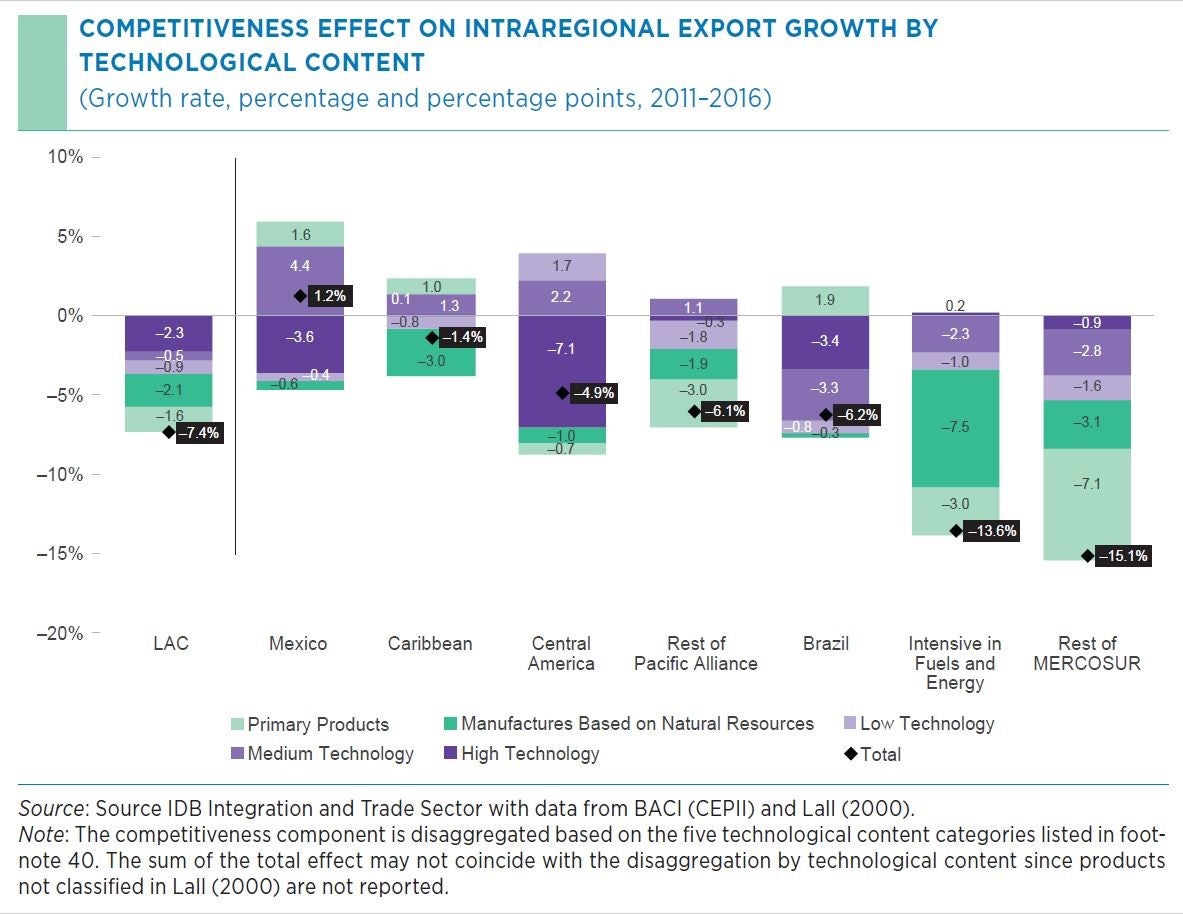 The report calls for an ambitious multisectoral policy agenda. At the national level, it recommends the construction of comprehensive, efficient, high-quality infrastructure systems that are clearly oriented toward internationalization. At the regional level, it argues in favor of initiatives that aim to complete and rationalize the architecture of trade, along with investments in infrastructure that facilitate greater productive integration.

Strengthening higher-quality trade flows and regional value chains would not only benefit the export diversification and sophistication of exports, it would also help improve the competitiveness of the region’s economies in the global market.

The Trade and Integration Monitor 2018 was launched at an event in Buenos Aires organized by the IDB’s Integration and Trade Sector and the Institute for the Integration of Latin America and the Caribbean (INTAL).

The IDB’s mission is to improve lives. Founded in 1959, the IDB is one of the leading sources of financing for economic, social, and institutional development in Latin America and the Caribbean. The IDB also undertakes cutting-edge research projects and provides consultancy services on policies, technical assistance, and training to public and private clients throughout the region. 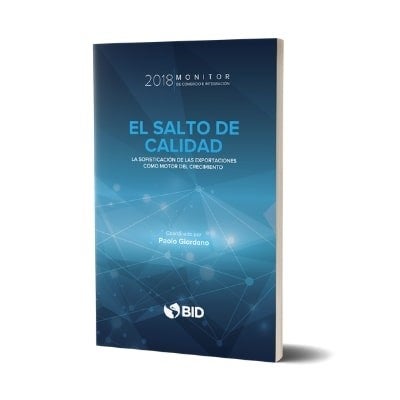