The most unexpected effect of climate change

Latin America is a great place to cultivate coffee. The region is home to five of the world’s top 10 coffee producers, including Brazil, No. 1, and Colombia, which is famous for its high-quality beans. And demand for those beans is rising. Asia’s ever-expanding middle class is leading to increased consumption and putting pressure on Latin America farmers to produce more coffee. 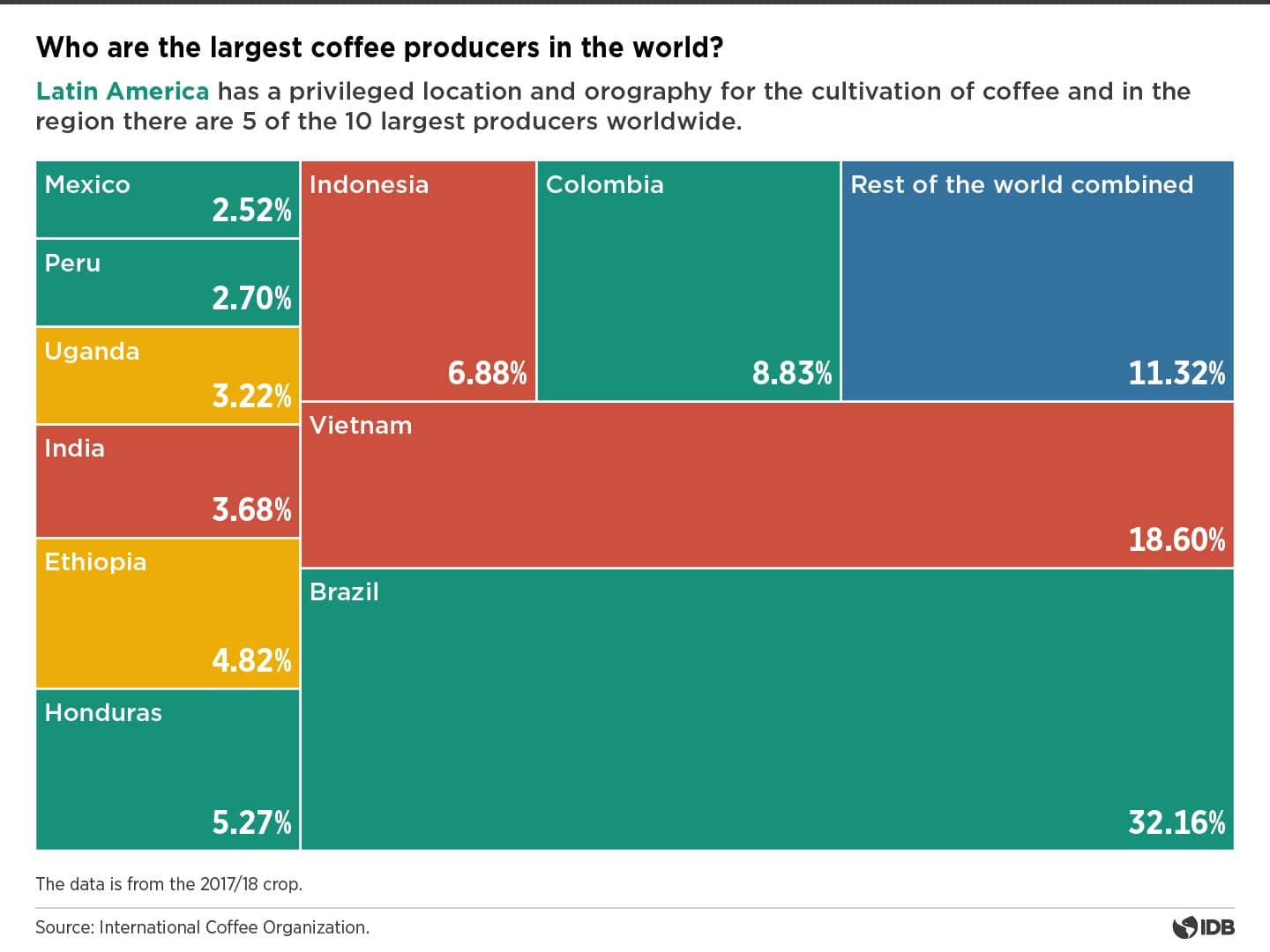 Farmers in the region have long viewed coffee as a good way to make a living. Today the coffee industry employs more than 14 million people across Latin America. In recent years, though, climate change, pests and declining coffee prices have created a perfect storm that threatens the welfare of millions of producers and their families.

Those hurting the most are small producers, especially those with less than two hectares of land. The return on their investment is steadily declining, leading them to abandon coffee for other crops or to give up entirely and migrate to cities or even move abroad.

The trend is clear. And if we don’t act quickly it could become irreversible. Climate change experts say that global temperatures will continue to rise this century, increasing between 1.5ºC and 4.5ºC in the hottest months. Scientists also say we will see longer and more extreme periods of rain and drought, making farming even harder.

To grow properly, coffee crops require specific temperature, light and humidity levels and those needs are best met in Latin America’s so-called coffee belt, a region that includes countries between the Tropics of Cancer and Capricorn.

But this is likely to change. Rising temperatures will reduce the area suitable for growing coffee by up to 50% by 2050. Meanwhile, some areas that are not ideal for growing coffee may become hospital to the crop. That could happen in Nicaragua, where analysts say the optimum altitude for coffee cultivation will rise from 1,200 meters above sea level to 1,600 meters by mid-century. 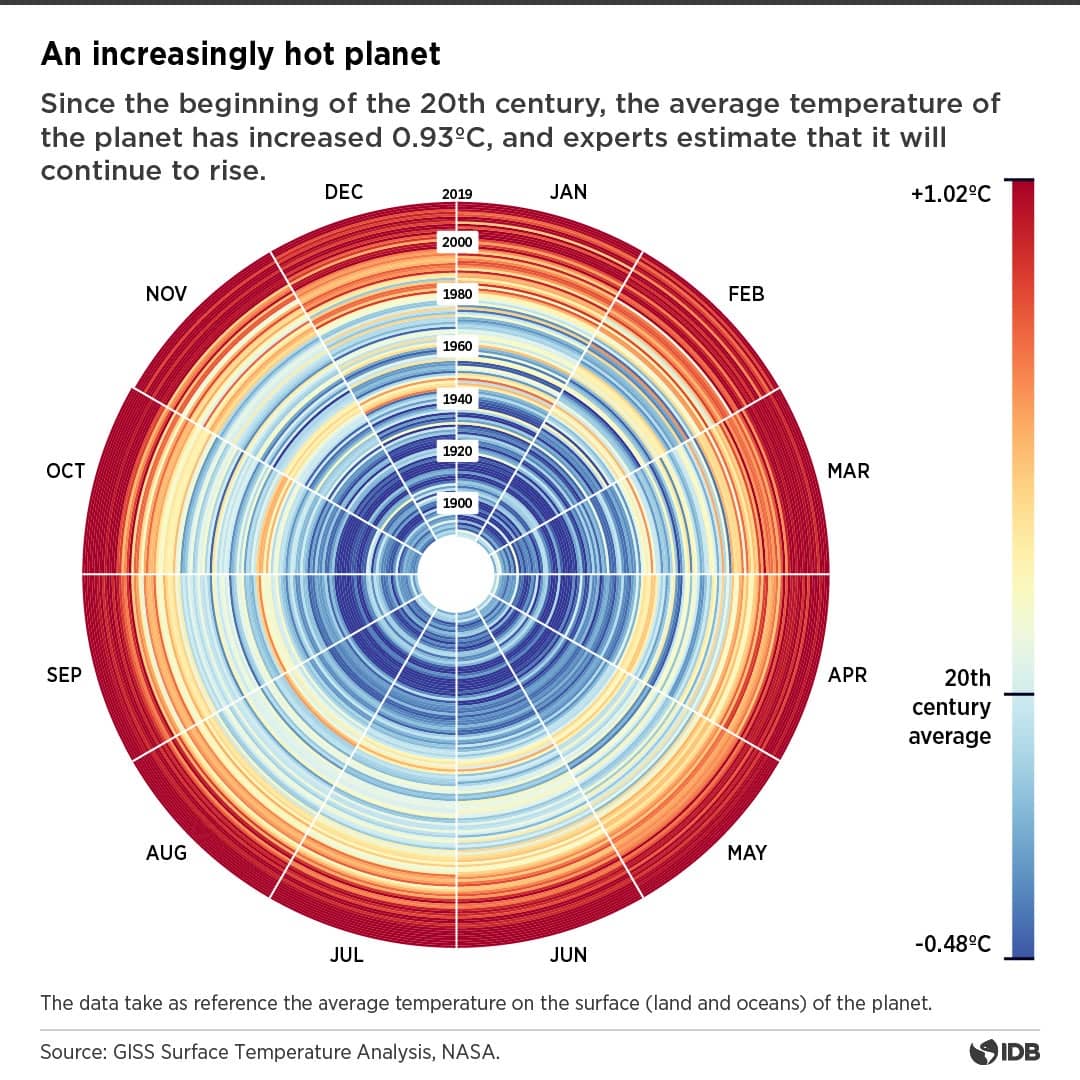 The origin of the problem

In 1869, Sri Lanka - a small island in the south of the Indian subcontinent - was a world coffee power, producing more than 45,000 tons annually. But everything changed that year when the Hemileia vastatrix fungus, a disease that causes coffee leaf rust and ruins coffee plantations, spread across the island.

In less than 20 years, the fungus killed Sri Lanka’s coffee industry and began to expand around the world. In 1970, it appeared in Brazil and later spread to Central America and Colombia.

From 2012 to 2013, rising temperatures fueled a major coffee rust crisis in Central America, where unprepared farmers lacked the know-how and resources to stop it. Honduras, Costa Rica and Guatemala declared a state of emergency. In the end, more than half of the planted area was destroyed and at least 350,000 people lost their jobs.

There is no cure for rust, but it can be prevented. Yet, that’s getting harder to do as rising temperatures help propagate the fungus.

The Colombian solution? Look at the coffee’s DNA

Analysts have identified about 120 species of coffee plants worldwide. But we mostly drink coffee from beans from just two species: Coffea arabica, known as Arabica; and Coffea canephora, known as Robusta. Arabica has a low tolerance to rising temperatures, is susceptible to rust and produces fewer beans. Robusta resists heat, is easier to grow and produces a larger, thicker bean.

When it comes to flavor, though, Arabica coffee is by far the most popular. Today, between 60% and 80% of the world's coffee production is Arabica. The remaining 20% to 40% is Robust. However, climate change is hurting Arabica output.

One solution to this problem could reside within the coffee's own DNA.

In the 1960s, a research center in Colombia run by the National Federation of Coffee Growers  began developing coffee varieties that combined Arabica’s flavor with properties that made Robusta resistant to rust.

The center, known as Cenicafe, developed its first hybrid in 1980: a Colombian varietal, which mixed Caturra and another variety of Timor. Because the rust fungus has mutated over time, Cenicafe has developed new varieties to ensure that they remain immune to the fungus. In 2005, they released the Castillo variety and in 2015 they produced the Cenicafe 1 variety.

"These varieties provided by the National Federation of Coffee Growers have a balanced flavor and are more resistant to rust," said Laura Sanchez, who works at the El Ocaso coffee farm, about 1,780 meters above sea level between the mountains of Quindío, in Colombia. 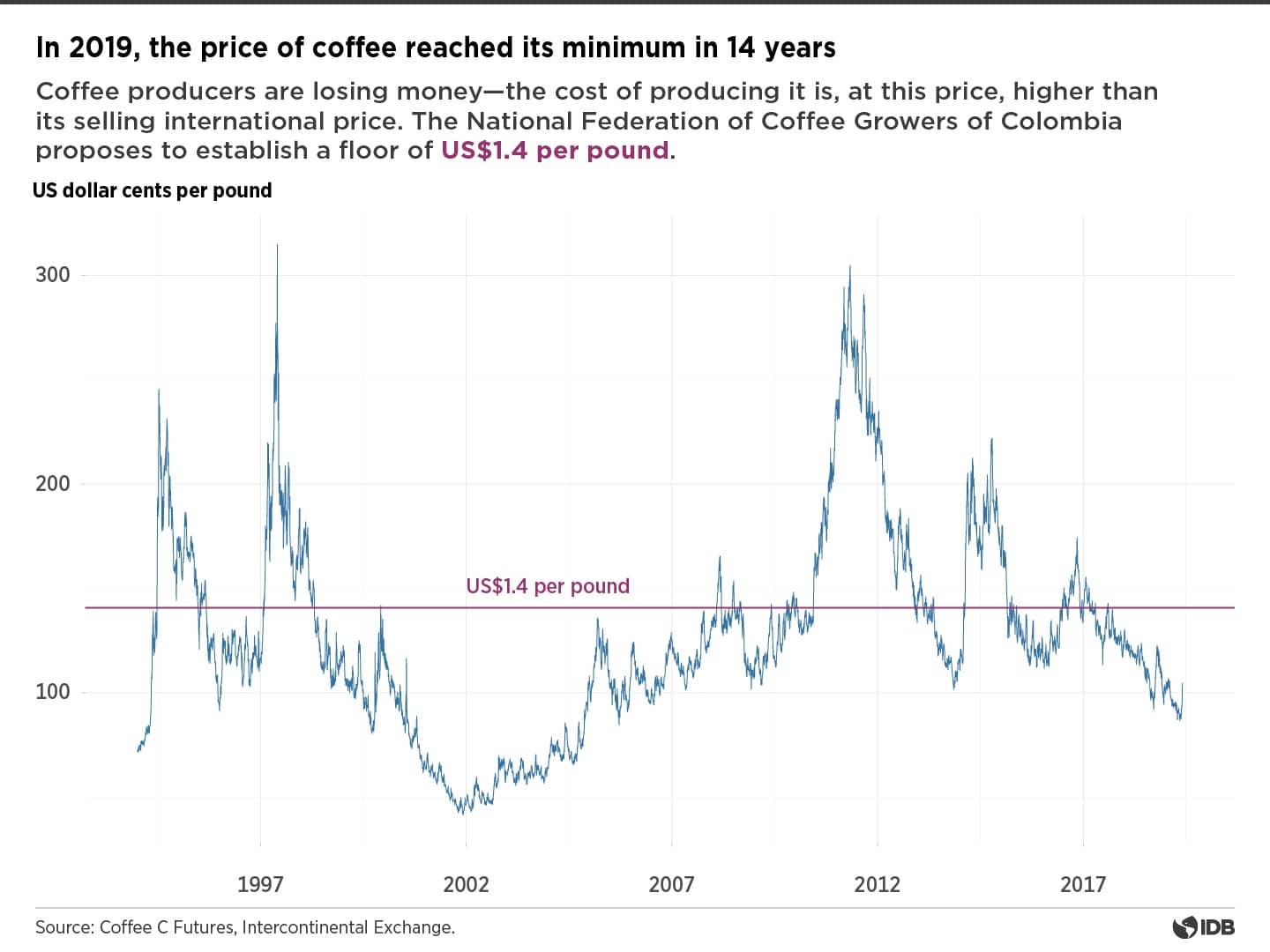 The IDB is committed to helping coffee producers and other farmers across Latin America. In 2015, IDB Lab - the IDB Group's innovation laboratory - approved $2.6 million in financing to create a Sustainable Agriculture, Food and Environment (SAFE) program aimed at making the coffee industry more resilient.

The platform, which is comprised of private sector participants, donors and leading non-governmental organizations, creates and supports projects that seek to strengthen and transform the coffee and cocoa industries, making it easier for them to survive, thrive and deal with climate change. The platform also seeks to help small producers participate in global supply chains.