The Database of Political Institutions 2020 (DPI2020) presents institutional and electoral results data such as measures of checks and balances, tenure and stability of the government, identification of party affiliation and ideology, and fragmentation of opposition and government parties in the legislature. The current version of the database expands its coverage to about 180 countries for 45 years, 1975-2020. It has become one of the most cited databases in comparative political economy and comparative political institutions, with more than 4,500 article citations on Google Scholar as of December 2020.

Scroll down to explore how key indicators have changed over the past three decades across Latin America and the Caribbean.

Among the different institutional features of countries, system of government is perhaps the most fundamental categorization, indicating whether a country is parliamentary, presidential, or whether it is in-between with an assembly-elected president. According to data from the Database of Political Institutions (DPI) 2020, most countries in the region are presidential systems (shaded in the lightest purple), accounting for 19 of the countries in the region. Two countries, Cuba and Guyana, have assembly-elected presidents and are shaded in medium purple. The remaining six countries have parliamentary systems and are shaded in the darkest purple. As IDB studies on the role of presidentialism indicate, there is still much to learn about how to ensure the best functioning of such a deeply rooted regime in the region. 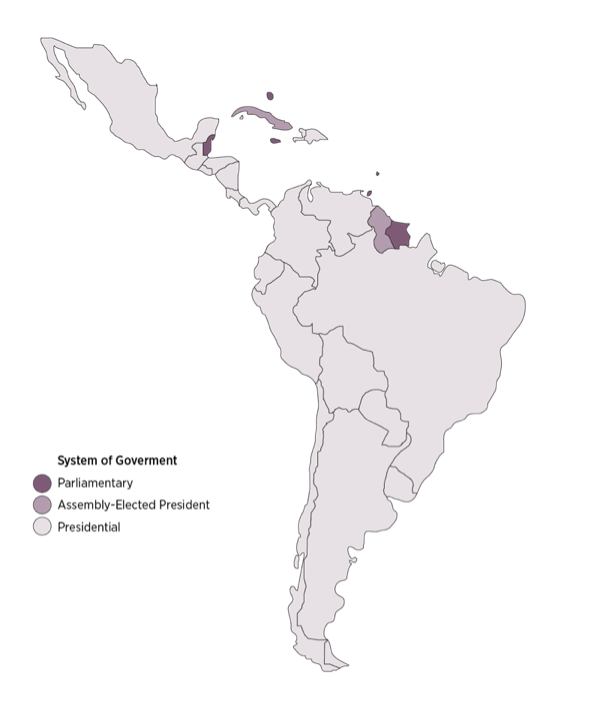 Programmatic parties are one way to describe political parties with an identifiable program or policy throughout their history. This categorization is independent of ideology—parties can be programmatic whether their platforms are on the right, left, or center. Programmatic parties, which articulate and base their campaigns on a specific policy platform, are key to generating positive outcomes in governance and policy reform, as several IDB studies indicate. By contrast, non-programmatic parties are those that are based on a single political function through clientelism and other non-policy mechanisms. This map displays the average ages of the primary government party, secondary government party, and the primary opposition party. Growing intensity in the shade of green corresponds with a higher average age bracket. Countries with the darkest green have major political parties that average between 53.5 and 99 years. Countries where the average age of these major parties is between 28.5 and 53.5 years are in a medium shade of green, while countries whose major parties average between 14.5 and 28.5 years are shaded in a lighter green. The lightest green shading corresponds to countries where political parties are less established and the average age of the major parties in power is less than 14.5 years. 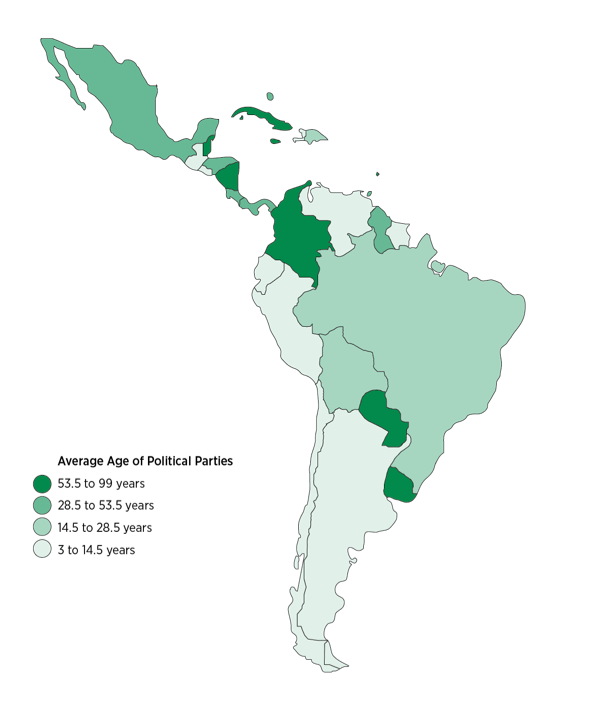 This map showcases one of the new variables in the Database of Political Institutions, recording the presence and form of gender quotas. Gender quotas are an institutional pathway to increasing the representation of women in the legislature. This can take different forms from voluntary suggestions to requirements for certain seats to be reserved for women.

This map displays three different ways that gender quotas are implemented across the region. The lightest shading is for the seven countries, mostly in the Caribbean, that have no gender quotas. Guatemala is the only country in the region with a voluntary quota and is shaded light orange. Most countries in Latin America are shaded in medium orange, denoting that they administer gender quotas either on their candidate or party lists. Argentina and Haiti (shaded in the darkest orange) are the only two countries in the region with reserved seats. 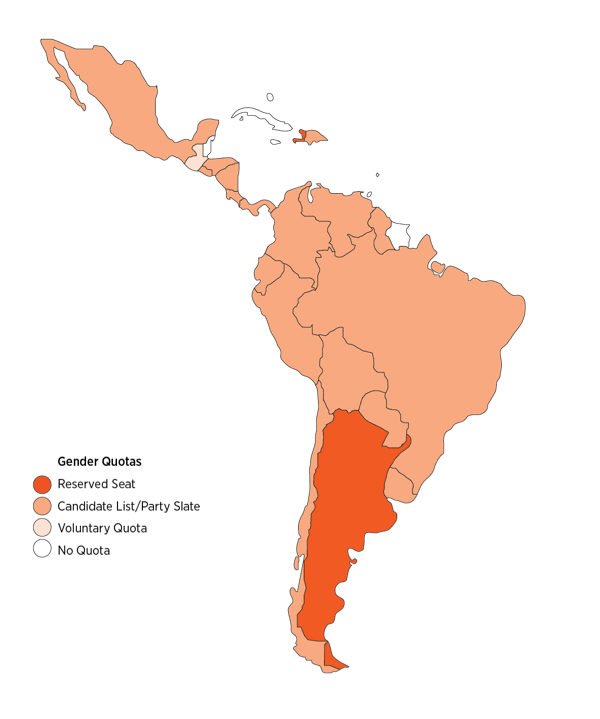 The ideology of political parties determines the policies they support. A greater concentration of right-wing or left-wing parties may indicate the direction that a country's decisions will take. The ideological fragmentation of congresses can determine the ability to carry out collaborative work in the drafting of laws. 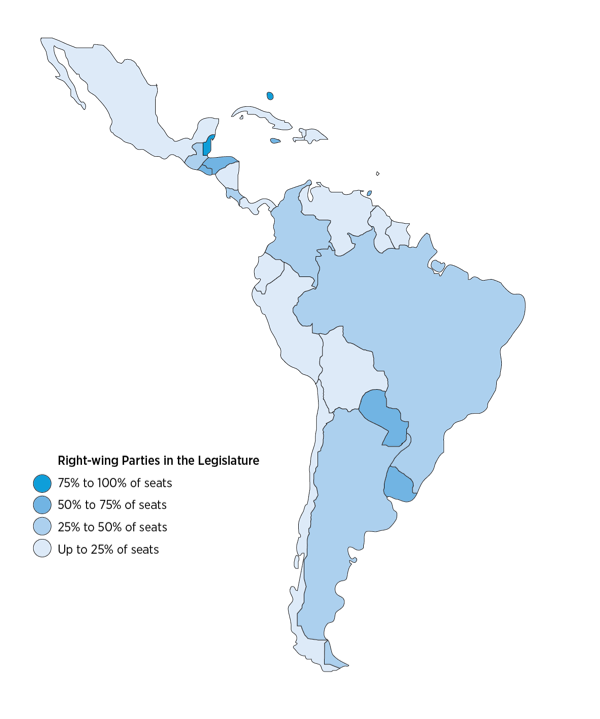