The Database of Political Institutions 2017 (DPI2017) presents institutional and electoral results data such as measures of checks and balances, tenure and stability of the government, identification of party affiliation and ideology, and fragmentation of opposition and government parties in the legislature. The current version of the database expands its coverage to about 180 countries for 40 years, 1975-2017. It has become one of the most cited databases in comparative political economy and comparative political institutions, with more than 3,000 article citations.

Scroll down to explore how key indicators have changed over the past three decades across Latin America and the Caribbean.

The more checks there are, the higher the value assigned to a country. Values are impacted by indicators such as whether there is a chief executive, whether that chief executive is elected competitively, whether the opposition controls the legislature, and a host of others.

Mexico along with a number of other countries in the region have more checks and balances today than 30 years ago. Others remain unchanged or have evolved in a different direction. 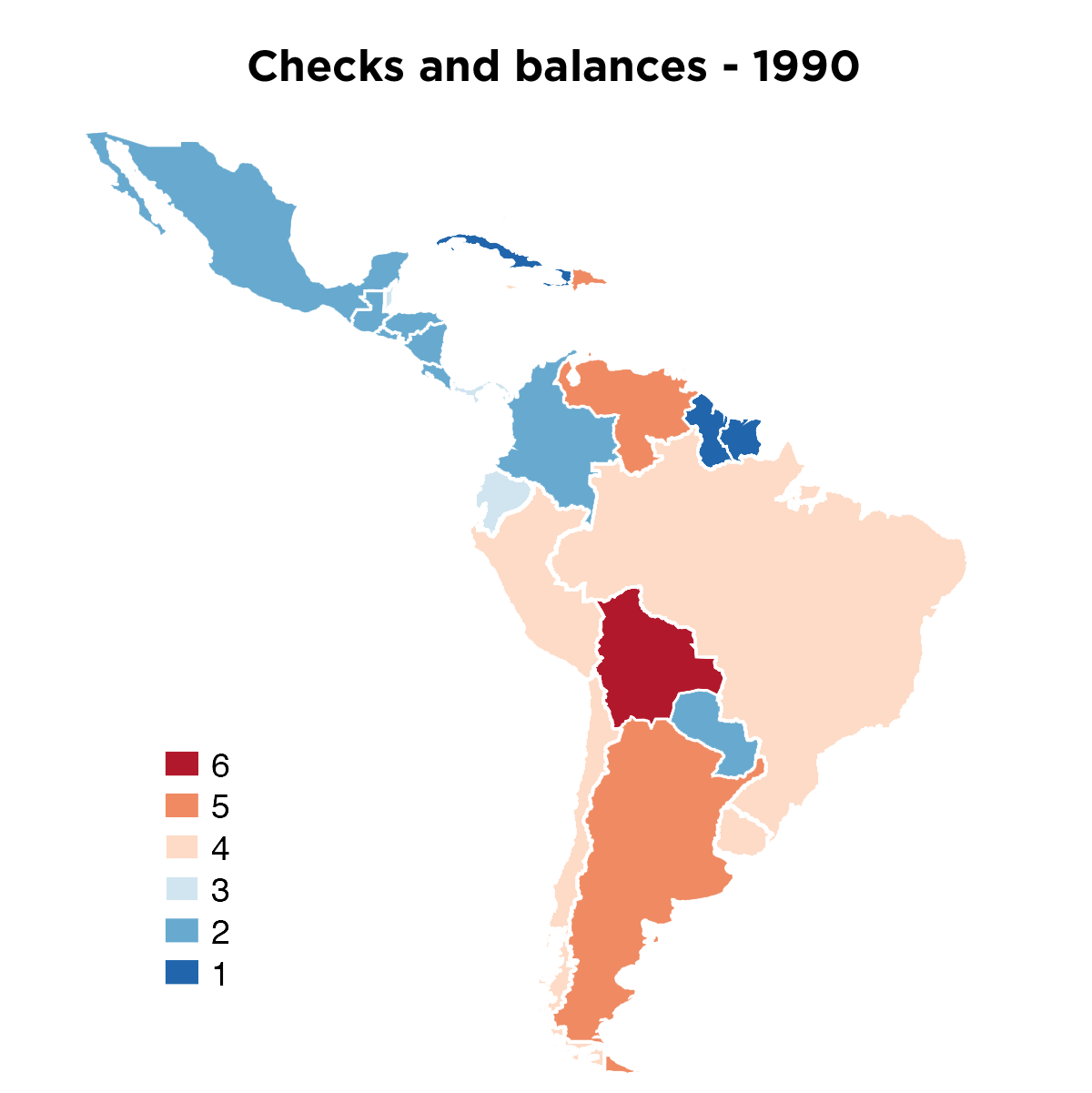 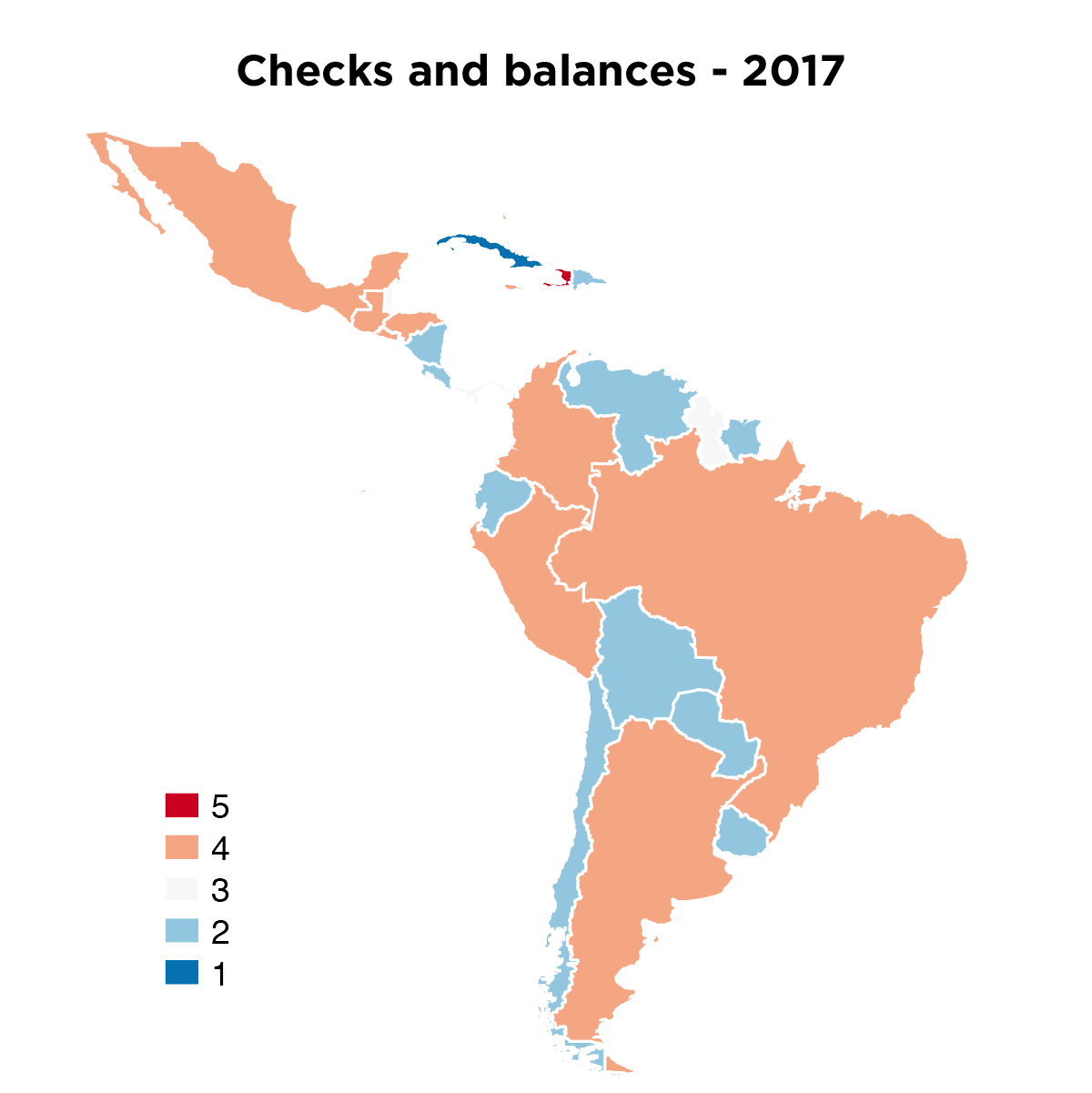 Is the majority of house seats elected proportionally or does the winner take all (plurality rule)? Most countries in Latin America have a proportional electoral system. 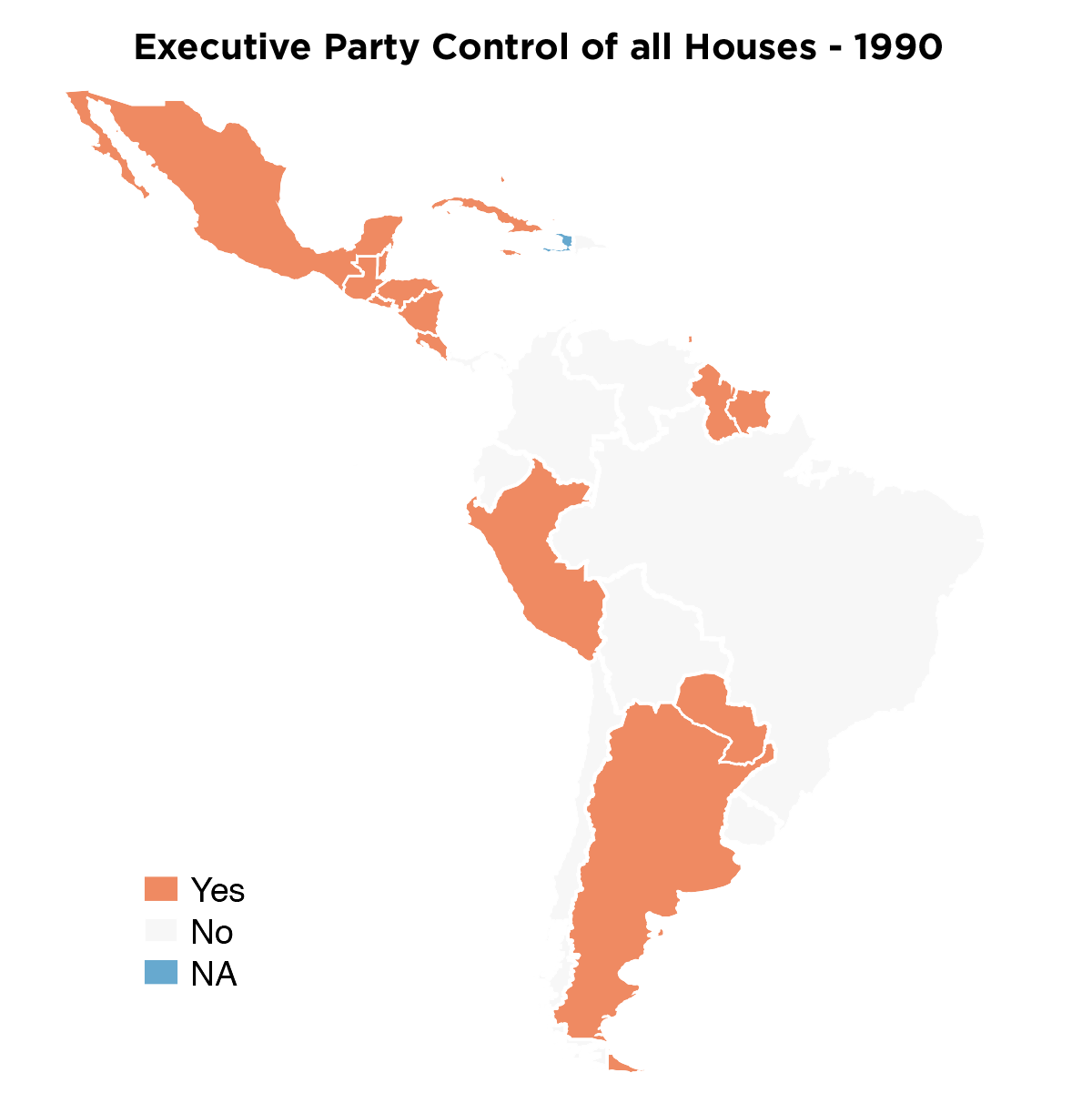 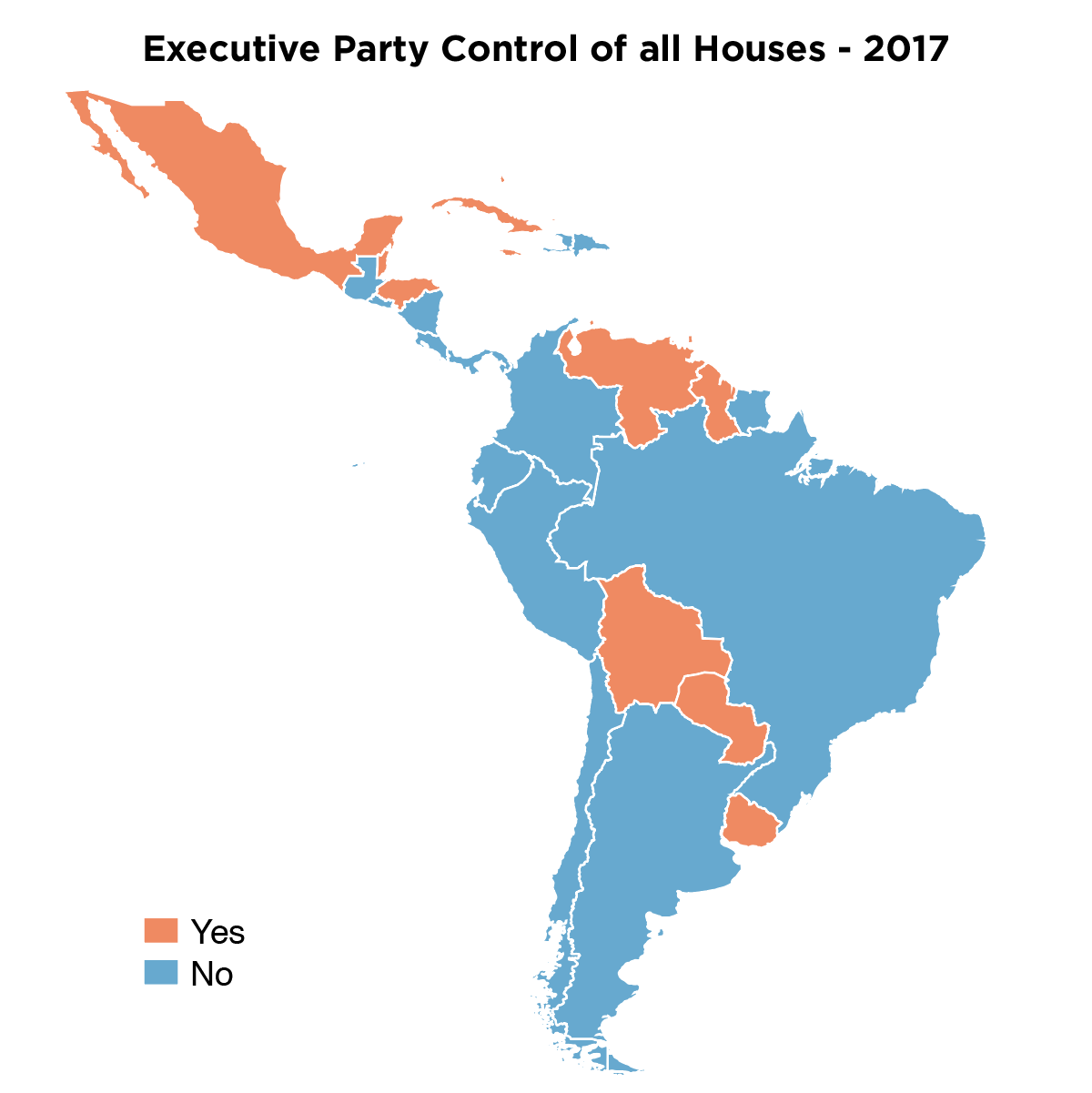 Political systems are classed depending on whether chief executives are elected directly or indirectly, whether the system provides for a prime minister, and how far-reaching the role and power of each actor is. 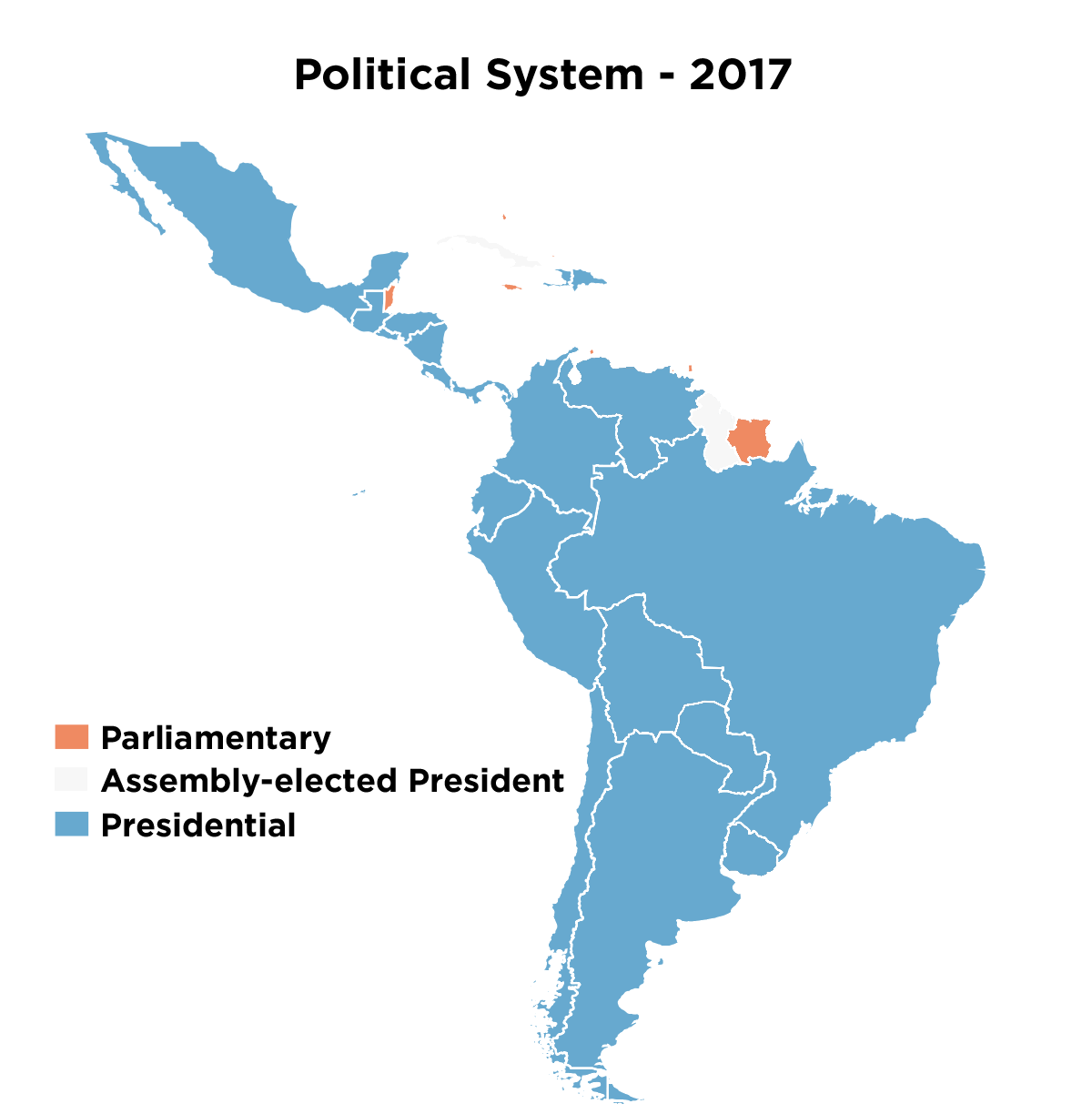 If states or provinces have no authority over taxing, spending, or legislating, they are classed as no. If they have authority in any of these realms, they are classed as yes. This variable was extensively updated for this version of the DPI. In Latin America and the Caribbean, this indicator remained largely unchanged since 1990.