Evaluating the IDB’s Climate Change Efforts in the Agriculture Sector

Activities like deforestation, land-use changes, crop planting and, most significantly, cattle raising all contribute to increased levels of greenhouse gases (GHG) in the atmosphere. This report evaluates the performance of the IDB in fostering mitigation and adaptation to climate change in agriculture, water resources, forestry and land use in Latin America and the Caribbean (LAC). 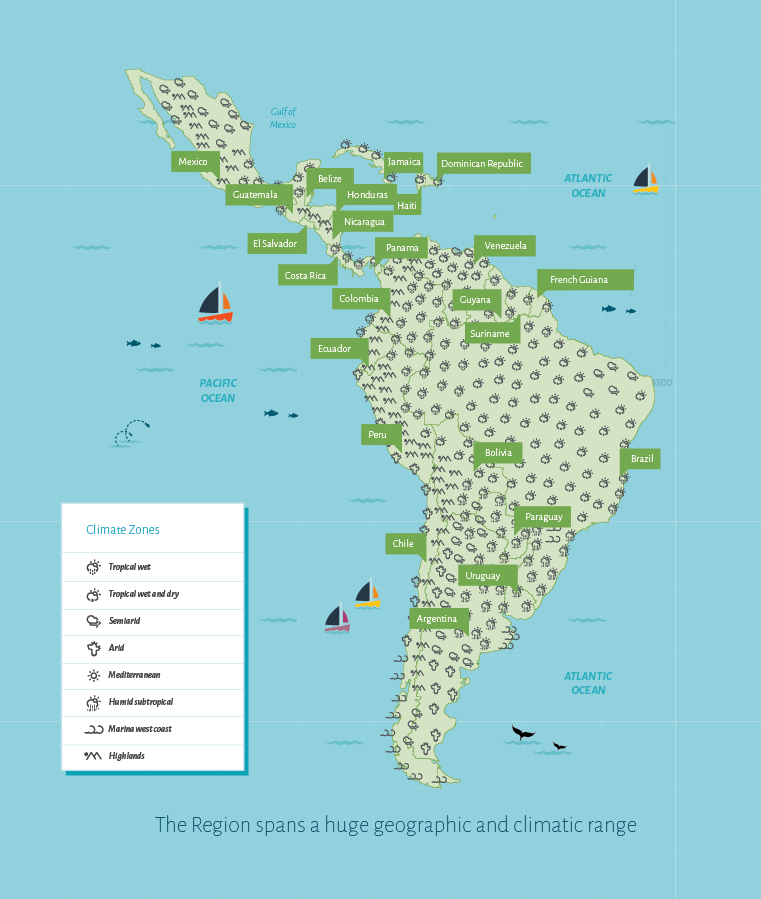 Activities like deforestation, land-use changes, crop planting and, most significantly, cattle raising all contribute to increased levels of greenhouse gases (GHG) in the atmosphere. From 1990 until 2010, agricultural land has increased by 52 million hectares in Latin America and the Caribbean (LAC), while forested land has decreased by 93 million hectares. It is estimated that these processes taking place in the LAC region account for nearly half of the world’s emissions related to agriculture and land use change. Most of the agricultural emissions in LAC derive from the methane that is emitted from the manure and digestive processes of cattle. This makes attempts at reducing GHG emissions from the agriculture and natural resources sectors important for slowing the rate of global climate change. However, agriculture can also be part of the solution to reduce climate change. Zero-tillage agriculture practices, reforestation or preserving of forests take carbon out of the atmosphere as it is stored in land and trees. 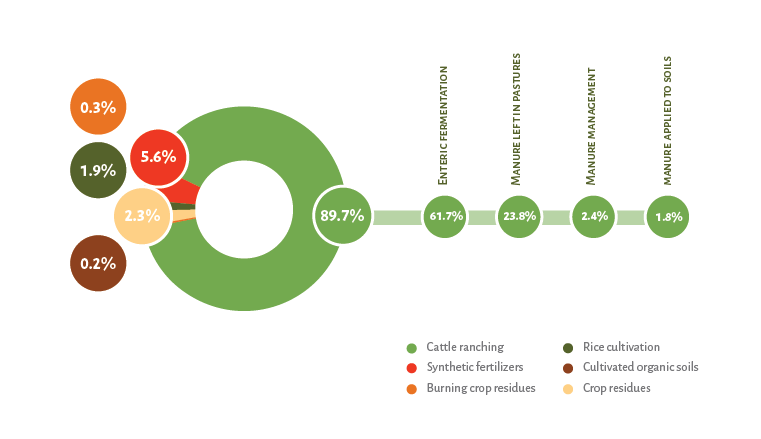 Agriculture is one of the most vulnerable sectors to climate change

Climate change also poses a threat to agriculture and natural resources in LAC. The primary reason is that climate change is causing increased temperatures and reduced rainfall in certain areas, and contributing to more frequent droughts and floods. These stresses combined with growing water needs in the expanding agriculture sector make LAC particularly vulnerable to climate change. Poor and indigenous peoples living in rural areas are especially at risk since they rely heavily on the natural environment for their livelihoods and wellbeing.

As part of the general climate change evaluation carried out by OVE in 2014, this sectorial study: Agriculture and Natural Resources, evaluates the IDB's actions in the sector and its implications for climate change.

The IDB’s strategic focus in agriculture and natural resources is highly relevant to adaptation. The IDB has worked on improving plant and animal health, increasing agricultural research and innovation, supporting small-scale farmers, and improving water resource management. These are all the kind of actions necessary for adapting to changing climate.

From 2004 to 2013, the IDB approved 73 loans and 149 grants for a total value of US$3.1 billion for climate related operations in the agriculture and natural resources sectors. Adaptation related loans represented the biggest share with 77% of the approved resources. Although loan amounts have not increased overtime, technical support - funded through grants - has greatly expanded in recent years.

The IDB’s climate change mitigation portfolio in agriculture and natural resources is small considering the large contribution of these sectors to GHG emissions (about 50% of total LAC emissions). The reason behind this is that mitigating agricultural emissions of greenhouse gases is a relatively new area of focus for the IDB, though the number of operations in this area has increased in recent years. The IDB has sought to limit deforestation but so far has not concentrated on the problem of cattle ranching.

IDB interventions have had mixed results

The evaluation found that the IDB is well positioned to support country efforts to adapt to climate change in agriculture, and there is room to play a more significant role in institution building, policy development and expanding technical cooperation. The evaluation also found that it has been a challenge to measure the IDB’s overall effectiveness and value-added because of inadequately designed frameworks, monitoring practices and the difficulty in understanding to what extent IDB support has contributed to climate change-related improvements, which result from the efforts of many actors. Furthermore, IDB’s approach to reducing GHG emissions by preventing deforestation is appropriate but still of little impact and the Bank has largely omitted the issue of emissions from livestock.

Drawing on the findings in this evaluation, OVE offers a number of specific suggestions to IDB management, including the following:

3. Provide training for staff concerned with agriculture, forestry, and land use to deepen their understanding of adaptation and the options to promote it.

4. Support climate modeling only in a research context.

5. Include proper formulation of project development objectives in results frameworks. Results indicators should correspond to, and clearly measure, these objectives.