INTAL’s agenda promotes the economic, digital, and political integration of Latin American and the Caribbean and focuses on the following areas:

The Institute for the Integration of Latin America and the Caribbean (INTAL) carries out an agenda for institutional capacities building, generation of knowledge, consolidation of statistical information, and promotion of strategic dialogues. We contribute to the convergence of strategic experiences on the region, we support cooperation between the IDB member countries, we promote physical connectivity, training in negotiation and trade policies, and we encourage the creation of ventures with regional impact that contribute to productive diversification. Through contests, seminars, conferences, collective intelligence meetings and open knowledge, we put innovation and creativity at the service of regional integration and trade to improve lives.

Subscribe to our email alerts to stay informed on the latest news and upcoming events.

INTAL was created in 1965 thanks to decisive support from the countries in the region, which gave it the difficult mission of articulating the integration effort for Latin America and the Caribbean. At that time, discussions in the region were taking place in an international context marked by the Cold War, the difficulty of consolidating democratic regimes, the beginnings of social upheaval, and a trade system that was seeking to pave a way forward by means of new institutions and rules of play.

The challenges of adding value to exports, improving the terms of trade, incorporating industrialization strategies, reaching equilibrium in the balance of payments, and achieving diversified global integration with social inclusion were defined within the public agenda in fairly similar terms to those we use today.

The desire for integration had been expressed through the Latin American Free Trade Association (ALALC) and the Central American Common Market, but it still was far from being a political, economic, and social force capable of overcoming the obstacles of the times. National economies functioned as watertight compartments that were walled off by high customs barriers. In this context, the first president of the IDB, Felipe Herrera, made numerous presentations that helped consolidate the idea that the IDB should play an important role in Latin America’s economic integration.

At INTAL’s inaugural ceremony, in the company of the president of Argentina of the time, Arturo Illia, Felipe Herrera said: “In each of our countries, associations and groups are emerging today with the aim of promoting economic and political integration, just like the societies and organizations in colonial Spanish America that incubated new ideas and nurtured the message of emancipation. INTAL is a product of these new motivations and therefore its task is two-fold. Its role is to study the problematic aspects of integration objectively and research into ways and means of solving them. But at the same time, it must serve as a meeting place for those Latin Americans who, in different areas of activity, are part of the quest for procedures that will enable us to build our community of nations rapidly. Although you are part of a technical body, your work will imply great commitment, because it is academic work at the service of a cause: the cause of Latin America.”

From 1984 to 1988, Juan María Vacchino was director of INTAL. Eduardo Zalduendo continued in the position until 1991, when José María Puppo took over as interim director.

Juan José Taccone was named director of INTAL in 1996 and held the position until 2005. He was succeeded by Ricardo Carciofi, who served until 2013, when Graciela Schamis took over.

From 2014 to February 2019, INTAL was led by Gustavo Beliz. The current director is Pablo García. 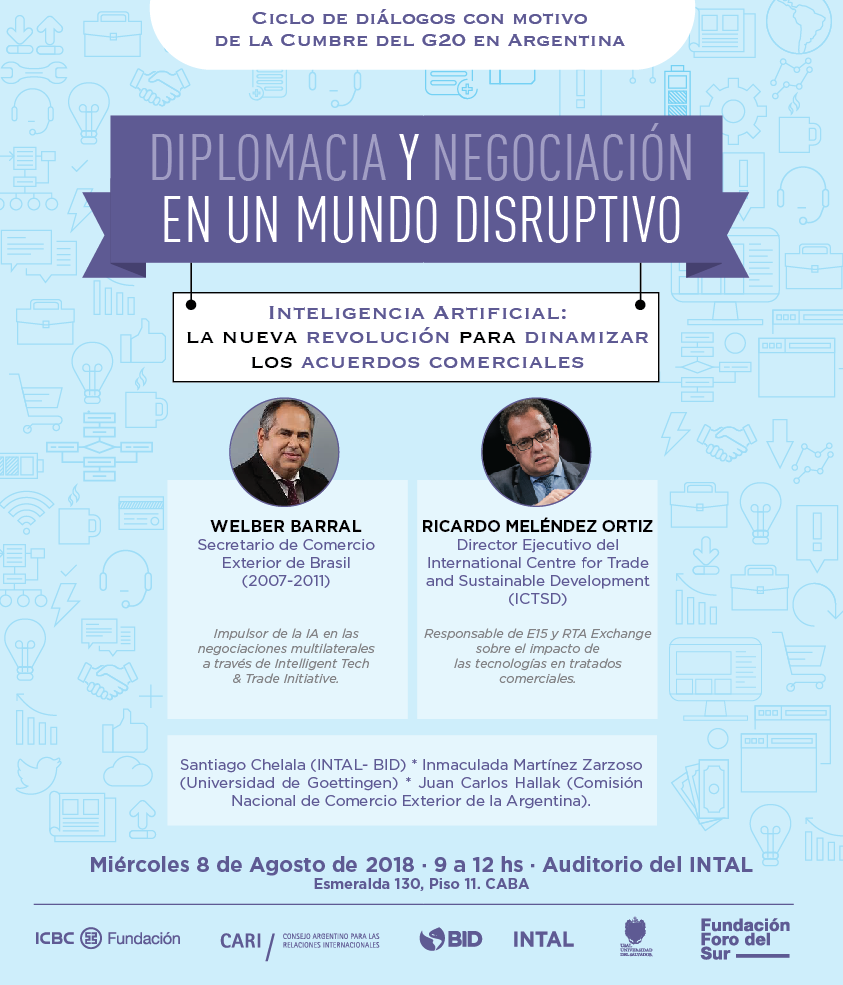 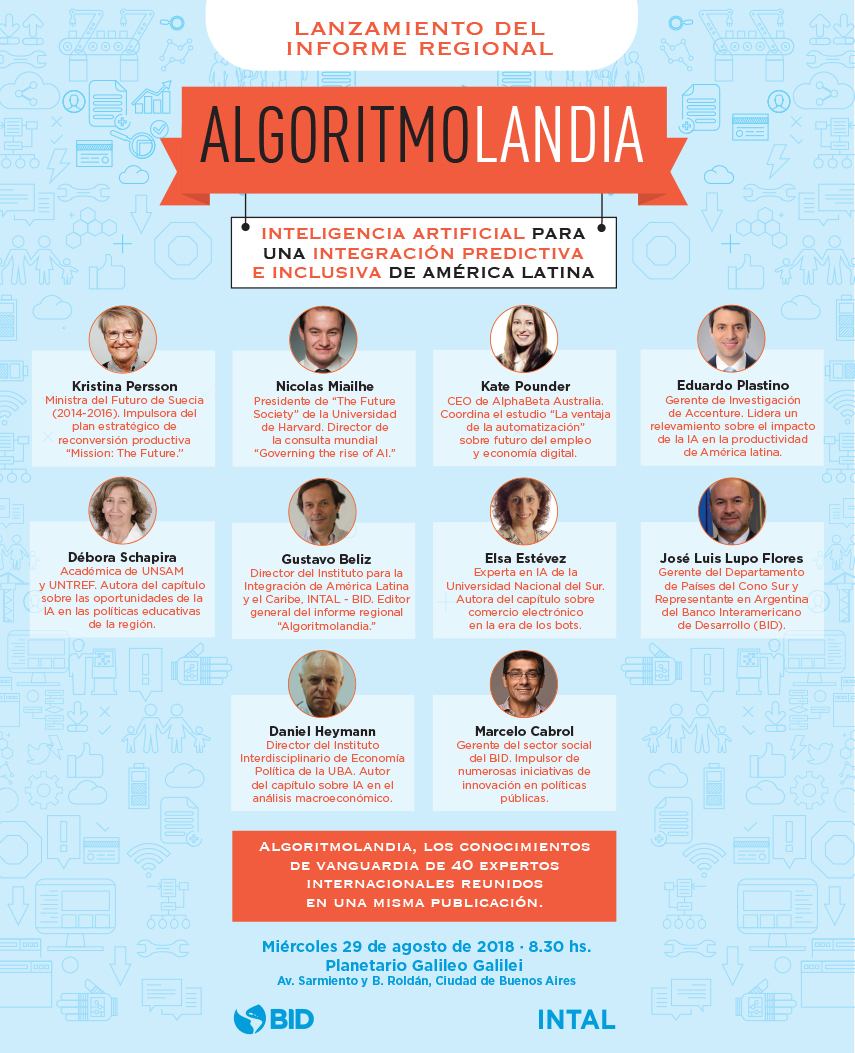 Supporting the processes of physical integration through infrastructure development and cooperation. (IIRSA)

Training and capacity building on trade and integration.

Regional Public Good alliance INTAL-Latinobarometer, which gathers the information demands of the countries and elaborates studies of integration and tommerce from the crossing between data of the traditional Latinobarometer survey and a set of official statistics.