Sargassum is a dark-brown murky seaweed, which, since 2011, has been  washing up in enormous quantities on the Caribbean’s pristine shores. Each year over 22 million metric tons of the seaweed inundate the Caribbean, clogging coral reefs, affecting the ecosystem, impeding the fishery community and becoming  increasingly irksome to the tourism sector. The decaying weed produces a rotten-egg-smelling gas, which keeps beach lovers and tourists at bay. In 2018 sargassum cleanup reportedly cost the Caribbean approximately US$120 million.

A growing body of research shows that this threat to the livelihood of many and the environment is brought on by climate change and  pollution. The ocean’s absorption of most of the heat trapped by greenhouse gas emissions, especially at the surface, is believed to have catalyzed a spike in sargassum blooms. The other culprit experts point to is pollution caused by the excessive use of fertilizers such as nitrogen and sewage overflow, which feed sargassum growth.

A search for solutions has sprung to match the challenge posed by sargassum, seeking to turn this recurring nuisance  on Caribbean shorelines into a productive material.

From trash to fodder

Daveian Morrison, an electrical engineer and budding Jamaican entrepreneur, was studying the problem when he learned that the seaweed is rich in nutrients, notably carbohydrates and protein. Determined to harvest it to produce organic animal feed, in 2018 he formed Awganic Inputs. 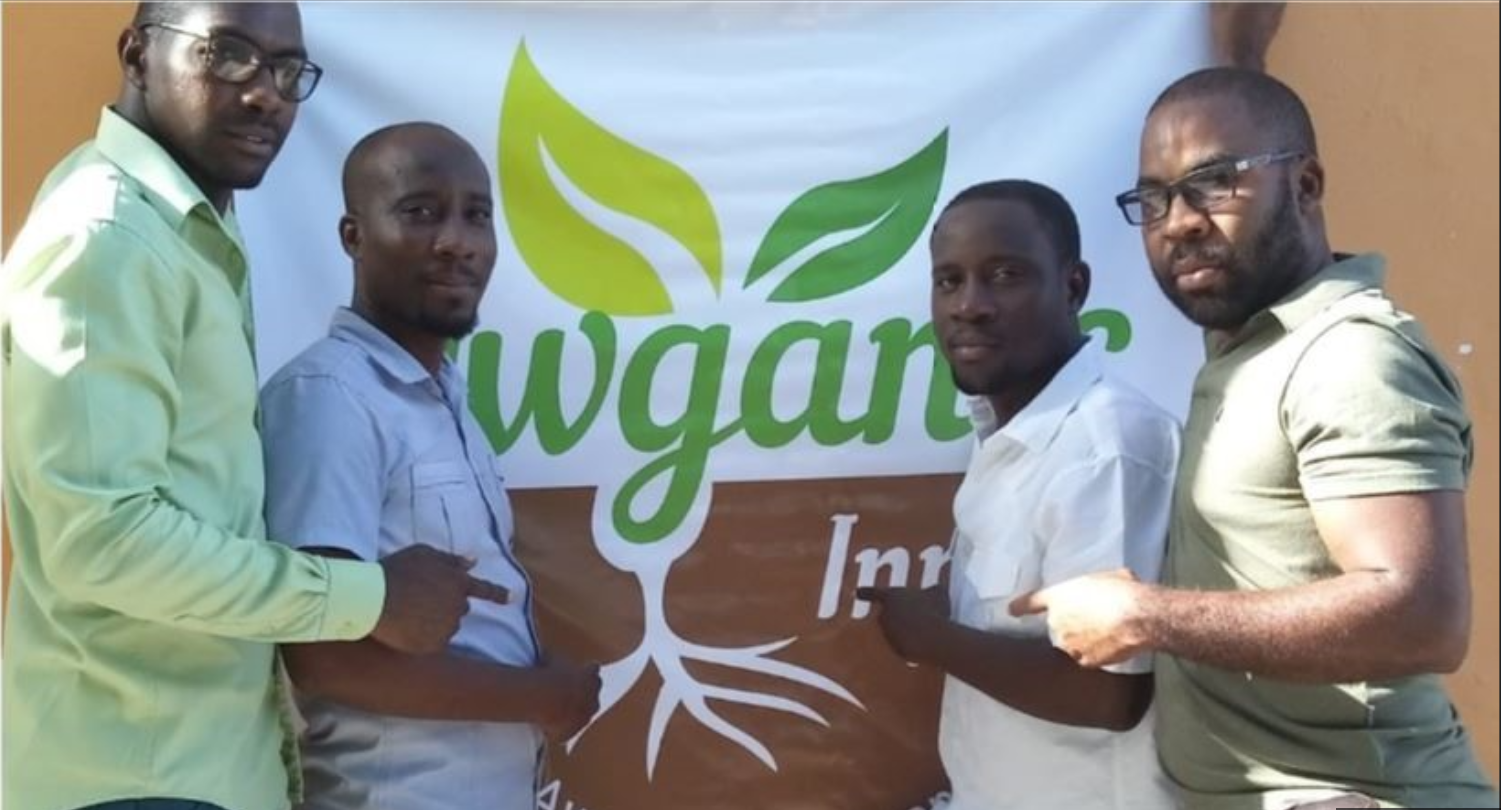 “We see ourselves as the complete solution to the sargassum challenge, which is bothersome to our Caribbean coasts. Our goal is to ethically dispose of it, principally by turning it into animal feed,” says Morrison.

At that time, goat farming was chosen as the beachhead market. Goat is one of the primary meats consumed in Jamaica. With the country having an annual import bill of over US$15 million for goat meat, Awganic Inputs saw an opportunity to provide affordable feed to goat farmers. Morrison adds that farmers will be better able to greatly increase their herd size from the average 30 heads per farm, moving from a national count of 700,000 heads to 3 million, allowing the local industry to supply the national demand for goat meat. “We want to provide the sector with over 160 tons per annum, targeting over 80 clients. We are also eyeing other sectors including fish and rabbits,” says Morrison.

Omar Prince, a goat farmer from Sandy Bay, in southern Jamaica has put the product to the most important test:

"The goats love it. The first time I gave to them, they ate it all. It’s very organic, so you don't have to worry about their digestive system if it’s going to clog it up or anything.”

When the sargassum is rotting and unfit for making fodder, Awganic can use the seaweed to produce charcoal or “ecoal.”

According to Morrison, this alternative biofuel could save many Caribbean forests from being cut down to make charcoal. Sargassum burns cleaner and does not emit much dust or smoke. It also burns longer, making it perfect for cooking jerk, a traditional Jamaican style of seasoning and preparing meat. “We have two flavors, plain and pimento,” says Morrison whose inspiration for this initiative was his grandfather, who cooked this traditional dish with coal when Morrison was growing up.

Awganic Inputs got a push start through the Caribbean Climate Innovation Center (CCIC) Climate Launch Pad, the largest green business ideas competition held in Jamaica, Barbados and Suriname in 2019. According to CCIC’s Chief Executive Officer, Carlinton Burrell, they received 37 applications for the program and selected 15 teams to participate in a 2-day bootcamp and 6-week Accelerator Program leading up to the national finals.

“Of that number, 10 teams participated in the National Finals Pitch competition, where Daveian Morrison of Awganic Inputs emerged the winner. The competition was intense, with several brilliant climate adaptation ideas, most of which we will continue to support,” says Burrell. 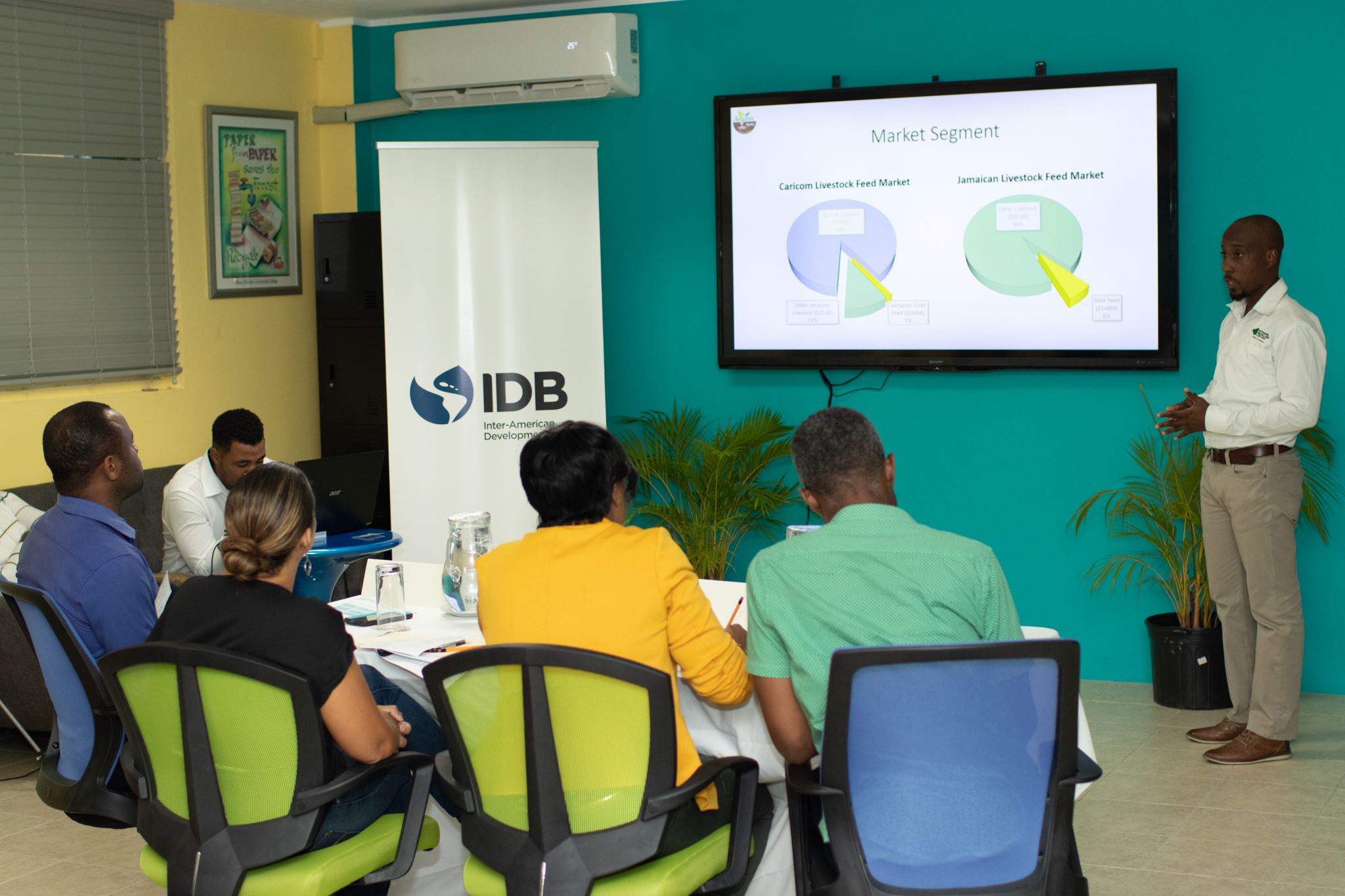 Morrison went on to the global stage of the competition that attracted projects from 54 nations, making it to an impressive finish for Jamaica, proudly bowing out at the semi-final stage.

Burrell attributes the program’s success to its very strong and supportive partners, including IDB Lab, the Inter-American Development Bank’s innovation and entrepreneurship platform, which provided funding.

“We are truly delighted about this partnership, as it will provide support to innovators and entrepreneurs to turn their ideas into market-ready business models, focused on solving social and environmental challenges, with the potential for transformational impact”, says Terry-Ann Segree, IDB Lab private finance operations senior specialist.

“With climate change ushering new policy priorities, allocating resources to previously underfunded areas and upending business as usual, there is a  great opportunity for our people to do things differently and innovate. The Caribbean is awash with creativity, and we are confident that many new climate-smart ideas will emerge from this competition,” says Rene Herrera, IDB procurement lead specialist.

Adding to its growing recognition, Awganic Inputs was among the entrepreneurial innovations on show at the IDB’s 50th Anniversary of its partnership with Jamaica.

Growing in times of COVID-19

"In times of financial crisis, people buy food and not flowers. It all boils down to a needed product, even better when it is at an affordable price. Our quest is to get our product to be renowned in the market,” says Morrison.

The entrepreneur is adapting to the new circumstances, looking into cashless transactions and barter with farmers to continue expanding the reach of his products, while exploring diversification into other revenue streams.

“As a start-up, we are aiming to scale to a medium-sized outfit. We believe that discipline and focus, backed by our great team, is critical to meet the challenges ahead,” he says.

To know more about policies supporting agriculture in the region, click here.

For more about the impact of gas emissions in Jamaica, click here.