Stories of Progress to Steel a Region for the Future

By definition, a pandemic is no “ordinary” challenge. The people and institutions of Latin America and the Caribbean are bearing witness to that fact in the scale and scope of COVID-19’s impact. Both a unifier and a divider of societies, it is also a magnifier, exposing and worsening structural weaknesses.

Recovery will not be “ordinary” either. While redevelopment projects will work to make up the enormous ground lost, new initiatives will help countries and people find their footing in a transformed world.

And yet, despite the unprecedented nature of these times, the people of the region are no strangers to formidable challenges. Nor are they unfamiliar with fighting for, and making progress toward, better economic and social conditions.

“In these difficult times, we can find inspiration in the many ways in which Latin American and Caribbean countries have overcome past challenges,” IDB President Luis Alberto Moreno recently tweeted.

In these difficult times, we can find inspiration in the many ways in which Latin American and Caribbean countries have overcome past challenges. Explore this timeline of recent milestones in our journey to help improve lives. https://t.co/eudXTDX7Sf pic.twitter.com/kOntuAB61q

The Inter-American Development Bank’s (IDB) new, interactive project, “15 Years of Improving Lives,” showcases nearly 250 recent landmarks across 10 categories. From paving roads and digitizing government to preventing crime and spurring entrepreneurship, these are reminders of what can be achieved when ingenuity and determination are enabled by smart investment.

“To talk about Salud Mesoamérica is to talk about Marbelly Edwards,” says Emma Iriarte, referring to one of the major initiatives featured in the project.

“Marbelly was 20 years old, of Miskita ethnicity, living in one of the poorest municipalities in Nicaragua. Just as half of the poorest women in Mesoamérica do, she gave birth to her first child at home because she couldn’t go to a hospital – not even pay for transportation to reach it.”

The IDB launched what would become the Mesoamérica Health Initiative, or Salud Mesoamérica, in 2009. Since then, the public-private partnership has increased access to quality health services for 1.8 million disadvantaged women and children in Belize, Costa Rica, El Salvador, Guatemala, Honduras, Mexico, Nicaragua and Panama.

Salud Mesoamérica uses a results-based financing model: Initial investments managed by the IDB are roughly matched by national governments. Then, once concrete measures of success are achieved, additional healthcare funding is released.

“The change in the conversation with governments has been vital,” says Iriarte, a principal health specialist at the IDB and the project’s regional executive secretary.

“The conversation doesn’t start with how much financing there is or how many people we’re going to hire. The conversation begins with what results and what changes we want to achieve in the population. And from there, we work backwards."

When Marbelly Edwards was ready to have her second child, she used a transportation voucher to get to the hospital, which was prepared to admit her. Then she received postnatal care at a special facility. Her risk of dying in childbirth had been reduced by a third.

“I remember when we visited one of the favelas with the permission of the drug traffickers, which was necessary to enter,” recalls Mario Durán-Ortiz, a lead specialist in urban development at the IDB.

“At the back end, there was a little house in very precarious conditions. Small children were playing happily outside, despite the extreme poverty. Behind us were older children, ages 9 to 11, who were playing with weapons as if they were toys, spinning the guns on their fingers. With programs like Favela-Bairro, we are creating opportunities so that young children like those don’t wind up working for the traffickers and can lead decent lives.”

Twenty-five years ago, the IDB began working with the city of Rio de Janeiro to improve living conditions in the city’s shantytowns, or favelas. The Favela-Bairro program aimed to dramatically upgrade the informal neighborhoods – home to some 1.5 million people, or about a quarter of the city’s population – with desperately needed infrastructure and social services.

Following the first and second phases of the program, the IDB approved financing for a third phase in 2010 – another key moment highlighted in the Bank’s new timeline project.

That approval brought the investment total to more than $500 million, a figure that has translated into access to clean water; sewer systems and drainage infrastructure; paved and illuminated streets; new parks and sports areas; childcare and youth centers; violence-prevention initiatives; and property titling.

The third phase, notes Durán-Ortiz, was more complex than its predecessors. With Brazil’s 2014-2015 economic crisis as a backdrop, it focused on Rio’s 25 largest favelas.

Cumulatively, the program has benefited 600,000 people in the country’s second-most-populous city. The IDB has also helped replicate the neighborhood-upgrading model across the region.

In the context of the pandemic, both the critical improvements made, and the need for much more work, have taken on a new significance. 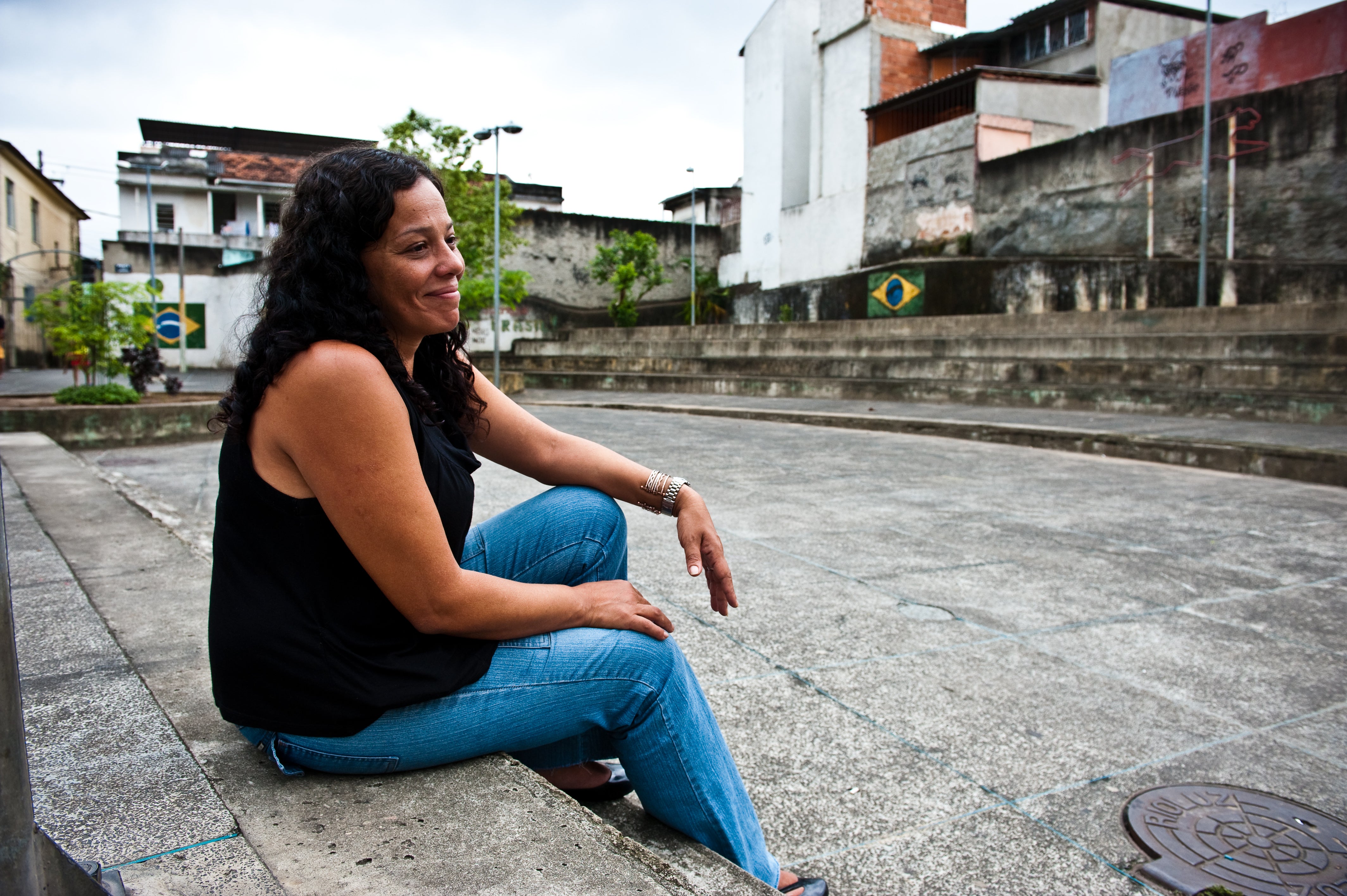 In 2008, the IDB Group's private-sector arm, IDB Invest, inked a loan for the expansion of the Panama Canal. Boosting the capacity of the critical conduit and allowing the passage of larger vessels would require the region’s largest infrastructure project to date.

Across the Caribbean Sea, the project also spelled opportunity for Jamaica. In late 2015, the Bank approved its largest non-sovereign-guaranteed transaction in the country for the modernization and expansion of Kingston’s container terminal – one of 25 infrastructure highlights included in “15 Years of Improving Lives.”

The goal: enable the port facility to handle bigger ships and accommodate the cargo volumes expected with the Canal’s expansion. Doing so would keep it a contender in the competition for ocean-based commerce.

“The port of Kingston was one of the first assets to be privatized within the framework of the reforms recommended by the International Monetary Fund. Therefore, it was critical that it be a success,” recalls IDB Invest Portfolio Management Officer Juanita Pied.

“IDB Invest contributed $94 million and managed to mobilize almost twice that amount, thanks to various types of investors.”

IDB Invest also provided assessments to optimize dredging and mitigate the impact of the works on local biodiversity and cultural heritage.

“There is another very important advantage that the Port Authority of Jamaica always mentions to me when I meet with them,” notes Pied.

“They say that the privatization of the port has allowed them to free up staff resources so they can dedicate time to new projects. For example, they are improving cruise terminals in the Ocho Ríos area and they are also working on the development of a logistics zone to diversify the country's economy.” 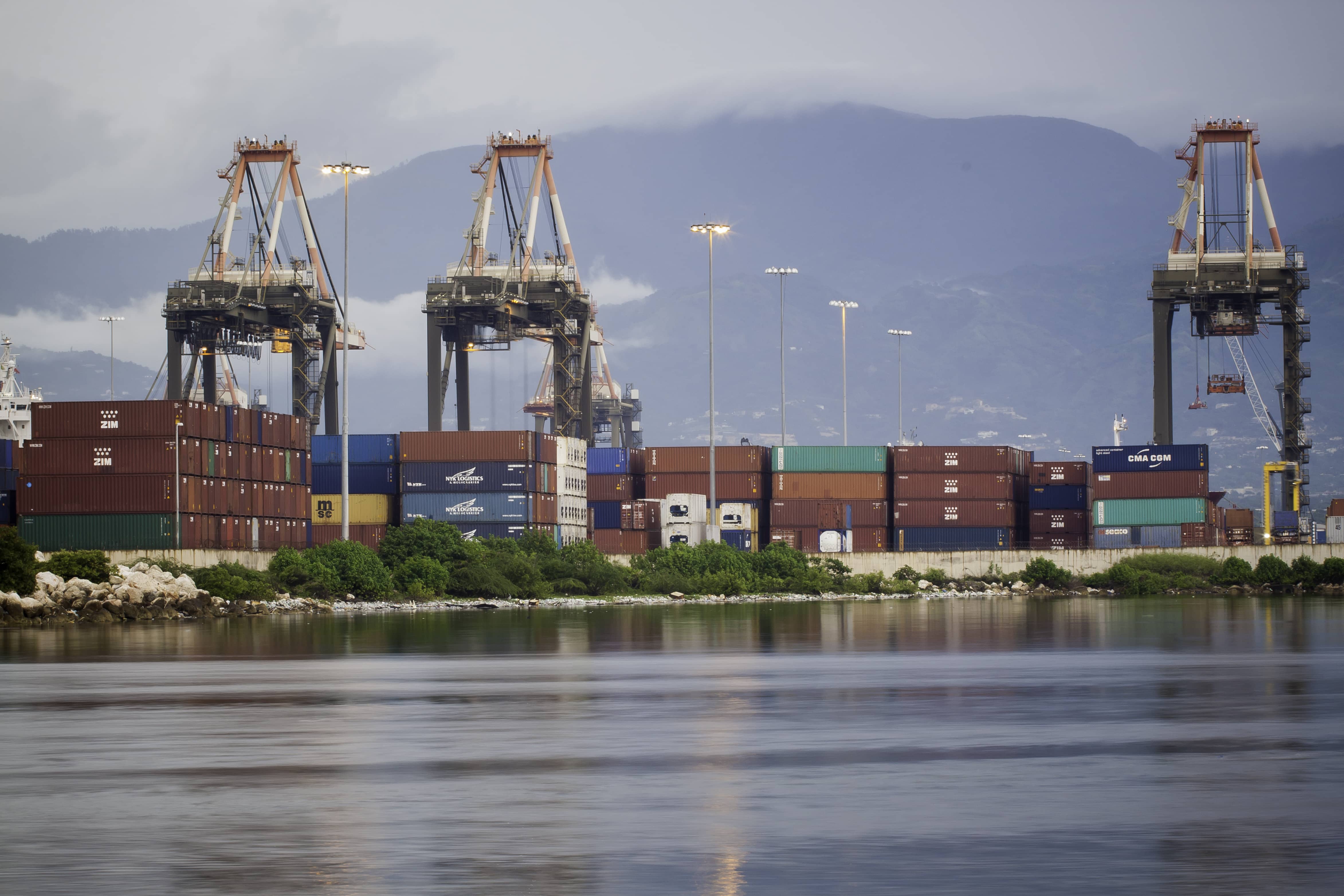 In some cases, however, investments produce returns that no one could have anticipated.

“Before 2008, governmental support for innovation and research in Uruguay was intermittent, dispersed and not very effective. The National Research and Innovation Agency, or ANII, solved that problem,” says Pablo Angelelli, lead specialist in science and technology at the IDB.

“Today, the innovation ecosystem of Uruguay and of Montevideo is one of the most dynamic in the region.”

Angelelli was part of the team that worked with government authorities to create and consolidate the Agency, beginning with a foundational loan in 2008 – one of the Bank’s recent technology-innovation landmarks.

ANII has since financed some 1,200 research projects, many of them related to national goals, such as transforming the energy matrix, mitigating climate change and improving the education sector.

Then, in early 2020, the pandemic struck – and a longstanding partnership was mobilized.

In March, the IDB joined forces with ANII to co-finance its COVID-19 Diagnostic Kit Challenge, a call for the rapid, in-country design and production of 10,000 coronavirus tests.

The public-private collaboration that emerged in response was able to produce and deliver the kits to the Ministry of Health in just one month. At a time of intense global competition for testing supplies, Uruguay had developed a homegrown solution to become the region’s leader in per capita capacity.

“The pandemic is showing us the value and importance of having a sustained investment in research, innovation and entrepreneurship, as this agency in Uruguay was able to do with the Bank's support,” says Angelelli.

For more highlights of the Bank’s recent work across countries and sectors, explore the new interactive, “15 Years of Improving Lives.”

What has the IDB Group recently financed in your country? Click here to find out.