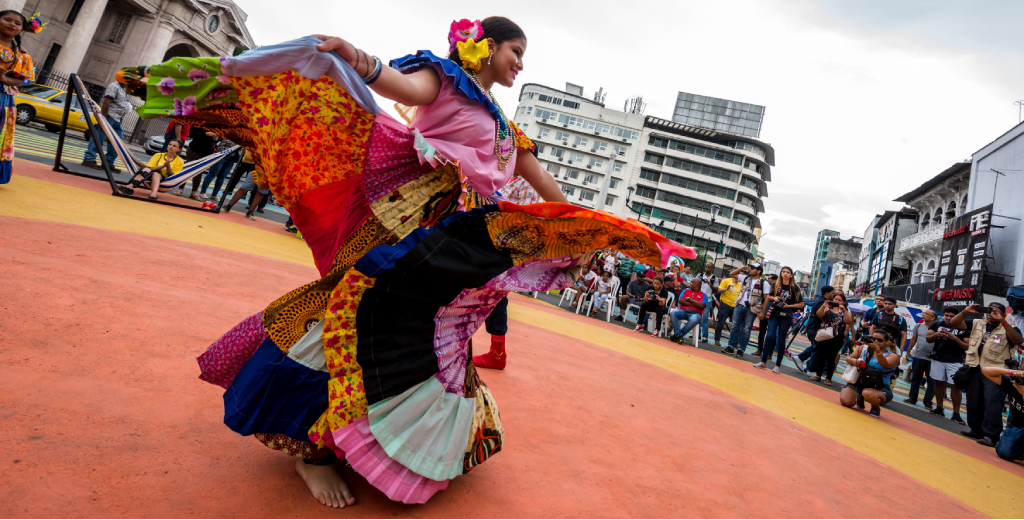 Panama City, at a walker’s pace

During the last decades, the population growth of cities has not stopped. Even more, it has grown. Without going very far, 80% of the population of Latin America and the Caribbean currently lives in cities, of which six already have more than 10 million people living in their metropolitan areas: Buenos Aires, Mexico City, Rio de Janeiro, Lima, Bogotá and São Paulo. What has this brought? Accelerated growth, expansion of the urban sprawl, and multiple challenges on how we plan (and manage) our cities.

But above all, a challenge on how we move inside them.

The truth is that today, Latin American cities are not being planned or thought for their true protagonists: pedestrians. And Panama City is not the exception. Between 1960 and 1990, Panama went from having a predominantly rural to an urban population, and today its capital houses almost two million people in its metropolitan area. Currently, vehicular congestion is a serious problem and the habit of moving on foot is almost non-existent.

"Panama City adopted the model of city thought from and for the vehicle and, from there, it was becoming hostile for pedestrians. Being limited to the north by the Panama Canal Zone, and to the west by the Canal itself, growth did not occur in a centric manner, but from an axis to the east," says Jose Istaurín, deputy director of the Directorate of Urban Planning of the Mayor's Office of Panama City.

The idea is to change this paradigm and make Panama City not only more habitable, but also more friendly for the pedestrian. This is how the Panamá Camina project was born, which seeks to transform one of the most congested and motorized intersections in the city into a less hostile place for pedestrians, and where the space is better distributed.

Map: Where is the intervention located? 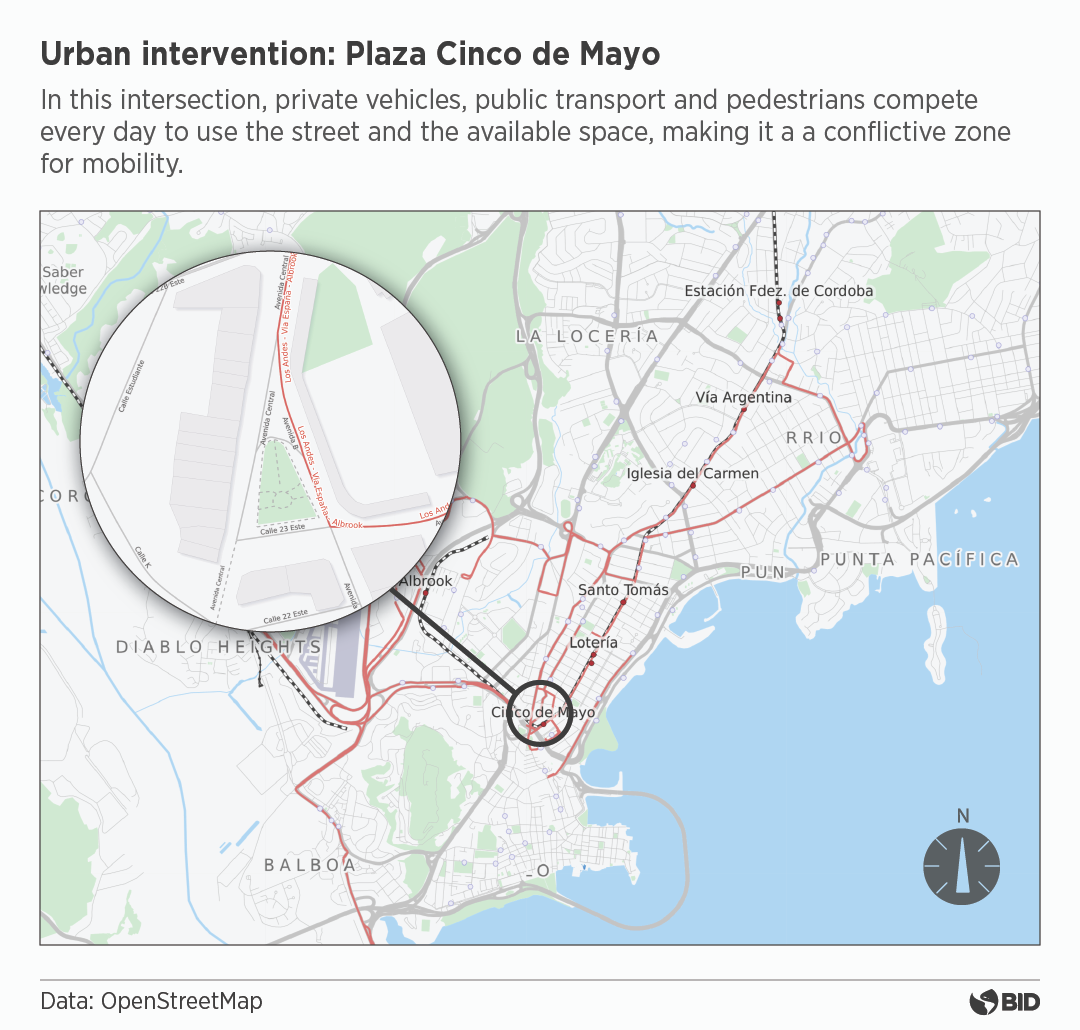 "What happens in the heart of the city, around the rehabilitated Plaza Cinco de Mayo, is that private vehicles, public transport and pedestrians compete daily for the use of the street and space, turning it into an area of conflict for mobility ", says Juan Pablo López Gross, consultant at the IDB's Housing and Urban Development Division.

“Panama City adopted the model of city thought from and for the vehicle and, from there, it was becoming hostile for pedestrians,” dice Jose Istaurín, says Jose Istaurín, deputy director of the Directorate of Urban Planning of the Mayor's Office of Panama City.

What does the project involve?

The project contemplates a physical intervention of the intersection, pedestrianizing a part of it where art and culture are promoted. Likewise, the idea is to encourage Panamanians to move on foot through the center, creating an identity and a meeting space for residents.

Until mid-November 2018, around 90,000 people walked and some 60,000 vehicles traveled daily around this sector, in the district of Santa Ana. However, 80 percent of the urban space was destined for vehicles and the rest for pedestrians.

In photos: Before the intervention

The temporary urban intervention, which lasted for a month, produced changes in citizen behavior, reorganized road planning, and allocated 70 percent of the intersection for pedestrians and left the remaining 30 percent for vehicles. The initiative was developed in conjunction with the municipality of the city, Ciudad Emergente, the National University of Panama and the Vía Plural organization.

This experiment actively involved citizens in the process of re-imagining of the urban space. From November 17 to December 15, Cinco de Mayo became a stage for over 200 artists who showed the diversity of Panama’s talent. A multicultural dialogue composed of art, literature and a variety of musical and dance expressions, the intervention displayed the multiple possibilities that this public space offers as a place of confluence for artistic creation and diffusion, as well as for free expression, inclusion, and community building.

In photos: After the intervention

"It's amazing to see how a place can change so much when you design it thinking of putting people in the center instead of just vehicles," says Javier Vergara, executive director of Ciudad Emergente.

The temporary experiment in Panama City served to demonstrate the importance of the human being as a central axis in the development of cities, and allow local authorities to make decisions about the future of the sector in the long term. The data collected during the four weeks of intervention show that access to more orderly, safe and pleasant streets, increase the quality of life of the citizen and reconcile it with their environment.

Other cities in the region that have carried out interventions of tactical urbanism are Santiago de Chile, where its iconic Paseo Bandera, in the heart and civic district of the city, was pedestrianized. Bogotá, for its part, institutionalized recreational bike paths; and São Luís in Brazil, likewise, recovered an abandoned patrimonial space from through a sustained intervention with a strong component of citizen participation.

Would it work in your city?