Mere months before becoming a contestant on the trendy fashion design TV show Project Runway, Anya Ayoung-Chee was learning how to sew. The contestant from Trinidad and Tobago would go on to win the 2011 season of the competition, setting an example for cultural and creative industries in the Caribbean and of how to overcome the challenges they face.

“The lack of investment in entrepreneurs and the creative industries makes it very hard. I’m still part of a generation that’s bridging the gap,” explains Ayoung-Chee. “I’m part of this in-between generation who pursued our dream. We’re overflowing with talent in this region.”

Though she credits her Project Runway win for giving her a “leg up” in her career, the result attests to the self-belief and perseverance that have propelled this mixed-race woman from a small country to entrepreneurial achievement.

“I’ve stood out because I’ve taken many chances. In the past nine years, I’ve started nine companies. Not all of them have worked, but I’ve seen it all as growth,” she says.

Ayoung-Chee says more funding, capacity building, education and entrepreneurial training can help fill the gap between specialists’ “grandiose projections” about the potential of the creative industries in Latin America and the Caribbean and the concrete investments required.

Her assessment and experience echo the findings of Launching an Orange Future, a study on creative enterprises in the region by IDB: Sixty percent of entrepreneurs surveyed have had a creative business fail, with the most common causes being a lack of financing and strategic planning. Up to 20% of failed businesses were attributed to lack of conviction from the entrepreneur or business partners.

The IDB study also showcases a region ripe with creative talent, with a further example from Trinidad and Tobago: Radial, a streaming app for soca music – the traditional genre of Carnival in the country – is tapping into the musical nostalgia of the vast diaspora, while also making the rhythms available to a wider public.

Talent, however, is indeed facing structural hurdles in the region. In the case of Radial, funding needed to be secured in the United States due to lack of local investment, much as Ayoung-Chee’s success owes much to her achievements abroad.

“For whatever reason, among us in the Caribbean, and probably Latin America, there is this sense that you have to make it outside of the region in order to be validated. It worked in my favor, but I feel as though it should not be the case,” she explains. If the right kind of support were there for creative industries, it probably wouldn’t be that way, she adds.

Ayoung-Chee is striving to change the equation, sharing her sense of how to capture the vast potential of the creative economy from a first-hand perspective. She has been invited to share her knowledge and inspiration with other creatives and entrepreneurs in the region at IDB gatherings such as FOROMIC, an annual event focused on reinventing inclusion with creative initiatives, based on digital solutions and new business. She is also a member of the IDB’s NextGen Board, which brings together 20 of Trinidad and Tobago’s brightest to inspire social, environmental and economic change in line with the IDB's Country Strategy and the country’s development goals.

The value of perseverance is a message she underscored at the Business Summit of the IDB’s 60th-anniversary celebration last year: “There aren’t that many incentives for creatives to do the work that they do. Everybody who does it does so because they have a passion for it – and they are willing to starve and sacrifice for that to happen.” 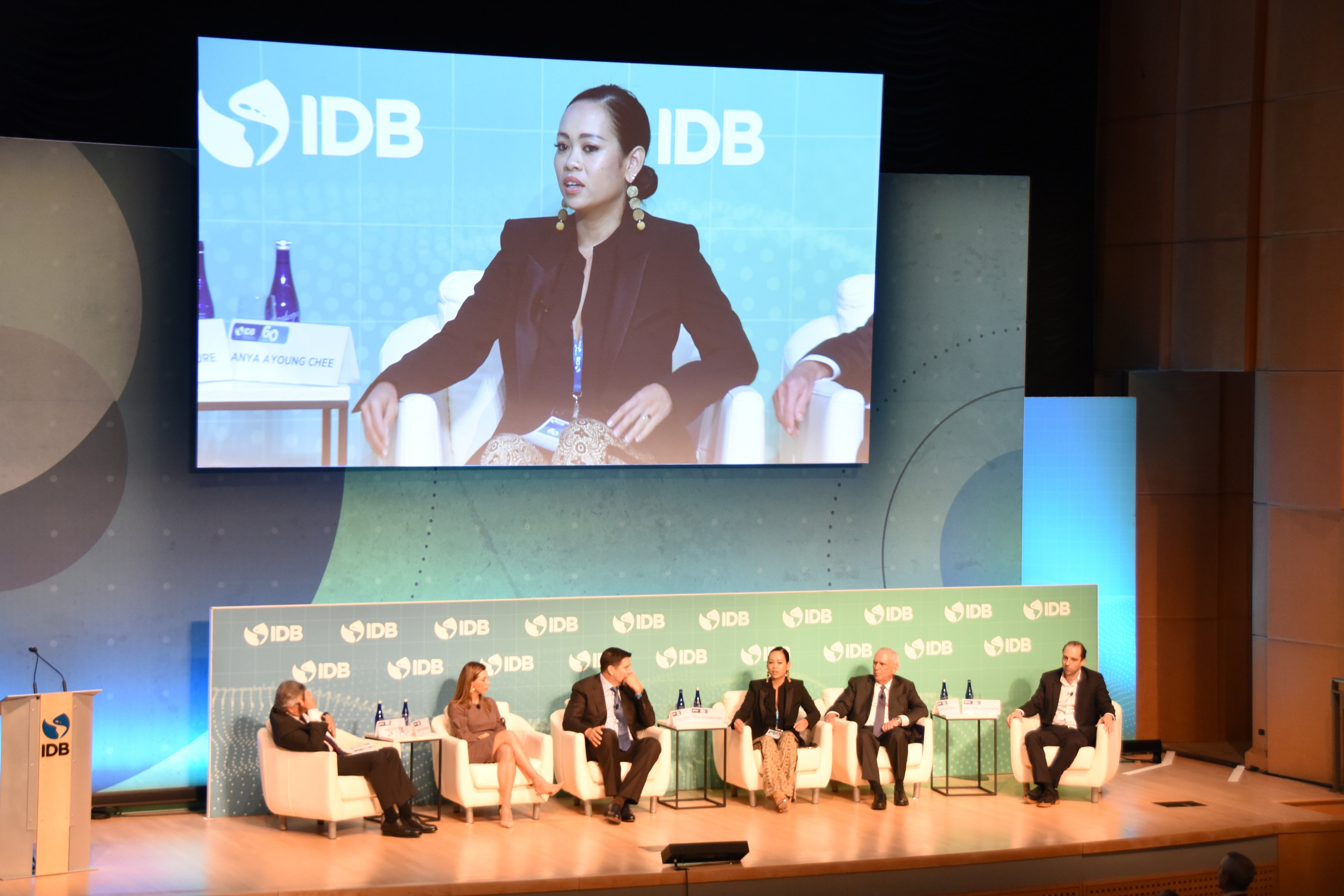 For Trinidad Zaldivar, Chief of the Creativity and Culture Unit at the IDB, the first challenge is to make the case for public administrators in the region to help create a profitable and sustainable creative sector.

“For governments to generate public policies for these industries, they have to understand the economic value they bring,” she says.

“Showcase that value and you make an irrefutable argument.”

The IDB has worked to grow the visibility of the creative and cultural industries in the region through fostering public policies and promoting and boosting them through projects, events, competitions and other initiatives.

A second challenge that Zaldivar identifies is the diversity of the creative sector itself: “Even when you have the policy or the will to support these industries, they are extremely diverse; the fashion industry needs something completely different from the videogame industry or film or literature.”

That reality, she says, is a factor in their relative economic isolation: “They are not associating themselves with others to represent their interests, and we have to create those possibilities, generating spaces and situations where they can exchange knowledge, find inspiration and explore partnerships.”

Ayoung-Chee’s own entrepreneurial journey has included launching an e-commerce platform to offer styles inspired by Trinidad’s Carnival to an international audience. She has also helped independent designers throughout the Caribbean by giving them access to a production facility. In doing so, she is leading the way toward a sustainable and socially conscious fashion industry, focused on local production and the use of local materials.

Ayoung-Chee’s company is now developing a model for building skills and creating opportunities for Trinidadian and migrant women interested in fashion. In doing so, the project seeks to empower women by making them less vulnerable to risks that come with being economically dependent, such as gender-based violence.

Her underlying vision of gender equality matches her entrepreneurial motivation:

“How do we empower ourselves to the point that being equal is not even a conversation anymore – that our true sense of freedom is recognizing that we own our own power? What does it look like when we own ourselves and we own the decisions we make, and we don't wait for somebody to give us that power?”

Discover our publications on promoting growth of cultural an creative industries in the region.