Connected during the Pandemic with Internet Para Todos

Just over a year ago, the Internet reached the small Andean town of Moya, in central Peru. No one had foreseen it, but the timing could not have been better.

The Internet para Todos project (Internet for All) was born to improve the quality of life of  people in isolated communities in Peru. People like Rosa María Cama, owner of a grocery store and purveyor of prepared meals, who had looked forward to preparing new recipes that she would find online.

When internet service finally arrived in June 2019, Rosa María's business boomed. Moya is located just over a two-hour drive south of Huancayo, the capital of the department of Junín, which has a direct rail connection with Lima. Moya was slowly turning into a tourist destination where visitors can see what life is like in a quiet Andean town.

Rosa María began to sell more than ever. Orders for dishes came in at all hours, and she was incessantly looking for new recipes to offer her customers, so they would not get bored of always eating the same thing. After years of hard work, her future looked bright. Then came COVID-19.

In 2018, the Spanish company Telefónica presented an ambitious project with the aim of connecting 100 million Latin Americans to mobile Internet, under an innovative and sustainable model that would overcome the geographic and economic barriers of rural areas. The goal was for connectivity to cease being a privilege for those who live in cities, an all too common problem in the region.

The company Internet Para Todos (IPT) was born in Peru as a product of an alliance between Telefónica and IDB Invest – the private sector arm of the IDB Group - plus Facebook and the Development Bank of Latin America (CAF). The new company set itself the objective of connecting more than 6 million Peruvians in rural areas, deploying 4G service in more than 3,000 existing towers and with the construction of 900 new towers. IPT's first 4G connection platform was launched in Moya - Huancavelica, and since then, it has expanded to numerous locations.

“This is a unique and innovative project of a transformative nature,” said Gema Sacristán, IDB Invest's chief investment officer. "With projects like this we will help close the connectivity gap and solve many development challenges facing the region."
About 8% of Peru’s population — more than two million people — live in small, isolated communities in the jungle or high mountains, with no access to mobile Internet coverage. Up to 12% of the country’s population do not have 3GInternet access, which allows stable video connections, according to an ITP study.

Although mobile telephony reaches 70% of the population of Latin America and the Caribbean, an IDB Invest study indicates that mobile broadband (3G and 4G) has reached only 42% of the population and the figures are considerably lower in rural areas.

To address the problem, Peru's telecommunications regulator created the unique concept of Rural Mobile Infrastructure Operator (OIMR, in Spanish), which has advantages such as the possibility of monetizing the spectrum of mobile network operators in areas they do not cover. However, great difficulties persist, including huge investment needs in capital, infrastructure, technology, logistics and staffing.

IPT, leveraged on the OIMR model, represents a novel answer to many existing problems, combining the efforts of the public and the private sectors to accelerate economic and social development in rural areas.

The Impact of COVID-19

David Vera, a doctor in Moya, is on the front lines of the fight against COVID-19. He is one of 20 people who work at the town's health center and who have faced great difficulties in managing the pandemic.

Despite Moya's physical isolation, social distancing measures reached the town in March, at the same time as in the rest of Peru, although they did not prevent infections. Two entire families were diagnosed with the coronavirus, and many others have shown symptoms. Thanks to access to the Internet, Vera and his colleagues at the health center have been able to receive the latest news about treatments and measures against COVID-19.

"The pandemic has been very noticeable here, we have had difficult days," explains Dr. Vera. "You can turn to the Internet for most things, you know, medicine is wide but you turn to Google right away and you can find out what you didn't know."

Moya's school has been closed since March. The lack of connectivity would have led to a complete halt of education in the town, which has a high percentage of children and young people. But the Internet arrived just in time to avoid it, explains Aydé Valenzuela, the school's director.

"It has allowed us to use virtual tools to strengthen education, to communicate with parents, because everyone has a cell phone that allows them to access the topics," says Valenzuela. “Since March or April, the children have not come to school, and we have started to apply distance learning. At first we connected through WhatsApp and now through Google Meet.” 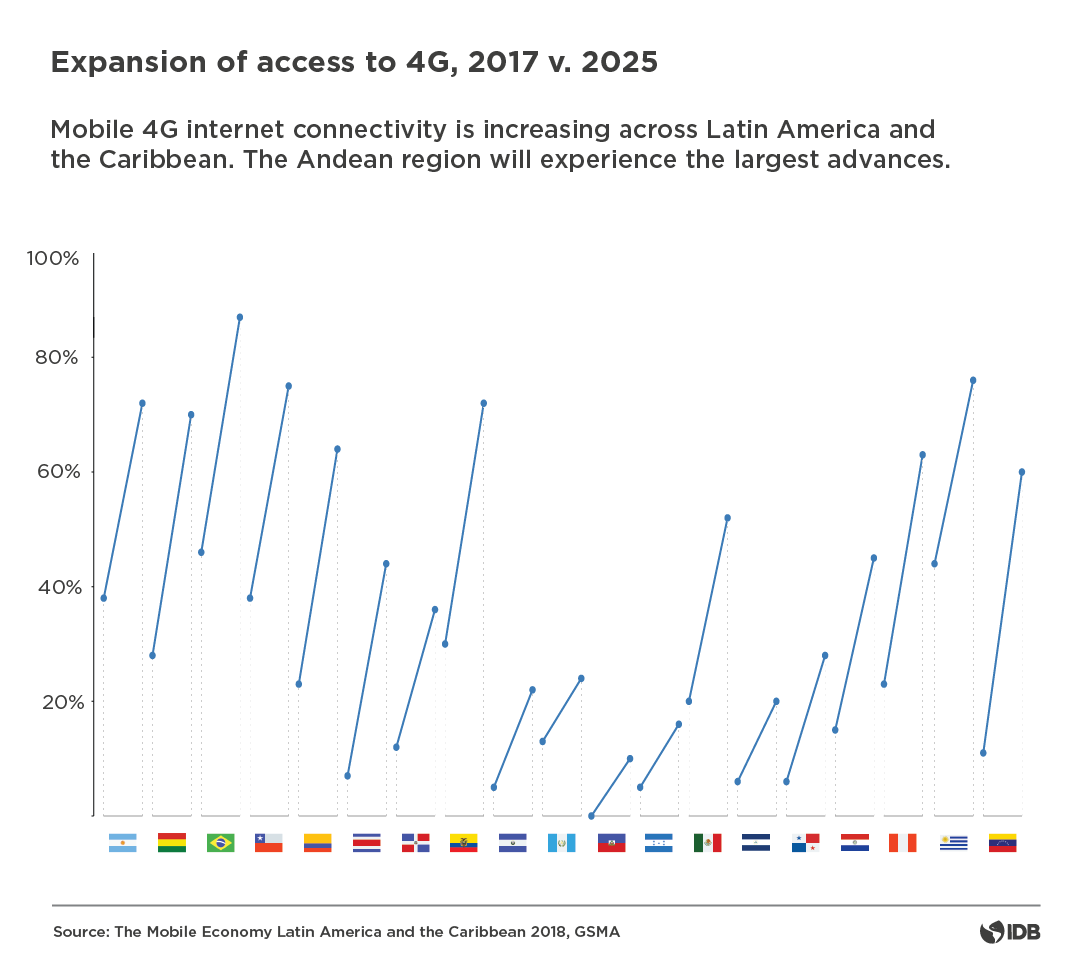 Help in the face of adversity

Things have not been easy for anyone. Rosa María Cama, who is diabetic, had to close her business on March 10 and does not know if she will be able to reopen it. She is afraid to leave her house and she went 20 days in a row without crossing the door.

Right now, she is caring for her mother, also a diabetic, using the savings she was able to make before the pandemic, during the heyday of her business. She doesn’t know if the good times will ever return.

"The Internet helps us to keep abreast of the news, to see how one can be cured, what care can be taken," she says.

Dr. Vera, meanwhile, goes online to study in what little spare time he has: on November 15 he faces an exam to be accepted in his chosen specialization, ophthalmology. If it weren't for the Internet, it would have been impossible for him to prepare for the test.

For Aydé Valenzuela, the school principal, these have been bittersweet times. On one hand, she faces the same difficulties in continuing with distance learning that other educators face in many parts of the world. But, on the other hand, thanks to the Internet she was able to share one of the happiest moments of her life with her loved ones, feeling closer than she could have imagined only a year ago.

“My granddaughter was born in Spain. They showed her to me by video, a video that my son recorded from the hospital because they allowed him, and I saw my first granddaughter’s birth," she says. "She was born on August 3 in Madrid, it was very moving."

To learn more about connectivity, download The Evolution of Mobile Telecommunications in Latin America and the Caribbean here!