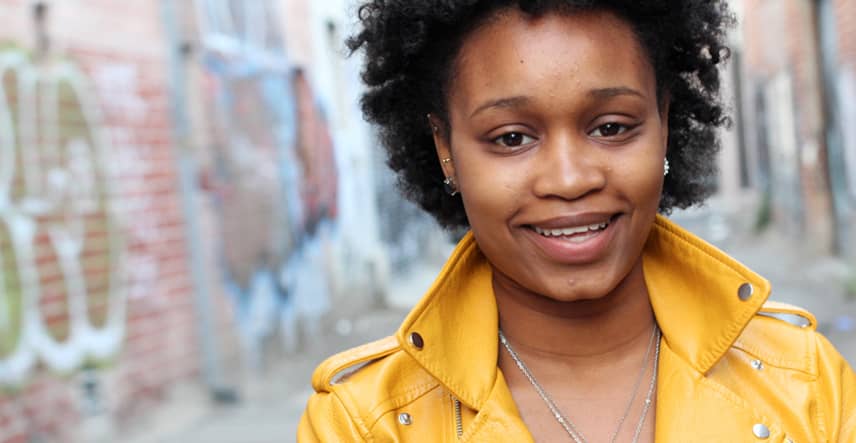 Gender equality contributes to poverty reduction, results in higher levels of human capital for future generations, and improves the development effectiveness of public investments.For all these reasons, promoting gender equality is pivotal to accelerate the process of economic and social development in Latin America and the Caribbean.

That’s why in November 2010 the IDB approved a new Operational Policy on Gender Equality in Development.It commits the Bank to improve its capacity to apply a gender perspective systematically across operations and analytical work, as well as to compromise direct investment in promoting gender equality and women empowerment.

In the last three years, the IDB loans with gender-related results have increased fourfold. That means these loans represented 37% of total Bank Sovereing Guarantee loans in 2013, significantly above the 9% they accounted for in 2010.

Also, the total dollar amount of Technical Cooperation grants and Multilateral Investment Fund projects directly investing in gender equality and women’s empowerment has more than doubled from US$8.2 million in 2010 to US$19.4 million in 2013

Millions of women in Latin America and the Caribbean (LAC) suffer from violence against women (VAW). Depending on the country, between 17% and 53% of women report that they have been victims of violence at the hands of an intimate partner at some point in their lives. The prevalence of VAW varies considerably between countries. 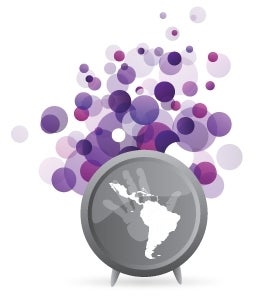 Violence has grave consequences for women as well as their children, ranging from physical harm and psychological problems to death. Women who are victims of violence are less productive and receive lower incomes, resulting in a significant economic impact on the region. VAW is associated with a loss of between 1.6% and 3.7% of GDP in countries throughout LAC.

Source: Violence against women in Latin America and the Caribbean: A comparative analysis of population-based data from 12 countries. Washintong, DC: PAHO, 2012. 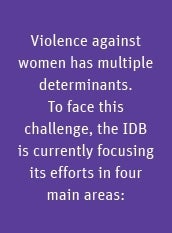 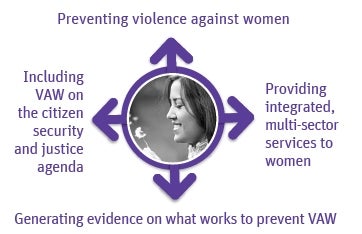 The IDB is investing in innovative approaches to preventing VAW that challenge the model of masculinity that generates violent behavior and seek to transform social norms that perpetuate unequal gender relations. Examples of these programs include:

Planting Seeds of Peace in Manchay

The IDB is supporting governments in LAC to offer quality integrated services that help women access the help and protection they need to break the cycle of violence. Some examples include:

GENERATING EVIDENCE ON THE EFFECTIVENESS OF INTERVENTIONS

Improving the quality and effectiveness of VAW interventions requires the identification of best practices that can be scaled up and replicated. To achieve this, the IDB is leading rigorous impact evaluations of projects that seek to prevent violence against women and to provide services to survivors, for projects financed by the IDB and other innovative initiatives in the region. These evaluations will help inform the design of future projects to reduce violence against women.

Some of the projects currently being evaluated include; CIudad Mujer and the Programs H and M in El Salvador, the adaption of IMAGE in Peru, and Becoming a Woman in Trinidad and Tobago.

In order to improve the effectiveness of investments that address violence against women (VAW), it is important to identify best practices that can be replicated and scaled-up. There is, however, little evidence in the region of which interventions are the most effective.

The Gender and Diversity Division at the IDB is currently leading several rigorous impact evaluations, most utilizing an experimental design, of programs that aim to prevent VAW or provide integrated services to survivors.

The results of these evaluations, both of IDB-financed projects and other initiatives, will help inform the design of future interventions to reduce VAW in the region. 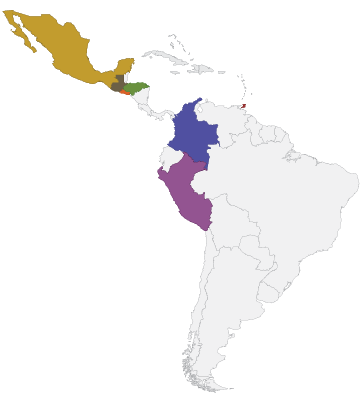 The Program for the Support of Women's Leadership and Representation (PROLEAD), spearheaded by the Gender and Diversity Division, is the Bank’s leading initiative to promote women’s civic and political participation in Latin America and the Caribbean (LAC).

The Program seeks to increase women’s access to decision-making positions and effectiveness in power in order to strengthen democratic processes and institutions in the region. It provides grants to civil society organizations and supports training and research initiatives aimed at fostering women's effective leadership in local and national political development processes.

Since its inception, some of the Program’s main achievements include:

Launched in 1998, PROLEAD was the first fund created by a multilateral financial institution specifically aimed at advancing women’s political empowerment in the LAC region. The Program has cultivated valuable partnerships with its collaborating institutions - UNIFEM, OAS/CIM, UNICEF and UNDP – and donor countries. After providing the initial investment, the IDB has raised additional funds from the Norwegian, Dutch, Swedish and Canadian governments. In addition, NOVIB and the partner agencies have provided parallel funding.

These technical notes and synopses provide guidance on best practices in incorporating a gender perspective into development projects.

They identify the key gender equality challenges that need to be taken into account in the design of public policy or sector specific projects, recommend actions to overcome these challenges, examine the important questions that should be answered during the project and provide indicators for the monitoring and evaluation of results. 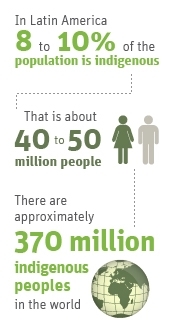 The Inter-American Development Bank (IDB) is committed to advancing development with identity. Indigenous peoples are frequently marginalized by society and their traditional cultures are threatened on several fronts. The IDB seeks to promote sustainable economic development while simultaneously protecting cultural legacies throughout the Western Hemisphere.

Development with identity strengthens indigenous peoples by prioritizing harmonious and sustainable interactions with the environment through the sound management of natural resources and territories, and promoting respect for cultural, economic and social values in accordance with indigenous worldviews. Voice and Visibility: African descendants and the Inter-American Development Bank

The Inter-American Development Bank has a long standing commitment to promote economic development and improving the well-being of communities in the Americas. Quality information and data are key for better incorporating African descendants in development processes and policy making. 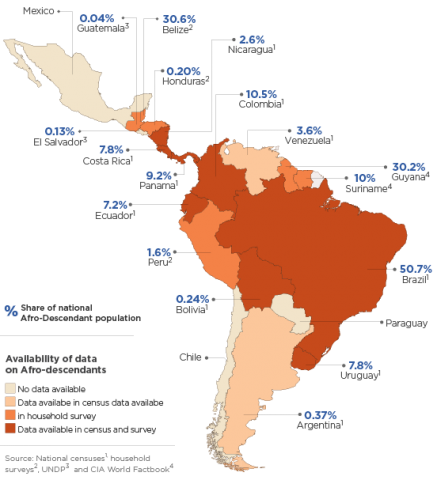 The ongoing exclusion of African descendants from the economic and cultural lives of their nations has an impact on democratic governance, citizen security, and the ability of several subregions to meet strategic development targets such as the Millennium Development Goals. The IDB works through out the region to support their visibility and economic inclusion.

The IDB has recently partnered with the municipal government of São Paulo and the private sector to develop tools to analyze and measure development gaps facing vulnerable groups in São Paulo. This collaboration seeks to leverage the joint capacity of the public and private sectors to improve the livelihoods and opportunities of the city’s Afro-descendant population and has seem supported by several major companies including Carrefour, Citibank, Coca-Cola, Google, Grupo Colombo and Johnson & Johnson.

A Voice for African Descendant Municipalities

The IDB and AMUNAFRO (Association of Mayors of Afro-Descendant Municipalities) have jointly funded the launch of Somosafro.org, designed to provide a voice for the constituents of predominantly black municipalities. This platform allows individuals to propose ideas and solutions to the problems that impact their communities. Suggestions range from promoting cultural identity and social innovation to improving local governance and economic development. Currently, 22 communities in five countries are members of the Somos Afro network.

The Inter-American Development Bank has partnered with National Statistics Institutes , government agencies and scholars from around the hemisphere to fill knowledge gaps on race and ethnicity statistics and provide the tools to tackle the challenges that face the region’s indigenous peoples and African descendants. Some of the results and lessons learned from these activities can be found below. Visit the website
Country at a glance : Colombia
Language: English

Visit the website
Country at a glance : Peru
Language: English In a partnership with the Chilean National Corporation for Indigenous Development (CONADI), the IDB has launched a pilot program to help indigenous peoples that live in Chile’s urban areas. This program involves the creation of public areas for indigenous cultural production, the promotion of inter-cultural communication, and support for indigenous entrepreneurship and innovation.

In 2001, Chile’s Orígenes program was created to support the rural Aymara, Atacameña and Mapuche indigenous communities through innovative development projects, including artistic and cultural programs. Chile secured an IDB loan for US$80 million to support this large-scale development program (US$168 million). Over the past 12 years, Orígenes has improved the living conditions and futures of more than 1,800 indigenous communities, through productive projects and cultural sensitivity training for public officials.