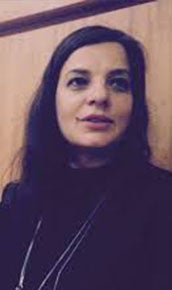 Teresa Bravo is Portuguese and has been a judge for over twenty years, four of them at the international level, with the United Nations Internal Justice System.

In 2019, she also served as President of the United Nations Dispute Tribunal.

She specializes in labor law and presided the Lisbon Labor Court between 2012 and 2013.

She holds a Ph.D. in European and International Law. In 2017, she published her thesis, which was entitled “The Ne Bis in Idem Principle in European Criminal and Competition Law”.

Between 2012 and 2014, she was a visiting researcher of criminal law at the Max Planck Institute in Freiburg im Breisgau (Germany) and at the Institute of European Studies of the Université Libre de Bruxelles.

She has conducted various seminars at the Faculty of Law of the New University of Lisbon and has published several papers on criminal, administrative and labor law.

In 2018, she completed her training as arbitration practitioner at the Swiss Arbitration Academy, and wrote a paper entitled “Confidentiality and Cooperation with Law Enforcement Authorities in International Arbitration.”

She is fluent in English, Spanish and French.