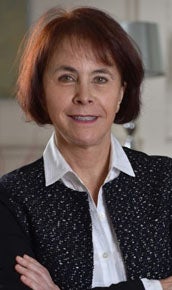 Maria Vicien Milburn, a national of Argentina and Spain, served for more than thirty-five years as an international lawyer in the United Nations System, holding such senior roles as General Counsel of UNESCO (2009-2014), and Director of the General Legal Division of the UN Office of Legal Affairs (2004-2009). She provided legal advice on all issues relating to the operation of the two organizations worldwide; oversaw all commercial contracting; directed the conduct of all litigation and arbitration, and advised on international treaties and conventions. Previously, she served for nearly 15 years as Registrar of the UN Administrative Tribunal. Mrs. Vicien Milburn currently serves as a judge and arbitrator in  the context of disputes of an international character. In 2017, she was designated on the list of panelists of the Dispute Settlement Body of the WTO. In 2019, she was appointed as member of the World Bank Sanctions Board; in 2018, she was appointed as Judge of the Administrative Tribunal of the European Bank for Reconstruction and Development. She also acts as an international arbitrator in cases conducted under the auspices of the International Chamber of Commerce (ICC), PCA and ICSID. She is an observer to UNCITRAL Working Groups II and III on international arbitration, a member of the Arbitration Commission of the ICC, and an advisor to the Board of the Arbitration Court of Madrid. A graduate of the University of Buenos Aires Law School (1974) and Columbia University (LL.M., 1976), she is admitted to practice law in New York and Buenos Aires. The American Bar Association awarded her the 2013 Mayre Rasmussen Award for the Promotion of Women in International Law.