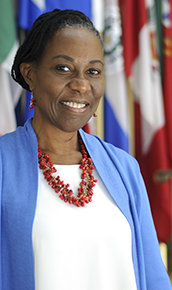 Graciela J. Dixon Caton, Attorney at Law, after 19 years of legal practice as an Advocate and Barrister, served for 10 years as Justice for the Panamanian Supreme Court from January 1998 to December 2007. During her last two years as the President of Panama’s Supreme Court, sensitive improvements to the judiciary modernization program were introduced, among which was the “Paperless Justice” (online procedures) as a step to reduce time and enhance effectiveness in judicial procedures as well as to increase transparency.

Justice Dixon Caton was Vice President and member of the Authority for the Inter Oceanic Region in the Republic of Panama which was in charge of the transition process and development of territories and infrastructure reverted to Panamanian Jurisdiction from the former Canal Zone in compliance with International treaties signed between the Republic of Panama and the United States of America.

At an international level since 2011 until present, Justice Dixon Caton is a member of the Committee of Experts on the Application of Conventions and Recommendations (UN organism).