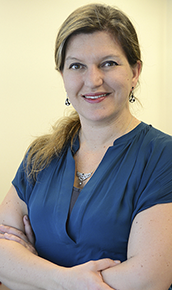 Giuliana Canè, an Italian national, has been appointed by the IDB Board of Executive Directors to serve as the new Executive Secretary of the IDB Group Administrative Tribunal and she took position on January 19, 2016.

Giuliana Canè joined the IDB Group from the World Bank, where most recently she was Legal Counsel in the International Centre for Settlement of Investment Disputes (ICSID). Previously, she worked for various departments of the World Bank Group, including the Investment Climate Advisory Service and the Legal Department (2010-2014 and 2004-2007).

Prior to rejoining the World Bank, she worked at the Italian Prime Minister’s Office where she was in charge of the Investment Chapter of the G8 Italian Presidency (2008-2009). She began her legal career with the law firm Baker & McKenzie in Rome (2001–2002).

Giuliana Canè holds degrees from Georgetown University Law Center (LL.M. in International Legal Studies), the College of Europe in Bruges (Master in Law in European Legal Studies), and LUISS-Guido Carli University, Rome, Italy (Laurea in Giurisprudenza). She is admitted to practice law in the State of New York, the District of Columbia (inactive) and in Italy (inactive).