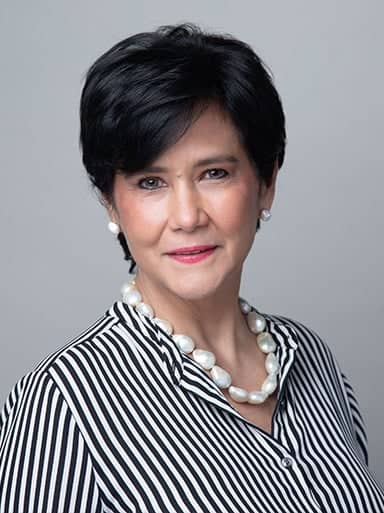 Among several roles prior to her appointment as CEO, Ms. Mejía served as Institutional Clients Group Director for Honduras and Nicaragua as well as Corporate Business and Public Sector Head. During her tenure at Citibank, she was a central actor in all major corporate transactions, supporting all clients. Ms. Mejía also served as President of the Honduran American Chamber of Commerce and Vice President of the Association of American Chambers of Commerce in Latin America and the Caribbean (AACCLA) in the years before joining the IDB. Among positions in her early career, she was General Manager of FUNDES Honduras, a consultancy firm specializing in the development of MSMEs.

In addition, Ms. Mejía has held Board positions or senior roles at several other financial and educational institutions in Honduras and has been active in a range of women’s business-leadership initiatives. She also founded and worked for more than a decade as treasurer of the Honduras chapter of Operation Smile, which has helped more than 5,000 children by providing surgeries to correct cleft lip and palate.

Strategy and Business magazine named Ms. Mejía one of the most influential women in the region in 2017, 2018 and 2019, as did Forbes Central America in 2018.

She holds a bachelor’s degree in economics and an MBA from Southern Illinois University.