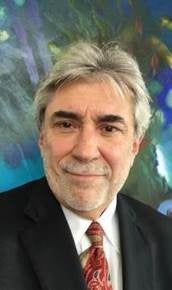 Rafael de la Cruz was appointed General Manager of the Inter-American Development Bank’s Andean Group Country Department in July 2017. While holding this post, he also carries out the duties of IDB Country Representative in Colombia.

Dr. De la Cruz joined the IDB in 2001 as a Senior Economist in the former Regional Operations Department 3. Later in his career he served as Coordinator of the Sub-National Governments and Decentralization Cluster of the Fiscal and Municipal Management Division and chaired the Sanctions Committee, an independent panel that adjudicates cases of prohibited practices involving contractors in IDB-financed projects. He has headed the IDB Country Office in Colombia since 2012. More recently, he was appointed Network Forum Expert of the World Economic Forum (WEF).

Prior to joining the IDB, he was Senior Economist at the World Bank, Director of the Public Policy Center at the Institute for Advanced Studies in Administration (IESA) in Venezuela, Director of the PhD program on Development Studies and Professor of Political Economy and Subnational Fiscal Policy at the Center for Development Studies (CENDES). In the Venezuelan public sector, he served as Director of the Presidential Commission for the Reform of the State (COPRE), where he contributed to lead the process of decentralization and oversaw the relations between the Federal Government with state governments.

In addition, Dr. De la Cruz consulted on public policy, decentralization, subnational fiscal policies, and economic development in Latin America, Africa and Eastern Europe for the IDB, the World Bank, and the United Nations, among other international agencies. He has published numerous books, academic and dissemination papers on macro, development and fiscal economics, public policy, decentralization, and theory of the State.

A dual Venezuelan and Spanish citizen, he received a bachelor’s degree, a master’s degree and a PhD in economics with the highest honors from the University of Paris, France.