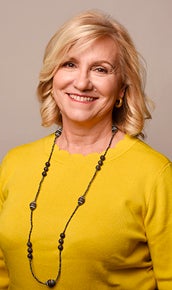 Nuria Simo Vila, a national of Spain, is the Chief Information Officer and General Manager, Department of Information Technology (ITE) of the Inter-American Development Bank.

Ms. Simo Vila possesses more than 30 years of experience in multiple industries and geographies, particularly with complex organizations undergoing transformational IT processes.  She is the former CIO at Campofrío Food Group in Madrid, Spain, where since 2011 she was responsible for the IT Strategy, architecture, governance, services management and security.  Previous to this, she held CIO positions at several global operations such as FrieslandCampina in the Netherlands, EADS in Germany, and Cargill in Spain, the United States and the United Kingdom.

Ms. Simo Vila graduated on Economics Science and Business Administration from the Universidad Central de Barcelona, and started her career as a programmer, taking different roles in the IT industry until she became IT Manager in 1992.