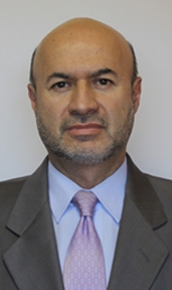 In Venezuela he served as chief economist and corporate strategies manager at the Andean Development Corporation (1994–1998) and was a consultant for several international organizations.

Mr. Lupo Flores has taught at the university level for more than 10 years in the fields of political economy and national economic analysis, and was responsible for a thesis seminar at the Universidad Católica Boliviana (UCB). He was also a professor of microeconomics at the Universidad Nuestra Señora de la Paz and a post graduate professor in international economic relations at the Latin American Faculty of Social Sciences (FLACSO).

Mr. Lupo Flores is an economist with a master’s degree in international economics, money, and banking, and has pursued doctoral studies in production and operations management at the University of Colorado in the United States. He has participated in seminars, conferences, and courses in a number of countries, and has produced a large number of specialized publications on economic subjects.