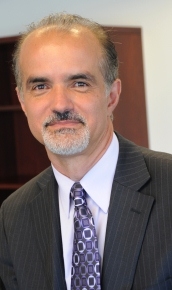 As Executive Auditor, Mr. da Silva reports to the IDB President and the Audit Committee of the Board of Executive Directors. The Office of the Executive Auditor (AUG) provides periodic, independent, and objective appraisals and audits of financial, accounting, operational, administrative, and other activities, including identifying possible means for improving the efficiency and economy of operations and the use of resources.

Prior to joining the IDB, Mr. da Silva was the Chief Audit Executive (CAE) at the Canadian International Development Agency (CIDA), in Ottawa, Canada, a position he had held since February 2009.  His background also includes being Director of Audit Services and Director of Finance and Administration at the International Development Research Center (IDRC), also in Ottawa, as well as four years working at the Supreme Auditing Brazilian Institution, in Brasília.

Mr. da Silva has a degree in Business and Public Administration from the University of Brasilia.  He is a Certified Management Accountant (CMA), Certified Information Systems Auditor (CISA), and Certified Internal Auditor (CIA).