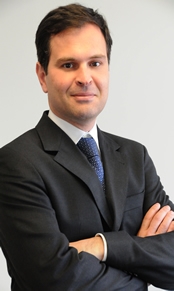 Alexandre Meira da Rosa, a Brazilian citizen, was appointed Vice President for Countries in June 2014. Mr. Rosa was recruited to IDB in July 2010 to serve as Manager of the IDB's Infrastructure and Environment Sector. During the last decade before joining the IDB, Mr. Rosa held different positions in Brazil’s Federal Government.

Until May 2010, Mr. Rosa was Vice-Minister in charge of International Affairs at the Ministry of Planning, Budget, and Management. Through this position, he represented his country on the IDB Board of Governors and five other multilateral development institutions, serving as the leading Brazilian officer formulating policies in said institutions. In that capacity, he also headed the Committee on External Financing (COFIEX), the Brazilian government body responsible for the approval and monitoring of execution of all development projects—at the three levels of government-financed with external resources.

As a member of the Financing and Guarantee Committee (COFIG) between 2004 and 2010, Mr. Rosa participated in the structuring of loans and guarantees provided by Brazil to overseas infrastructure projects through the National Bank of Economic and Social Development (BNDES).

Mr.  Rosa was also a member of the Board of Furnas Centrais Elétricas S.A and the Board of Banco Popular do Brasil, a micro-finance subsidiary of Banco do Brasil.

Before becoming Vice-Minister, Mr. Rosa also served as Deputy Vice-Minister and Economic Advisor to the Minister of Planning. During this period, he participated in the development of the Brazilian legislation for Public-Private Partnerships (PPP). He also contributed to the foundation of the PPP Unit at the Brazilian Federal Government and participated in the formulation of the investment parameters for the 2004–2007 Multi-Year Investment Plan of the Brazilian Federal Government.