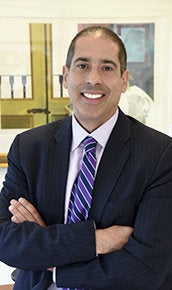 Alberto Rivera-Fournier, a U.S. citizen, joined the IDB’s Office of Ethics as the Chief Ethics Officer in April of 2018. As Ethics Officer, Mr. Rivera-Fournier provides advice to management and employees on the application of the Bank's Code of Ethics and Professional Conduct, oversees Misconduct investigations, and leads training programs aimed at increasing awareness on ethics issues.

Prior to this appointment, Mr. Rivera-Fournier served as Associate Inspector General for Management and Strategic Initiatives at the Office of the Inspector General for the Federal Reserve and Consumer Financial Protection Bureau. In that role, he was responsible for strategic planning, management operations, organizational health and performance, communications, and congressional and media relations.

Earlier in his career, Mr. Rivera-Fournier served as an attorney at the Federal Trade Commission, where he worked on consumer protection cases; the U.S. Office of Special Counsel, where he worked on federal employee investigations and prosecutions; and as Deputy General Counsel at the Puerto Rico Federal Affairs Administration.

Mr. Rivera-Fournier holds a Bachelor of Arts in Latin American studies from Wesleyan University and a Juris Doctor with honors from The George Washington University Law School.